It is a very human thing to look for the largest of anything. Here in Humboldt County, we have the world's tallest trees and largest stonefly. We have giant water bugs and giant silk worm moths, and so it is easy to overlook small things. But I find them fascinating.

Yesterday I saw a column of tiny motes dancing in a shaft of sunlight. Curious, I grabbed one. Those columns tiny of flying insects dancing in the sun are generally gnats. This is their equivalent of a "Meat Market," guys looking to hook up with gals. I find it wondrous that for millions of years life in such a small package has been successfully living out their destinies. As larvae they seek and find food, eat, molt several times as they grow and eventually emerge as adults, seek mates, breed and lay eggs. This is all encoded into a living being a millimeter long and weighing less than a milligram. 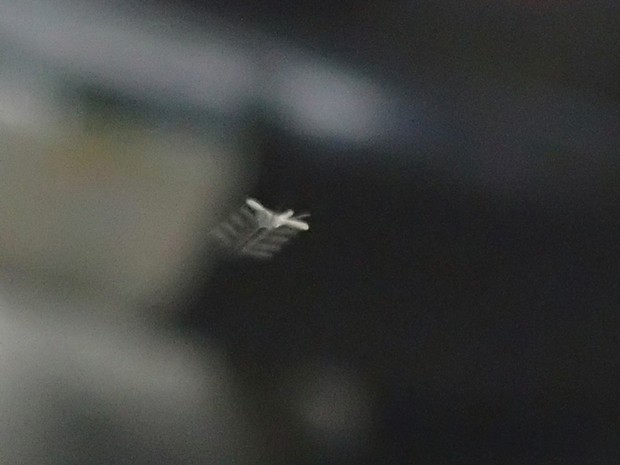 The term “gnat” is an ambiguous thing. Almost all are members of the order of two-winged flies. Various authorities include or exclude different sub orders, so the term has little real technical standing.

One 1/100 second exposure clearly shows five complete wingbeats. This demonstrates the organism was using “asynchronous muscle actuation,” through which a single nerve impulse can activate a muscle multiple times. It's what allows flies to beat their wings faster than about 60 beats per second, the speed limit for pretty much all animal's nerves firing.

I was able to get unusually close to a tiger beetle, one of my favorite predators. I think it was less wary due to the cold. 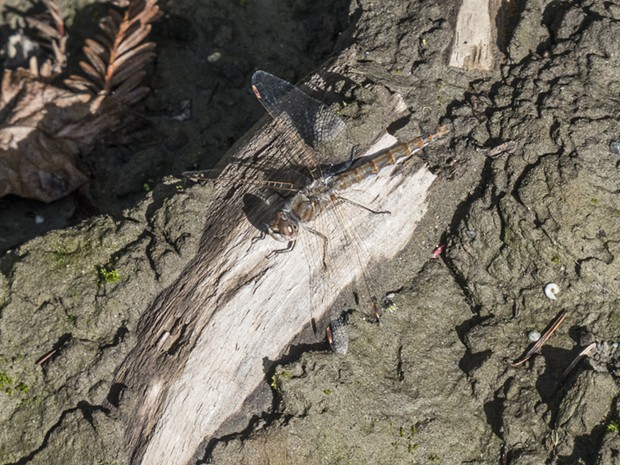 Variegated meadowhawk dragonflies are back on the Van Duzen River. For the last five years, I've observed and reported this usually warm weather species overwintering in an area where we get nightly frost and windowpane ice on puddles.