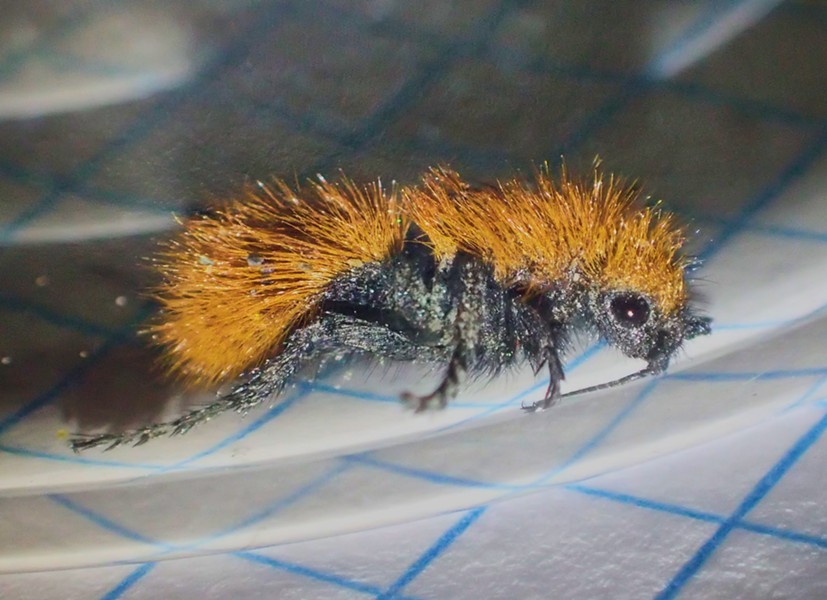 I usually discourage folks from bringing me insects since I do not actively collect, but when my son told me he had what he thought was a very fuzzy, wingless wasp, I was delighted.
While it might not be politically correct to stereotype red heads as fiery, you might want to give this ginger girl a wide berth. Introducing the velvet ant. Not truly an ant, she is a solitary wasp of the family mutillidae. Sporting one of the longest stingers in the insect world for her size — and one of the most painful stings — gives rise to her other common name: cow killer. She also has one of the hardest shells I know of, making it difficult to even drive a pin through one. All this armament helps her get away with laying her eggs in the nests of other wasps to consume their larvae and pupae. There are yellow, white and black and white varieties, as well. 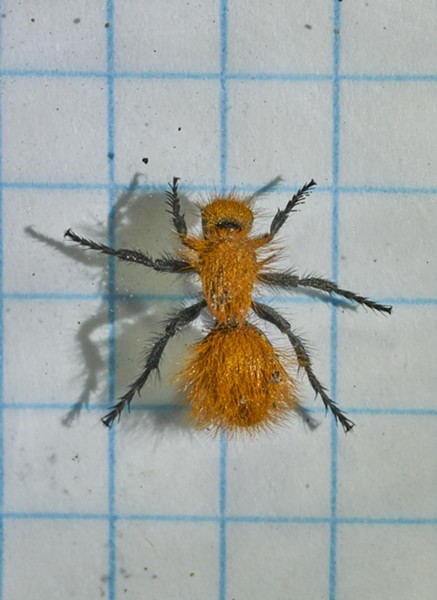 While I doubt cows actually die from the sting, this little lady is rated pretty high on the Schmidt insect sting pain index. She ranks a solid 3 on a scale from 1 to 4, a bit beyond the bald faced hornet. 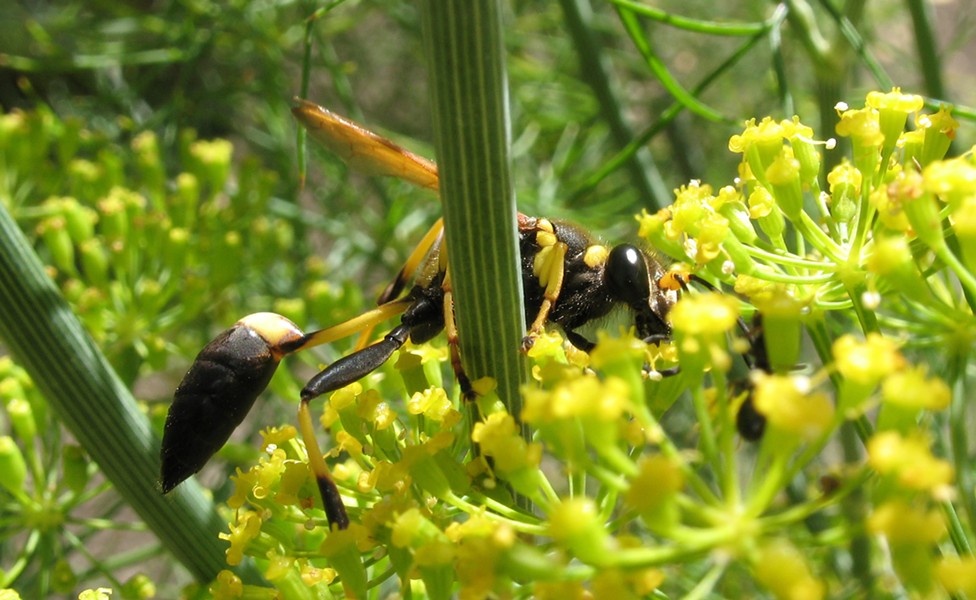 I disagree with Schmidt's assesment of the black and yellow mud dauber (Sceliphron caementarium)  as a 1 from personal experience. She is a striking creature said to seldom sting. Taking the term “wasp waisted” to an extreme, her long, thin pedicel (the part that connects her abdome to her thorax) is distinctive. This spider hunter builds tubular mud nests, stocks them with half a dozen or so paralyzed spiders, seals them in with a single egg and then sets about building another tube, often building a considerable cluster of them.

Although not considered aggressive, she will sting to defend her nest. When I was about 6, one landed on my thumb. My dad said, "Don't hurt it and she won't sting you." With that she stung me for no reason I could think of, then flew away. My thumb swelled up like a plum and it left a callus that lasted for 40 years.

In the case of wasps and bees, only the ladies are dangerous. The stinger appratus is actually a modified ovipositor (egg laying structure) found only in females.