HumBug: Spiders in a Car What do you do when you're driving and a spider runs across the inside of your windshield? Like any good entomological photographer, I pulled over at a safe place and took its picture, of course. Done with the photo shoot, I hearded it onto an envelope and ushered it outside.

Really, spiders are nothing to get worked up about. First of all, there are only a very few that can cause you more than a transient itchy spot. Second, they don't want to. Venom is an expensive commodity, biologically speaking. They don't really want to waste it on something that's too big, not only to eat, but to comprehend. On its best day the spider with the best eyesight can't focus much more than a few inches in front of itself. Given the opportunity, they will flee rather than get hand-to-hand combat close. That close-up photo allowed me to discern leg length and eye spacing, which are diagnostic for identification. It is a running crab spider, genus Philodromus. 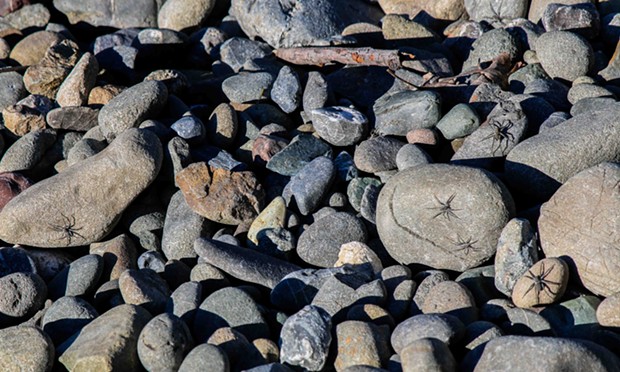 Today I saw dozens of small wolf spiders (family Lycosidae) fleeing in front of me as I made my way across an open space. A quick back-of-the-envelope calculation estimates Humboldt county's lycosa population around 28 billion. That's probably enough to carry me off but not once have I been attacked. This family is notable in the maternal care the mothers provide, carrying their eggs around in a silk purse and allowing their babies to hitch a ride on their backs once hatched. 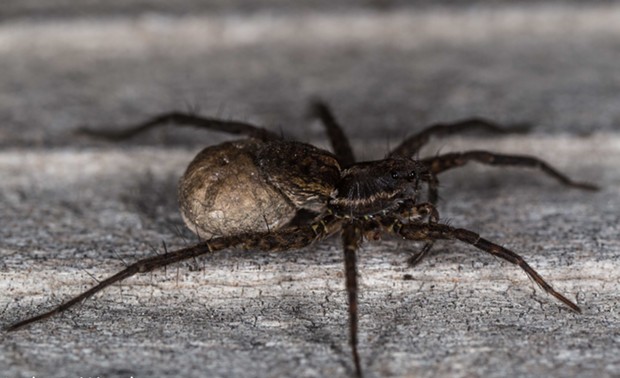 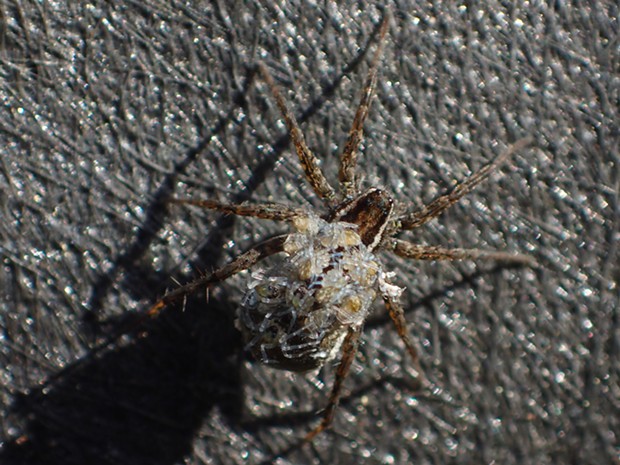 Another species of wolf spider which lives on our local river bars is the beach wolf spider (Arctosa littoralis). They can get pretty large for a local spider with a leg span up to the size of a half dollar, and are numerous in their preferred sandy, rocky habitat. This mother hides the nest for her babies under rocks. 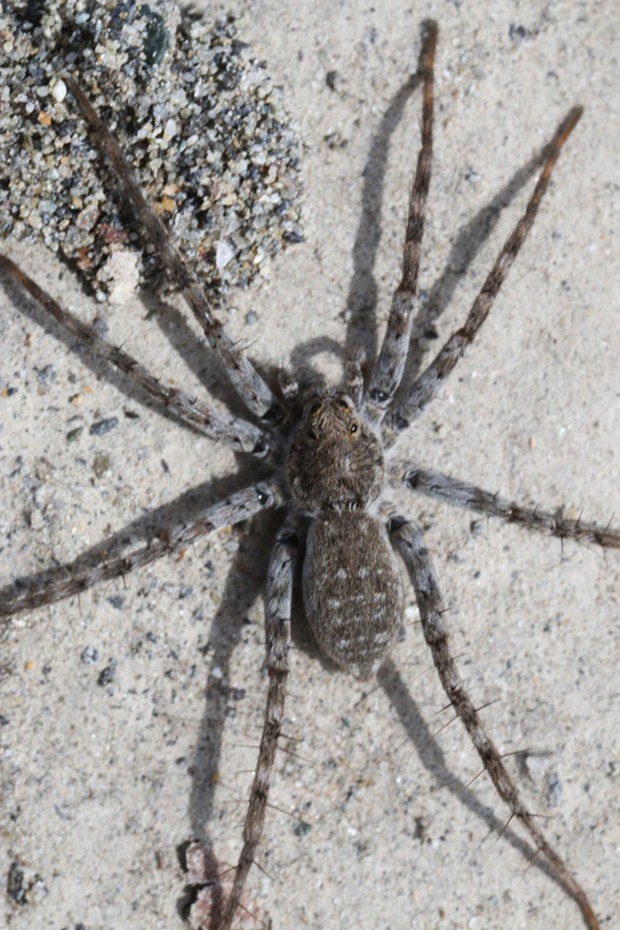 Like most people spiders give me the willies, but despite the instinctive “Creep Factor,” once I got to learning about them I find many are really pretty cool.