HumBug: The Return of Old Friends Tonight, following our second rain of the season, I went out, camera in hand, looking for one of my favorite insects. Pterotus obscurripinis, our local glow worm. They hide in the ground all summer long awaiting the wet season. Serious snail hunters, they feed on some of our smaller local native land snails and slugs. If that wasn't enough to endear them to you, they glow. Larvae of both sexes can do it, as well as adult females, which keep their larval form. 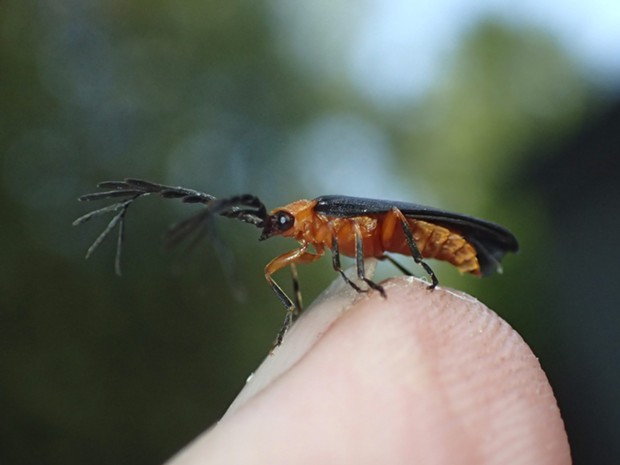 In April through May, the males loose their bioluminescent ability, change into a classic beetle shape with the addition of ferny antennae, and fly away to seek a mate. I've written more about them here and here. Although they seem to me to be fairly common, most folks don't know about this fascinating local cousin of the flashier eastern lightning bugs. To wrap up a process I related some time ago regarding the pollination of our local streamside chatterbox orchids (Epipactis gigantea), those very blossoms I photographed being visited by a hoverfly were indeed pollinated. The above ground parts of the plants are all withered away and the seed pods split releasing tens of thousands of seeds to be washed downstream to germinate next year. 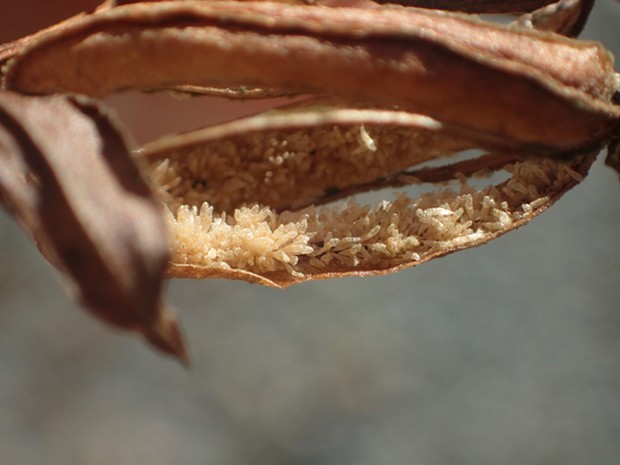