Charlie emerges from his long Hangover hangover, and skips the sequel 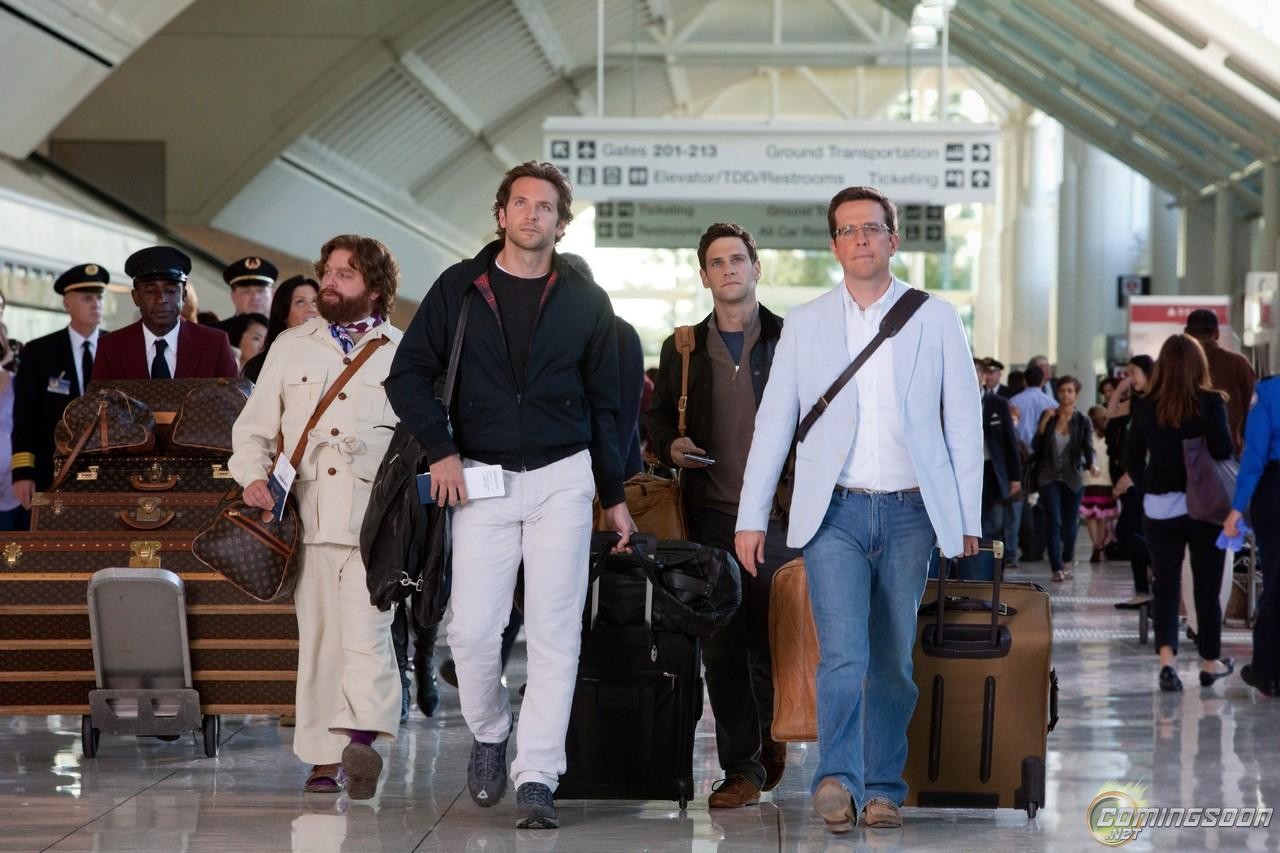 As regular readers of the the Journal’s Filmland section are well aware, reviewer-in-chief Charlie Myers does not, can not and will never appreciate The Hangover. Period! While looking back, you’d hardly call his initial review “scathing,” (see “Land of the Dudes,” June 11, 2009) the film uniquely tweaked Charlie in such a way that it has popped up as a go-to reference for all-things-crap in his reviews ever since. Maybe he was perturbed by the film’s slow burning success -- $277 million domestically to date. Or maybe he was befuddled that a flick he found to be so unimpressive went on to be celebrated as a triumph by many of the industry’s top critics -- even winning the Golden Globe nomination for Best Motion Picture (Comedy or Musical). Who knows?

One thing’s for sure though: If you’d like to hear Mr. Myers pontificate about how horrible The Hangover was, you’re going to have to buy him a drink at your favorite watering hole, because you’re not going to see him bemoan the flick's shoddiness in print again. Ever.

Why? To coincide with the release of the sequel, the Journal has issued a Hangover-bashing cease and desist order. In fact, we made Charlie put it in writing:

“Ok, I promise never to mention The Hangover again! I’m sure I can find some other film to beat to death. --Charlie”

Watch out, I Love You, Beth Cooper! Charlie’s comin’ for ya!

To ensure that the sequel’s release doesn’t birth another ever-spewing hate geyser, the dudely duty of seeing The Hangover II fell to this junior reviewer. (Or maybe Charlie just wanted a restful Memorial Day. Either way, he’s been spared.) The film reunites virtually the entire principal cast from the first film -- including leads Bradley Cooper, Ed Helms and Zach Galifianakis, along with director Todd Phillips -- for more questionable pre-wedding exploits, this time in Thailand (referred to by Galifianakis through the duration as “Thigh-land.”)

As you may be aware, to write a synopsis of The Hangover II, one needs only to make Madlib-substitutions of some words in the description of the previous movie. “Las Vegas” becomes “Bangkok”; “Doug” becomes “Stu”; “marries a stripper” becomes “has sex with a Thai ladyboy”; and so on. The film’s rehashed framework is really just a canvas for the sometimes subversive but more often simply shock humor. (I couldn’t help thinking that’s probably the first time Thai ladyboy penis has been on a Coming Attractions screen). For fans of the first film, of course, the repetitiveness is a positive. For Charlie, not so much.

Without question, Galifianakis gives the film’s most laudable performance. Early Zach-less scenes full of wooden dialogue are forgiven as soon as he first bursts onto the screen. From then on, there’s not a moment he’s on screen where his arbitrary sounds and actions aren’t demanding your attention, even if they come in the midst of often weak material. If anyone in the comedy realm is currently “hot,” it’s him.

While The Hangover II, for sure, is watchable and at times hilarious, you can’t help but feel as though its producers, as is common in Hollywood, are taking your money twice for one good idea. Maybe Charlie was right to loathe these people after all. Rated R for all of the things you can give a film that rating for. 102m. At the Broadway, Fortuna, the Minor and Mill Creek.

X-MEN: FIRST CLASS. Fifth in the Marvel mutant superhero franchise, directed by Matthew Vaughn (Kick-Ass). This prequel set in the '60s traces the roots of the beef between Professor X (James McAvoy) and Magneto (Michael Fassbender), but first they work together battling the Hellfire Club, a secret mutant society led by Sebastian Shaw (Kevin Bacon), and they stop a nuke war by helping JFK with the Cuban missile crisis. 132m. Rated PG-13 for intense sequences of action and violence, some sexual content including brief partial nudity and language. Opening Friday at the Broadway, Mill Creek, the Minor and the Fortuna.

SHARKWATER. OC/Surfrider/Baykeeper Ocean Night moves to Friday with an underwater doc from filmmaker Rob Stewart, who is out to debunk shark stereotypes as bloodthirsty, man-eating monsters and show us why they're nice, cuddly even, and should be saved from extinction. At the Arcata Theatre Lounge.

BRIDESMAIDS. A lovelorn maid-of-honor bluffs her way through wedding weirdness with hilarious results. Rated R. 125m. At the Broadway, Mill Creek and Fortuna.

PIRATES OF THE CARIBBEAN: ON STRANGER TIDES. Disney plants another money tree. Rated PG-13. 137m. At the Broadway, Fortuna, the Minor and Mill Creek.

RIO. A domesticated Macaw believes he is the last of his kind, until he learns there's another Macaw in Rio. Vacation! Rated G. 99m. At the Broadway.

SOMETHING BORROWED. Things you shouldn't borrow: Your friend's fiancé. Rated PG-13. 113m. At the Broadway.

THOR. Powerful but arrogant warrior is cast down to Earth to live among humans. Running out of comic books. Rated PG-13. 117m. At the Broadway and Mill Creek.

WATER FOR ELEPHANTS. Reese Witherspoon and Robert Pattinson fall in love because of their compassion for a special circus elephant. Rated PG-13. 121m. At the Broadway.