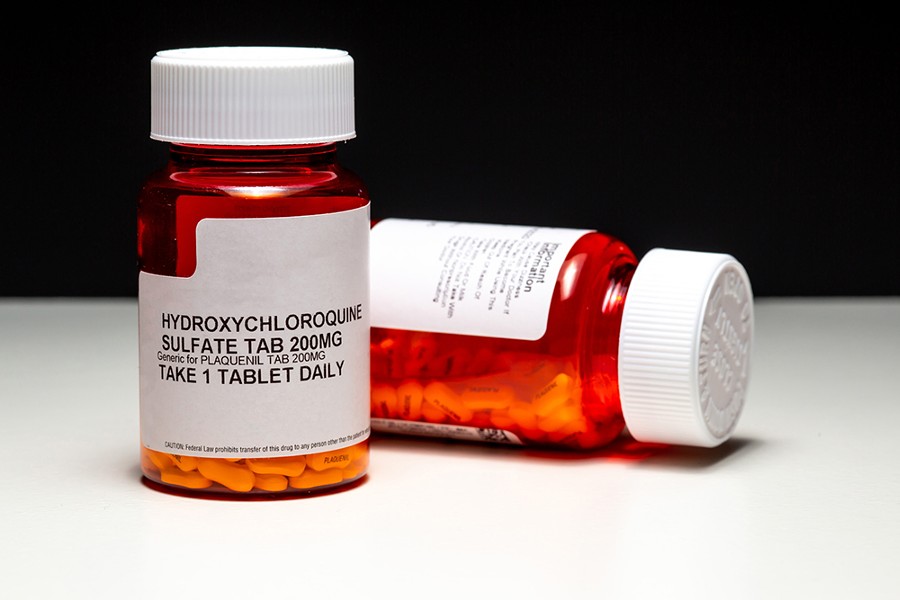 Donald Trump, May 19, 2020: "Couple weeks ago I started taking [hydroxychloroquine]. Cause I think it is good. I have heard a lot of good stories. And if it is not good, I will tell you, all right, I am not going to get hurt by it."

Let's rewind from the present:

May 26: Due to safety concerns, the World Health Organization suspended hydroxychloroquine from its global drug trials involving 3,500 COVID-19 patients in 17 countries.

May 22: The Lancet published a study involving 96,032 COVID-19 patients from 671 hospitals worldwide on the effectiveness of hydroxychloroquine, or the similar drug chloroquine, in treating the disease. It found that not only did it offer no benefit, but it increased the risk of heart arrhythmias and death compared to those who did not receive the drug. Of the ones taking hydroxychloroquine, 18 percent died; of those taking chloroquine, 16 percent died. Only 9 percent of the control group (who took neither drug) died.

May 11: Researchers at the University of Albany looked at 1,438 patients with coronavirus who were admitted to 25 New York City area hospitals. Although the death rate for those taking hydroxychloroquine was about the same as those who did not take it, patients on the drug were more than twice as likely to suffer cardiac arrest during the course of the study.

April 16: A Brazilian study testing chloroquine for COVID-19 was stopped early in patients taking a high dose of the drug after some of them developed dangerous heart rhythm problems.

And on and on. It's fair to say that the use of hydroxychloroquine (or chloroquine) as a treatment option for COVID-19 is not just unproven, but potentially dangerous. So just what is this stuff, and why is it promoted as a fix for the virus?

The story really goes back to the 1600s, when Jesuit missionaries noted that bark extract from the cinchona tree was used by Native Peruvians to prevent and treat malaria. It was later isolated as quinine, the substance that gives tonic water its bitter taste. Hence the popularity of gin and tonic among the Brits in malaria-riddled India during the British Raj.

Fast forward to 1955, when an advanced, synthetic form of quinine, hydroxychloroquine (brand name Plaquenil) was approved for medical use in the United States. It's one of the WHO's "Essential Medicines" (i.e., safest and most effective medicines needed in a health system) and is the 128th most commonly prescribed medication in the U.S. Currently used to treat autoimmune diseases such as lupus, it's also a cheap and effective prophylactic against many forms of malaria. So when COVID-19 appeared, researchers tested it on the new virus in vitro (essentially, in a test tube). Sure enough, hydroxychloroquine inhibited replication of the virus. But test tubes aren't people. Nor are lab animals. ("Mice lie and monkeys exaggerate," according to the tenets of infectious disease researchers.)

It's not an open and shut case, of course. Hydroxychloroquine may yet prove to be of use against COVID-19. Currently, Duke University is conducting a large-scale trial of its use as a prophylaxis for health workers. This is one of the "carefully controlled trials" recommended by the Lancet study. And in another uncontrolled study, the Mexican Health Ministry recently announced that low-to-medium doses would be given to some 20,000 COVID-19 patients in their homes.

Meanwhile, on May 24, the president announced he was no longer taking it.