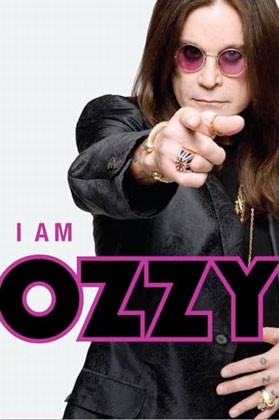 "Other people's memories of the stuff in this book might not be the same as mine. I ain't gonna argue with 'em. Over the past 40 years I've been loaded on booze, coke, acid, Quaaludes, glue, cough mixture, heroin, Rohypnol, Klonopin, Vicodin, and too many other heavy-duty substances to list. On more than a few occasions I was on all of these at the same time. I'm not the fucking Encyclopedia Britannica, put it that way."  - Ozzy Osbourne

John Ozzy Osbourne, a burglar once jailed for hustling cloth diapers for pub fare and pints, emerged from the industrial city of Birmingham to become the singer of heavy metal's original band, Black Sabbath. After 30 years of fumbling success only to have it return like Noah's dove, Ozzy, a self-induced Forest Gump, brought the world into his home by way of his family's TV show, The Osbournes.

Chris Ayres, an astute ghostwriter, carefully captures the Prince of Darkness's enumerable euphemisms for intoxication, rhythmic strings of expletives and unforgettable anecdotes. We laugh with him, we laugh at him, and he doesn't care -- Ozzy departed from dignity a lifetime ago and has not once desired its return. For those familiar with Ozzy's arrest for lifting up his frock and pissing on the Alamo, or the times he's bitten the heads off of unsuspecting winged creatures, this is no surprise.

These experiences are briefly disclosed between many others of equal absurdity. Such as when a newly-formed Black Sabbath performed at a Christmas Eve "dance" for a group of women from the local asylum, or when the band and crewmembers, after repeatedly experiencing America's newly discovered sexual liberation, found themselves standing bare arsed and elbow to elbow waiting to receive shots of penicillin; an instance that spurred Ozzy's casual reminiscence, "Catching some exotic disease was always a big worry when we were in America."

Throughout we see a multifarious bloke whose genuine naivety propels him through a world that's long left him behind. During The Osbournes, when sitting in the "safe room" smoking a joint and having a good old rummage under his ballsack, Ozzy's paranoia leads him to discover a camera capturing his sanctifying moment. Though he's rightfully distressed by its presence, he unknowingly turns a violation of privacy -- most likely permitted by his wife Sharon -- into a slapstick performance.

Ozzy's memory may be hazier than Redwood Park on 420, however, unlike countless memoirs by people more "dignified," Ozzy doesn't utilize that as an excuse to paint a rosier picture of himself. Ozzy confesses his mistakes, expresses his regrets, and owns his failures -- with humor and humility. So much so, that if one were to ask him what the future brings he would tell you, "Don't ask me, I don't know!"