I Am Virgo, Hear Me Roar 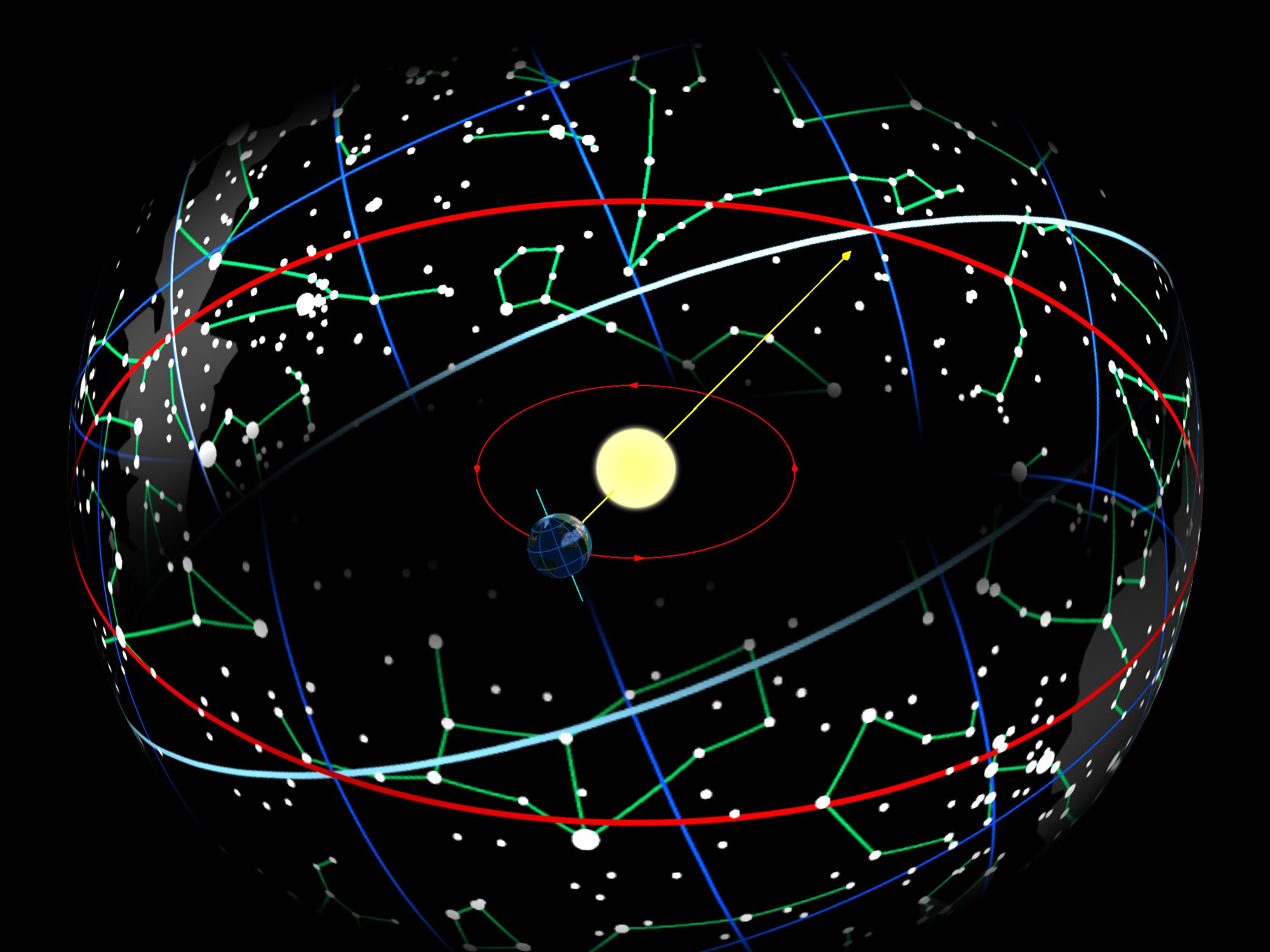 I'm a Leo, honest. I was born on Sept. 6, 1942, when the sun was firmly in the constellation Leo. Another couple of degrees to the west and it would have eclipsed Regulus, Leo's brightest star. Yet, as my wife (born Aug. 2) happily -- smugly, even -- points out, any newspaper horoscope classifies me as a Virgo. What's going on? Why isn't my horoscope sign my sun-sign? How come I'm cheated out of my leonine birthright?

Around 600 BCE, the ancient Babylonians divided the ecliptic -- the sun's annual path through the sky relative to the background stars -- into 12 parts, each one corresponding to a constellation. For instance, if you were born during the 30-day period when the sun was "in" Capricorn, your sun-sign was Capricornus. At the same time, they came up with the idea of the vernal equinox. Imagine two vast circles in space, one an extension of Earth's equator (the celestial equator) and the other the plane of Earth's orbit around the sun (the ecliptic). The vernal equinox is one of the two annual points in the sky where the two circles appear to intersect.

The Babylonians' calendar year started with the vernal equinox, which in their era had the sun in Aries. Five hundred years later, Greek ace-astronomer Hipparchus used old Sumerian records to show that the vernal equinox was "moving" along the ecliptic. Today the vernal equinox is in Pisces, the next constellation over from Aries -- and someone born "in" Leo is (unfairly!) branded a Virgo.

Blame the precession of Earth's axis for the discrepancy. Like a spinning top, Earth's spin precedes, or wobbles, as its axis of rotation traces out a cone. For that, you can blame our rotating sun (about once every 27 days -- it varies with latitude -- relative to the background stars) which exerts a torque on the spinning earth. One full wobble takes 26,000 years, so we'll be back to where the Babylonians started out in another 23,000-odd years.

So siderially, I'm a roaring Leo (sez here: confident, generous, loyal...), while tropically I'm one of those analytical, fussy and skeptical Virgos. That can't be right. Me, skeptical?

Barry Evans (barryevans9@yahoo.com) knows in his heart the only reason he doesn't believe in astrology is that he's a Virgo. The book of his first 80 Field Notes is available at Eureka Books.