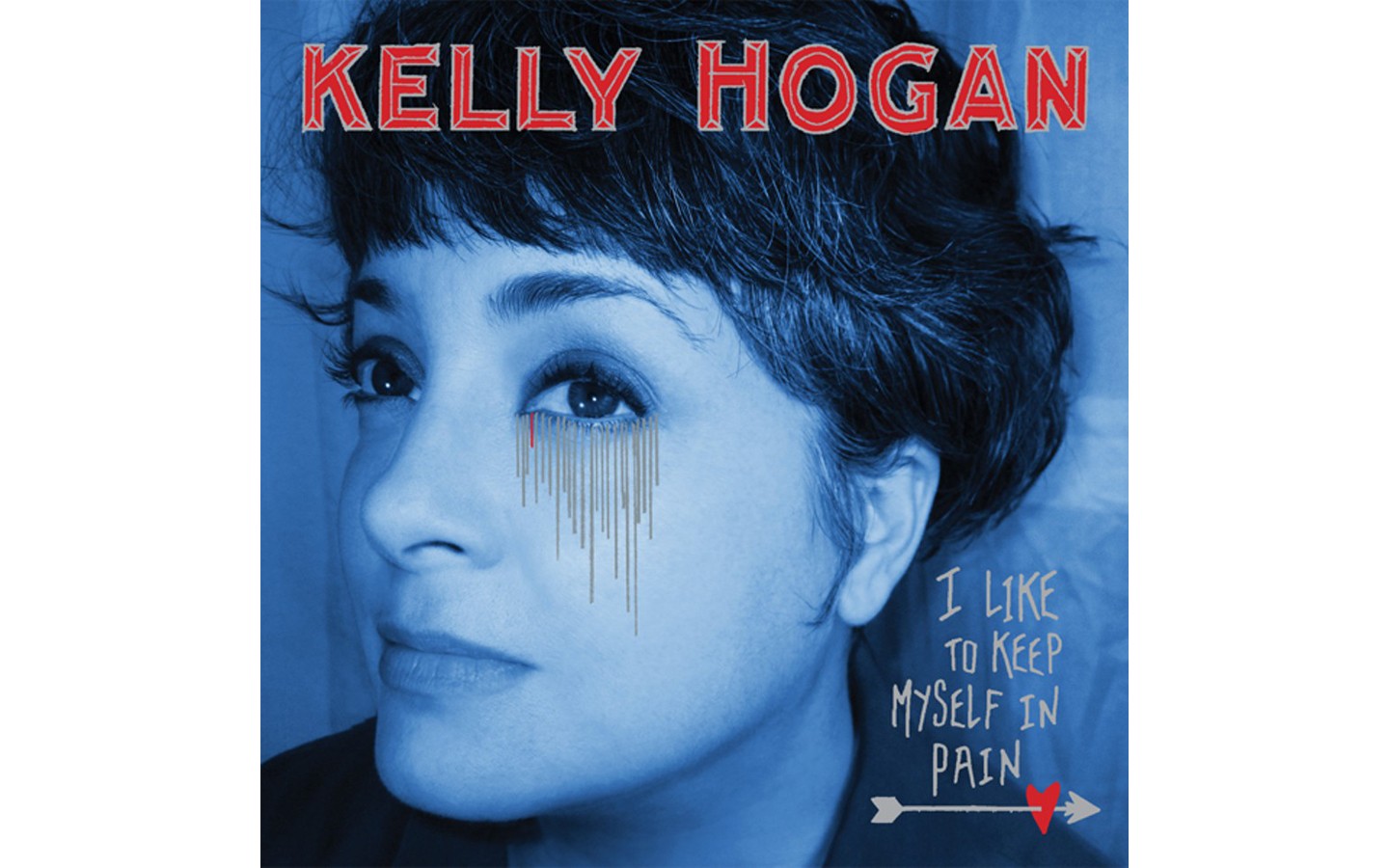 Kelly Hogan is what one might call an active wallflower. Hogan is best known as a superb back-up vocalist for an impressive and long list of musical icons and indie heroes - including Mavis Staples, Alejandro Escovedo, Jon Langford and most importantly, her close friend, Neko Case. After an auto accident tragically killed two members of her ‘90s band The Jody Grind, Hogan left center-stage, while moving laterally on the stage floor. Scattering three solo records from 1996, Hogan has released her first solo effort in over a decade for the esteemed Anti- label. It's high time, and fortunately for Hogan, her timing is perfect.

When Anti- president Andy Kaulkin proposed working on a record with her in 2009, Hogan recalled in a recent Chicago Tribune interview, "I thought I was being punked." But she was mistaken. On the suggestion of Kaulkin, Hogan amassed songs with musicians/artists whom she had collaborated with for the past two decades. She ended up writing 40 fan letters for song requests. Kaulkin brought in legendary Stax keyboardist Booker T. Jones, veteran LA session drummer James Gadson and bassist Gabriel Roth, founder of Brooklyn's Daptone label (and one of Sharon Jones' Dap-Kings. Hogan asked NRBQ guitarist Scott Lignon, who assisted her with basic arrangements, to complete her backing band.

The result, I Like to Keep Myself in Pain, is a masterful union of pop sensibilities with country-soul, recalling a prevalent sound amongst Southern-based musicians and songwriters in the late ‘60s and early ‘70s. Taking certain cues from the classic Dusty in Memphis, Hogan finds herself with an inside track. Her voice reveals her deep Georgia-based roots; she simultaneously draws inspiration from pioneers who forged a merging of genres into the mainstream - namely Bill Withers and Charlie Rich. Both artists, reared in the South, artfully inserted soul, gospel, R&B and blues influences into their respective pop-folk and country styles.

The songs are brilliantly executed to serve Hogan's distinct interpretation, sound and groove from the Bacharach-influenced orchestration of the bittersweet "We Can't Have Nice Things" (written by Jack Pendarvis and Andrew Bird) to the laidback, Bobby Charles-like swing of the album's title track, penned by Robyn Hitchcock. Her sole composition, "Golden," written for and about Case, is a sincere, tip-your-beer gesture wrapped in a glowing, celebratory arrangement; the rhythm section is locked down allowing subtle, perfected color added by Lignon and Jones. And that's the consistent beauty of Hogan's new release. It's filled with the convergence of fortune, and Hogan is the first to recognize it, confidently taking center stage and the production helm. By wishing her friend the "golden" touch of success, Hogan may have found it for herself.