I Love My Dad and The Forgiven Face Consequences 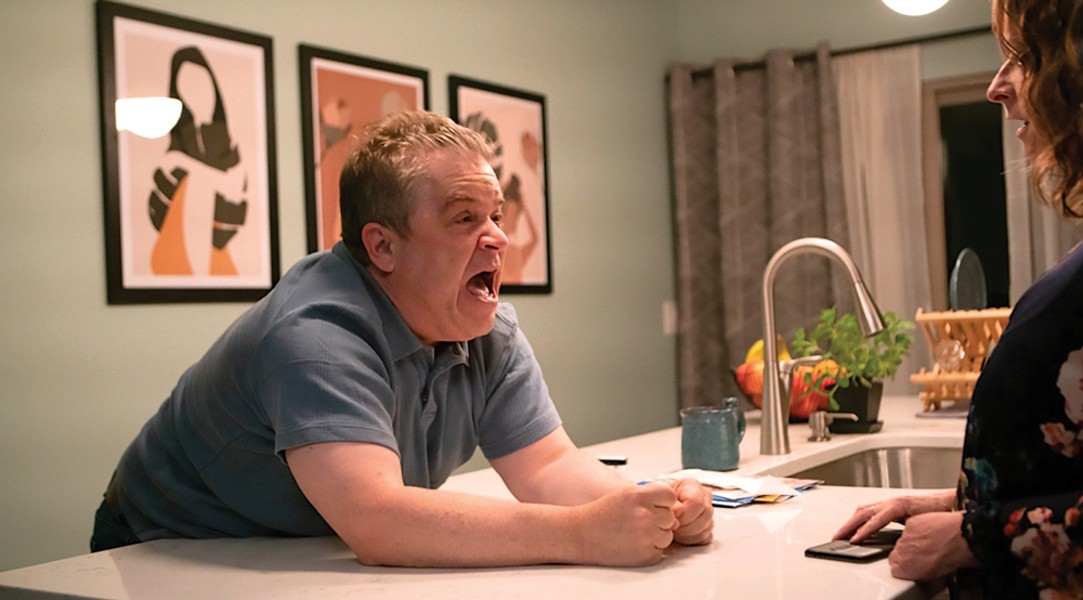 I Love My Dad Where I see myself in five years.

I LOVE MY DAD. Having recently entered into a misguided, increasingly heated exchange with parties who shall remain nameless (but for their frequent bylines in these pages) regarding the definition and origin of the phrase "milkshake duck," while simultaneously engaging a Zoomer in spirited debate in order to better parse and decode the appeal of sites like 4Chan among a certain vocal and frequently problematic voting bloc, my distaste for the internet at large and for social media as its nastiest, most fetid microcosm, finds renewal. Of course, this creaky decrying is more a criticism of our species than our grandest, newest, most destructive organ of communication and, ostensibly, connection. Obviously, the internet is literally incredible — a tool and system beyond belief in its potential, much like the human mind. And much like our own minds, our collective understanding of it is minimal at best. And so, we muddle on in an awkward adolescence of ignorant brilliance, with access to everyone and everything, and precious few tools to mitigate or temper it.

At best and worst, this parallelism of existence gives rise to an inchoate, lived magical realism, with anonymity and celebrity, adulation and shame conjoined into a new strain of addictive, discomfiting existence. Systems of belief, entire worlds, are conjurable from swipes and keystrokes.

Now, the apparently true story behind writer/director/star James Morosini's (Threesomething, 2018) second feature, I Love My Dad, is a hopefully unique one but, like the best stories, in its specificity lies universality. Franklin (Morosini), emerging from residential treatment after an alluded-to suicide attempt, feels his interests are best served by, at least temporarily, cutting off contact with his mostly absent, usually dishonest dad, Chuck (Patton Owalt). Chuck, in turn, desperate as a drowning rat, co-opts the online identity of a charming diner server named Becca (Claudia Sulewski). As Becca, Chuck approaches, befriends and courts his own son, who, though initially skeptical, welcomes the opportunity to engage with someone thoughtful, attractive and friendly. (The kids call this "catfishing.") This, of course, unbeknownst to Franklin's beleaguered mom, Diane (Amty Landecker). Chuck's internecine ruse eventually encompasses his own burgeoning romantic relationship with Erica (Rachel Dratch) and his friendship with Jimmy (Lil Rel Howery) who, as the only one with full knowledge, serves as both comic relief and the voice of reason.

This story, plausible, gross and fantastical as it is, could easily make for a compelling, if cringe-inducing narrative on its own merits. And Morosini renders it as such, but it is in his understanding of the flexibility of his chosen medium that the movie begins to transcend the stuff of its plot. As Franklin's connection to his "girlfriend" deepens, reality becomes subtly permeable, transposing Becca and Chuck, playing our protagonist's loneliness and fragility against his father's, which manifests in, obviously, very different, perhaps unforgivable actions.

I Love My Dad constructs a visual representation of the manifold truths, falsehoods, needs and desires of our relationship with the internet and each other — one that, in its delicate departures from the tangible, neatly encapsulates the ongoing, delusional reality of life in our enlightened dark age. R. 96M. AMAZON PRIME.

THE FORGIVEN. As intoned in an acidic, homophobic aside by central character David Henninger (Ralph Fiennes) — can't really call him a protagonist, due both to his actions and the structure of the piece — North Africa has lost most of its suggested mid-20th century luster. This has not stopped his and his wife Jo's (Jessica Chastain) friends Dickie (Matt Smith) and Dally (Caleb Landry Jones) from purchasing and renovating a remote Moroccan compound, to which the Henningers, among other American and Continental luminaries, have been invited for a debauched, grandiose, days-long party.

Since the marriage Henninger is hardly a happy one and David is inclined to over-imbibing, tensions running high is the normal state of things. And when David strikes and kills a young Moroccan boy with their car on a desolate highway, the weekend takes on an even more uneasy, fatalistic timbre.

Writer/director John Michael McDonaugh (The Guard, 2011; Calvary, 2014; War on Everyone, 2016), here adapting the novel by Lawrence Osborne, has not yet enjoyed the sort of adulation showered on his brother Martin. But I much prefer the former's work. So, I was more than happy to participate in an awkwardly languid trip through the desert, both literally and in terms of the personal desolation and dubious morality of the movie's characters.

Acknowledging his wrongdoing, David is compelled by questionable custom to accompany the boy's father Adbellah (Ismael Kanater) and well-meaning go-between Anouar (Saïd Taghmaoui) to their even more remote home to bury the body. Jo, left to her own devices, embraces the party, dallying with a shallowly mysterious Yank (Christopher Abbott). Both Henningers come to some long-overdue realizations that, under the sheltering sky, may or may not amount to much. R. 117M. AMAZON PRIME.

BEAST. Idris Elba stars as a widower who takes his kids on a family trip to the savanna, where they meet a very agro lion. R. 93M. BROADWAY, FORTUNA, MILL CREEK.

THE INVITATION. A young woman (Nathalie Emmanuel) visits the estate of newly connected relatives only to discover they're a bunch of bloodsuckers. PG13. 104M. BROADWAY, MILL CREEK.

THREE THOUSAND YEARS OF LONGING. Tilda Swinton plays an academic who finds Idris Elba, a djinn, in a bottle and I guess has nothing left to wish for? R. 108M. BROADWAY, MILL CREEK.