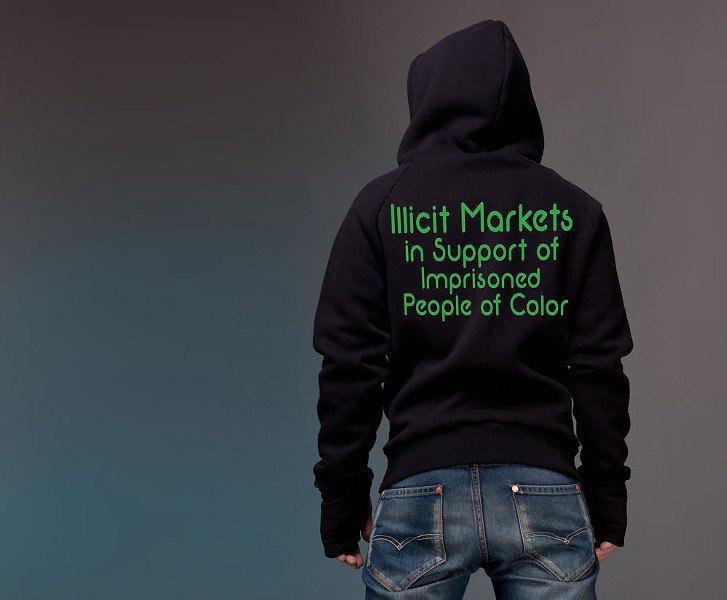 I got an email a couple of weeks ago from a source who works for a cannabis advocacy organization informing me that, "across the industry," folks in the weed world are asking the press not to use the term "black market" any longer because it is "not culturally sensitive."

"Illicit or illegal market is the preferred," it went on.

I'll admit, skepticism was my first reaction. Not at the source's motives but the industry's. I know my source to be a conscientious, honest person who tries to do the right thing. But I wondered if this might be more about a broad marketing ploy disguised as a social justice effort that was aimed at moving the current regulated industry further away from a clandestine history that all too often involved dewatered streams, poisoned animals and people buried on desolate hillsides.

To be honest, it kind of reminded me of the argument that began to surface in panel discussions and think pieces in the mid-2010s that the term "marijuana" is pejorative and racist. The thinking behind that argument goes that because drug enforcement agents nearly a century ago chose to use the Mexican term "marijuana" rather than the more scientific "cannabis" because it sounded sinister and exotic, the name continued to cause harm and shouldn't be used. I — like my former colleague Grant Scott-Goforth, who wrote about the issue in these very pages ("'Marijuana' Isn't Racist," June 9, 2016) — found this argument to be hollow. Not only was it being perpetuated by an industry that was to some extent built on gross racial inequalities, but by the time it surfaced the term was ingrained in popular culture to a degree that it had lost any "sinister" and "exotic" connotations it may have once carried.

The war against "marijuana" struck me as either an effort to buy social justice on the cheap — it's a lot easier, after all, to swap "cannabis" into your vocabulary than to work to free the many thousands of people of color imprisoned under enforcement efforts that disproportionately targeted them — or simply a re-branding effort as the industry pushed for legalization in California and to establish marketable mainstream brands. (Whatever the reason, the push has largely worked, and cannabis is — indeed — the nomenclature of the day, connoting a buttoned up industry that would make your uncle rend his tie-dye decrying the capitalistic system.)

Back to the illicit market. The email sent me on a Google deep dive trying to learn the etymology of the term. Turns out it's hard to peg. Some erroneously say the term arose in South Carolina in the 1800s in reference to illegal slave auctions but there's plenty of evidence it was used in Britain well before then. Others say its roots stretch to medieval England, where nomadic bands traveled the countryside in oxidized armor, which took on a dark, blackish color, earning them the moniker "black nights." These black nights, the story goes, would then compete in local jousting matches in which the victor would take the loser's armor and weapons. Because they were nomadic and didn't need extra stuff, they would often immediately sell the loser back his lost armor in what came to be known as a "black market."

The less interesting and more universal answer to my query is that, dating back since time immemorial, the term "black" has been associated with things unknown and dangerous (think about the terms "black spot," "blackmail" and "black magic," to name a few). Some peg this as being due to some intrinsic racism in humanity, while others point to humans having had a natural fear of the dark.

So is the term black market culturally insensitive? I'm not sure. But what I do know is that we live in a time when people of color in our community and across the nation rightly feel on edge, targeted and in danger. It's also a time when the burgeoning legal cannabis industry has not always been as socially conscious as we would like and has at times been rather tone deaf to the fact that it is built — in part — on the systemic and disproportionate incarceration of people of color. I also know that words and messaging matter. If this move does anything to set some people at ease while giving a nod to others' efforts to be more aware, it's probably worth doing.

And if it means I'll never again have to see a "Black Markets Matter" hoodie — the embodiment of white privilege in sweatshirt form, if there ever was one — I'm all in.