Imagine All the Voters … 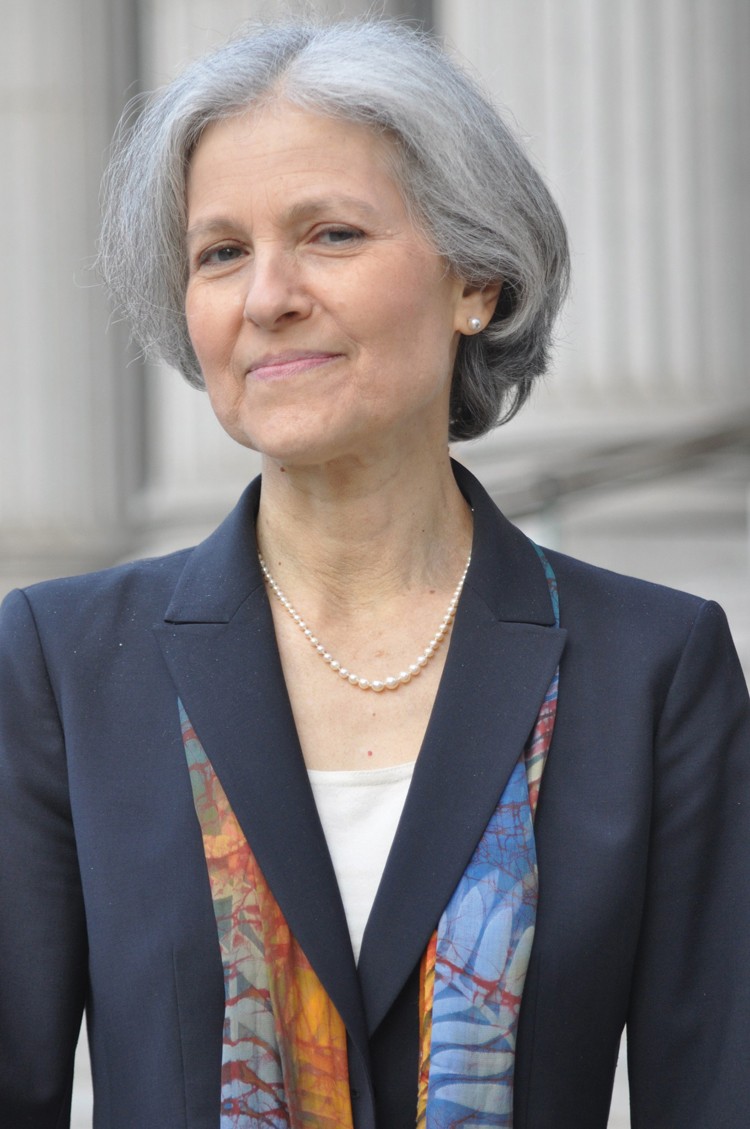 For an hour on a Monday night, a few hundred people imagined a different America: one where no one went bankrupt because he got sick, where homeowners were bailed out instead of bankers, and where the military was used for defense, not offense.

Standing at a podium at Humboldt State University, a small, slim woman promised she'd deliver just that -- if only Americans could break free from the fear that the only real choices for president are two lousy choices.

"There's just plenty of devastation here that would be wrought by both parties," said Dr. Jill Stein, the Green Party candidate for president. "To go into the voting booth and vote for either Wall-Street-backed candidate, that is the definition of throwing away your vote."

Stein is the only presidential candidate likely to visit Humboldt in what's left of the election season. She's a Harvard-trained physician, but for the last 10 years or so she's been losing for the Greens -- for governor of Massachusetts, for secretary of state, for state representative.

Greens are used to losing, but they keep at it with that same wistfulness some people get when they sing the lyrics to "Imagine."

On Monday night, Stein urged around 300 people (Green Party count: 328) to talk to their Democratic friends about the Greens the way they would to a friend caught in an abusive relationship. Stop saying President Barack Obama is well-intentioned and doing the best he can. Help your friends really look at the drone strikes, the trampling of civil rights, the pathetic performance on jobs and health care. Remind those Democrats, "part of being trapped is apologizing for their abuser."

And then, Stein said, start believing that this time is different for the Greens. This time people are more focused than they have been in decades on the problems targeted by the Occupy movement. This time people have seen what other mass movements can do.

"If it took three weeks in Tahrir Square, imagine what we could do in seven weeks," Stein said. "... Let's go viral and give them the run of their life that they are not expecting."

Stein knows better. After her talk, she acknowledged that if even Ralph Nader, with his vast name recognition, couldn't put the party over 3 percent of the vote nationwide, she probably isn't going to win this.

"I'm not holding my breath that we're going to get to the White House," she told the Journal, "but I'm not ruling it out."

Her campaign manager, Ben Manski, was even blunter earlier Monday, in a call from Green Party headquarters in Madison, Wis. In California, where an average of major polls now shows Obama leading Mitt Romney 56 percent to 36 percent, he said, "Jill Stein has as much chance of winning California as Mitt Romney does."

And anxious voters worried that a huge Stein surge could still give the state to Romney should relax, he said, because so far Stein is attracting "old-style conservation Republicans" as well as Democrats.

Stein has around 2 percent of the vote in national polls, right around the same as Libertarian candidate Gary Johnson, a former Republican governor of New Mexico, Manski said.

He expects she'll do better in California, maybe even double that. Four percent. Wow. Then Manski got that Imagine tone again. Every extra vote Stein gets, he said, is a vote that sends a message that people aren't willing to keep accepting the lesser of two evils.

Stein is on a four-day, 11-campus swing through colleges in California, starting Monday at College of the Redwoods and wrapping up on Thursday at Pierce College in Los Angeles.

Before that, she'd stopped in at one progressive event after another, joining Cornell West on his Poverty Tour, visiting with Chicago teachers as their strike wound down, and speaking at the first anniversary of Occupy Wall Street.

A movie director could cast Stein as the first woman president: She's elegantly thin, her silver hair cut in a luxuriant bob, her smile warm, her voice just deep enough to rob sexists of the word "shrill." Casting might prefer a little more height, but other than that, she's a shoo-in. Until you listen:

"We need to end this racist and dangerous war on drugs."

"Nuclear abolition is the solution."

"We can solve the foreclosure crisis right now."

"Our First Amendment rights are absolutely being shredded."

"We're calling for health care as a human right" (OK. Obama said much the same in a debate and got elected anyway.)

Mostly, these are not shoo-in sentiments.

In Arcata, at HSU, they got Stein a standing ovation after a 50-minute talk punctuated by round after round of applause.

But in the voting booth? All across America? We'll find out in November.