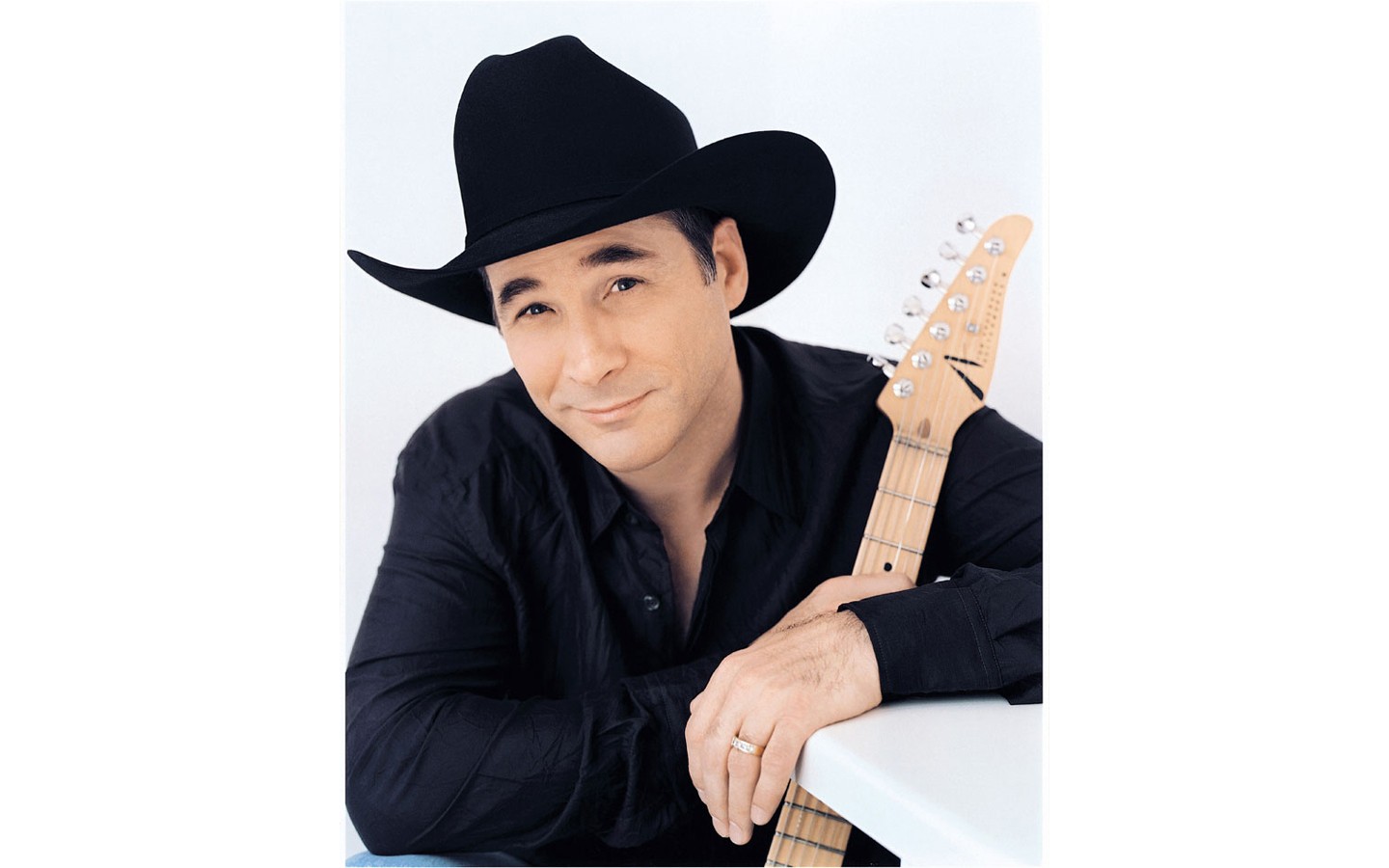 With an iconic name like Clint Black, you'd think he was born to be a country singer -- until you notice that he was born in New Jersey. At least it was a town called Long Branch, and truth is, his dad moved the family back to Texas while Clint was still a babe-in-arms. By the time he was a teen Clint and his brothers had a little country band and were entertaining at the Black's backyard barbecues.

In his 20s Clint went from blue-collar worker with a side job playing guitar and singing Merle Haggard covers and his own songs, to become a member of what is known in the country music biz as "the Class of '89." Alan Jackson, Travis Tritt, Dwight Yoakam, Garth Brooks and Clint Black, the stars who would dominate country in the '90s, all arrived on the country scene that year, injecting new blood and pushing aside the stale countrypolitan sound then dominant in Nashville.

For his first album, Killin' Time, Clint bucked Nashville tradition and came into the studio with his own band and his own songs, some of them co-written with his guitarist Hayden Nicholas, another Texan. (They've been working together ever since.) The record shot up Billboard's country charts to No. 1 and went platinum.

His second record did just as well, but there was a hitch: When he'd moved to Nashville, Clint signed with manager Bill Ham, best known for shepherding the career of ZZ Top. Their contract stipulated that Ham controlled publishing rights for Clint's songs -- since Clint was essentially a singer/songwriter, Ham was pulling in millions. Clint sued, Ham counter-sued, they eventually settled, but the experience stuck with him.

More hits followed: through the '90s Clint was second only to Garth Brooks on the country charts, but he slowed by the end of the decade, took a few years off when his daughter was born, built himself a home studio and regrouped.

In 2003 he announced the founding of an indie label, Equity Music Group, where it was promised, "The artists will own what they create and get paid from the very first scanned sale. In turn, the label has a vested interest in other aspects of the artist's career." Clint emerged from semi-retirement the next year with Spend My Time. He was back. Unfortunately the timing wasn't good for Equity -- it did not last. In 2008 the company went under blaming "a struggling industry, an overall decline in discretionary spending by consumers and a total freeze on credit markets."

Around that time Black started showing up on TV reality shows including Secret Talents of the Stars (his was stand-up comedy) and Donald Trump's Celebrity Apprentice (he got fired but came in fifth). His most recent: Extreme Makeover: Home Edition begs the question: Does this man need a makeover? Probably not. Perhaps they helped clean up his studio and pick up after the kids.

A curious thing about the Clint Black show at the Van Duzer Theatre this coming Wednesday (Dec. 15, 8 p.m.) -- tickets are still available. He came to town for a show at the Arkley a while back, that one sold out almost immediately. Don't country fans want to see him again? Or are y'all afraid to venture into Arcata and that bastion of liberalism, the HSU campus? Maybe it's the $75 ticket price, a tough nut in these trying times. If you still want to go, call the HSU box office at 826-3928 or check online at www.humboldt.edu/centerarts.