As the Squireses' bankruptcy case heats up, the couple may be forced to sell off dozens of properties

When notorious Humboldt County landlords Floyd and Betty Squires filed for bankruptcy protection in November, their finances became an open book laid out in a host of court documents filed in ensuing weeks.

With those disclosures, one thing has become very clear: The couple's expenses — including $30,000 worth of mortgage payments — are barely covered each month despite the $70,000 in combined rent their 34 properties bring in.

And that's just counting the basics like insurance and utilities, not even delving into the couple's outstanding bills that include $1.4 million in dilinquent property taxes and a couple hundred thousand dollars the Squireses have been ordered to pay in various court awards.

Those numbers are just some of the many concerns U.S. Bankruptcy Court Judge William Lafferty has expressed about the Squireses' case, saying he's "got a number of fundamental questions about how Chapter 11 is going to work here." The looming fight seems to be whether the Squires' can restructure their debt while retaining ownership of those almost three dozen properties or whether the judge will order them liquidated to pay off the couples' growing debt.


Over the next several months, Lafferty will be the ultimate arbitrator of how the Squireses' estimated $2.6 million in debt is paid off to a long list of creditors, a process intricately linked with the couple's estimated $15 million worth of office buildings, apartment complexes and single family homes.

"There's an awful lot of money to play with," Lafferty noted to the couple's attorney David Chandler at a recent hearing. "I'm not telling you what to do here; I'm saying that it doesn't add up in some fashion. ... That's worrisome."

For at least the next month, he's signed off on allowing the Squireses to use the rents they collect to pay the bills and — in his words — "keep the lights on and the water on" for their tenants, while also keeping the properties from losing value in the interim.

That budget includes a so-called $4,000 "draw" for the couple's personal expenses.

Saying the ultimate bottom line will come down to "who's paid and when are they paid," Lafferty also noted in recent court hearings that he has a lot of questions he wants answered as this case moves forward.

First and foremost, Lafferty wants to know a lot more about the ongoing legal battle between the couple and the city of Eureka — a roundabout catalyst for the bankruptcy case — over conditions at more than two dozen of their properties within city limits.

That case started back in January of 2011, when the city attempted to wrest control of 26 properties away from the Squireses, arguing that pervasive code violations rendered the them a threat to public safety. After countless legal rounds, Superior Court Judge Dale Reinholtsen eventually appointed what's known as a "receiver" in 2013 to oversee needed repairs, which remain ongoing six years later.

Lafferty told attorneys he has chatted with Reinholtsen, while expressing some trepidation about the potential for clashes between the cases.

He's also voiced unease about the fact that "there seems to be a lot of value here and a lot of squalid properties."

"Why are these properties so distressed? ... I want you to know that is in the back of my head," Lafferty told Chandler.

So where does the case go from here?

Attorney Ron Oliner, a bankruptcy and receivership expert who is a partner with the prominent Bay Area firm Duane Morris LLP, says there's a chance the judge will move the Squireses over to Chapter 7 bankruptcy proceedings and order their properties sold to pay off the debts.

That, he says, is what ends up happening in most Chapter 11 cases — which are designed to allow a bankruptcy filer to keep their assets by restructuring debt, a process often highly dependent on the amount of equity present.

"They have both feet in bankruptcy right now and Judge Lafferty, in my experience and opinion, is not going to let them out of bankruptcy with a quick dismissal," he says.

That being said, this is not Floyd Squires' first Chapter 11 excursion. His last foray into bankruptcy proceeding was back in 1986, with court documents showing at least one of those debts — $21,000 owed to Wells Fargo that was secured by his home — was on a payment plan of $166.03 a month until November of 2017.

Then, as now, many of his creditors follow a similar pattern: banks, local realtors or investors, back property taxes to the county and delinquent bills to the city of Eureka.

Chandler, the Squireses current bankruptcy attorney, acknowledged at a recent hearing that at least some of the properties will likely need to go, especially since the top secured creditor in the case — owed $158,000 — is not interested in taking payments of $1,500 a month until he is paid off.

That creditor is Mark Adams, who briefly served as the receiver and was unsuccessfully sued by the Squireses. In February, Reinholtsen awarded Adams the $158,000 — a mixture of legal costs, fees and compensation for about four weeks of receiver work — then authorized him to secure the money by using 26 of the couple's properties as collateral.

When the Squireses didn't pay up, Adams moved to auction off those 26 properties to collect the debt. Soon after, the bankruptcy case was filed, halting the sale.

Chandler told the court that his role is to "come up with a resolution so that we can all go off into the sunset," saying he believes the best path lies in selling off a couple of the more problematic properties to pay Adams and other priority debts, while fixing up the remaining buildings.

What all this means for the hundreds of people who rent from the couple is not exactly clear but Chandler alluded to the Squireses' oft-used claim that their tenants cause most of the problems despite the couple's best efforts to maintain their many properties.

"These properties are not going to become a Sheraton or be a five-star resort," Chandler said. "They're always probably going to be low-income housing and they come with problems for the city as well as the owners, and we've got to get our arms around those problems."

Lafferty was circumspect about the attorney's response, noting he found the disparity between the properties' estimated worth and the dilapidated conditions that exist at most of them "mystifying."

"Either they're worth $15 million and do something with them or they're not and we're in a much more distressed situation," Lafferty replied.

Meanwhile, Oliner said he believes things are about to start moving quickly, including the submission of a debt reorganization plan that will lay the groundwork for how the case proceeds.

"It's going to get hot in the kitchen pretty soon," Oliner said.

Kimberly Wear is the assistant editor at the Journal. Reach her at 442-1400, extension 323, or kim@northcoastjournal.com. Follow her on Twitter @Kimberly_Wear. 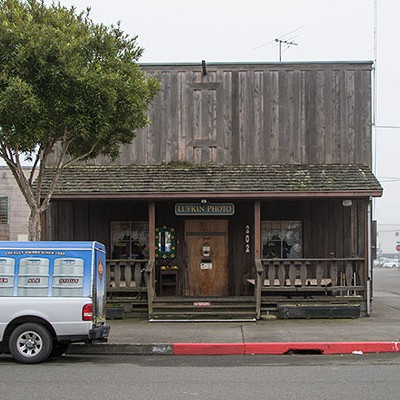 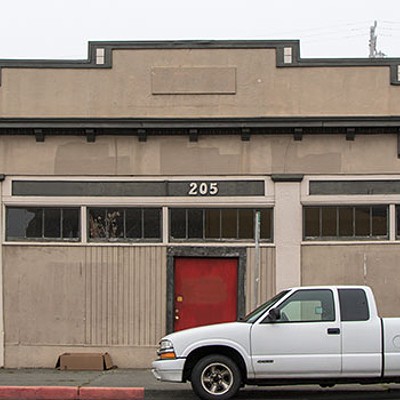