Indra’s Net and the Midas Touch: Living Sustainably in a Connected World 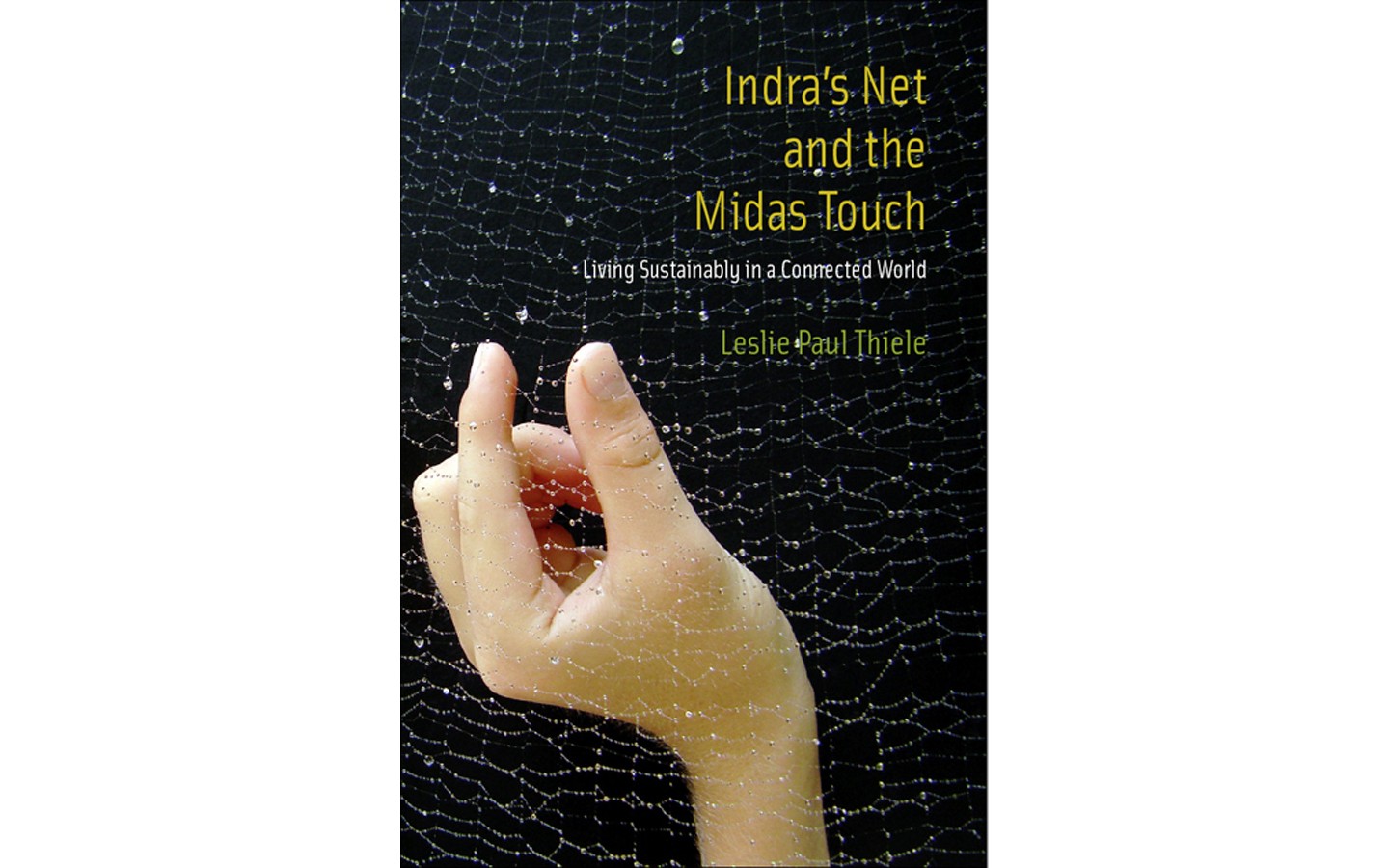 Why do we glorify the "Midas Touch" and forget the rest of the story? That everything King Midas touched turned to lifeless gold, including his daughter? Leslie Paul Thiele points out that this is a cautionary tale about unintended consequences, which pretty much characterize what we've done to our society and our planet.

With many painful examples, Thiele describes how unintended consequences of clear-eyed altruism as well as stupefied greed have characterized our era, because we treat the world like a machine that needs a technological fix or two. A more realistic metaphor is Indra's Net, a figure of interdependence and interpenetration from Eastern religions, which ecology and systems theory confirm.

Along with William Ophuls' Plato's Revenge (reviewed last time), this is a notable attempt to think through the climate crisis future. "Sustainability is inherently interdisciplinary," Thiele writes. Like Ophuls, he covers a lot of ground and many important authors, in chapters on ecology, ethics, technology, economics, politics, psychology, physics and metaphysics. He also mines western classics and other wisdom traditions (just as Ophuls also mentions the Indra's Net metaphor).

But Thiele brings a younger point of view, and a very disciplined, trenchant and elegant style as well as wide-ranging scholarship. There are no wasted words in his sentences, and no wasted sentences in this book. He goes beyond the usual questions and conclusions to tougher applications and more subtle synthesis. He integrates fresh concepts from the front lines, such as safe-to-fail experimentation, cascade effects, resilience and ecosophic awareness. He also finds new relevance in dismissed principles, like courage, respect and gratitude, and the determinative roles of imagination and story. Sustainability requires a new understanding of soul.

My favorite guiding quote on thinking about the future is from H.G. Wells: "The end of all intelligent analysis is to clear the way for synthesis." This book is the best exemplar of such a synthesis I've encountered in awhile. The individual ideas may not be shockingly new, but the logic of the connections is revelatory. Thiele ranges from Sophocles to systems theory and the remarkable knowledge of squirrels. An entire curriculum could profitably be based on this book -- a curriculum to save the future. But even by itself, this book is a handbook of conceptual tools for making a better future. Or for reading about the future that could be. I may question some of his assertions, but at least he's providing sturdy transport for the journey. One message in both books is that individuals and small groups can make ultimately large differences. "Hope is our greatest resource in these troubling times," he writes. "But the hope we claim and cultivate must come from decidedly new ways of thinking and acting."