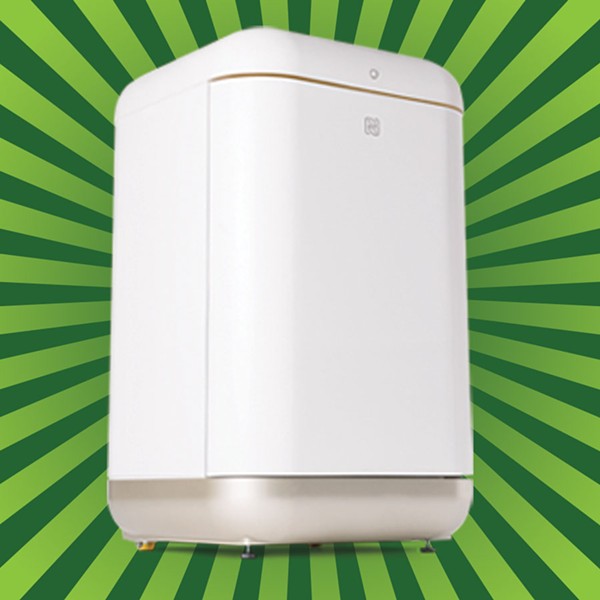 When former President Barack Obama struck a somber tone in his farewell speech last month, it's unlikely many in the hills of Humboldt took much notice.

"The next wave of economic dislocations won't come from overseas," the then-president warned. "It will come from the relentless pace of automation that makes a lot of good, middle-class jobs obsolete."

Well, it turns out the president wasn't just talking about grocery store clerks, Amazon shippers and X-ray technicians — he was talking to weed growers, too. This week, tucked in Forbes.com's list of six innovative medical marijuana entrepreneurs, is Uri Zeevi, CEO of Seedo, which promises to let patients grow their own medical cannabis at home "without any human intervention or agricultural knowledge."

Looking kind of like a sleek, stylized white mini-fridge, Seedo basically lets you plant a seed or clone, set it and forget it — it's hermetically sealed hydroponic and lighting system will take care of the rest, including drying and curing. And, the company's website promises, despite Seedo's compact stature, it will deliver "bodaciously hefty" yields.

Based on the two-minute advertisement on its website, Seedo is definitely targeting a certain set. The ad tells the story of Theodore Smith, a buttoned-up 30-something about to light a joint while sitting on the designer sofa in his urban loft. The narrator explains that Theodore is a professional who "likes things to run like clockwork," as the camera pans over his Beats headphones, his Macbook Air laptop, some antique cameras, a Phantom drone and his American Express card. "But what's the point of all this," Theodore asks amid the virtual sea of product placement, "if I can't sometimes stop and just — chill."

The ad intones that Seedo's high definition live streaming function — because who doesn't need to watch their marijuana plants grow in real time — even helps Theodore pick up the ladies, because you know they love big ... yields. Well, that and manicured chest hair.

The whole thing is patently ridiculous but begs some very real questions.

Legalization seems poised to quickly render the remoteness that has traditionally been one of the Humboldt County cannabis industry's greatest assets into a crippling liability. At the same time, the nationwide relaxing of marijuana laws — medical use is now legal in 28 states — means Humboldt County's grip on the industry's best and brightest growers seems likely to be loosening. Reputation aside, what do we have going for us in this new world order? Is Humboldt County destined to be left behind — the abandoned Appalachian still of a new era?

Earlier this month in this very column, we wrote about how prices for marijuana flowers have plummeted as the market has flooded and more and more consumers have come to prefer processed concentrates. Marijuana buds seem well on the road to becoming a commodity akin to corn or soybeans. Throw in automation and the prospects for our local farmers seem pretty grim.

And if we're all going to look at pot-centric tourism as the next economic boon for this county, I have to ask, can you see Theodore hanging out at the Logger Bar and navigating his luxury car across our pot-holed streets? What would we have to do to make Humboldt County the preferred destination for him and his friends? Why Humboldt over Denver, Portland or San Francisco?

And how do we transform Humboldt County into a place that consumerist douchebags like Theodore want to come while making sure it's a place we all still want to live?

That weird looking refrigerator in Theodore's apartment raises some bodaciously hefty questions. Humboldt needs to get ready to answer them.