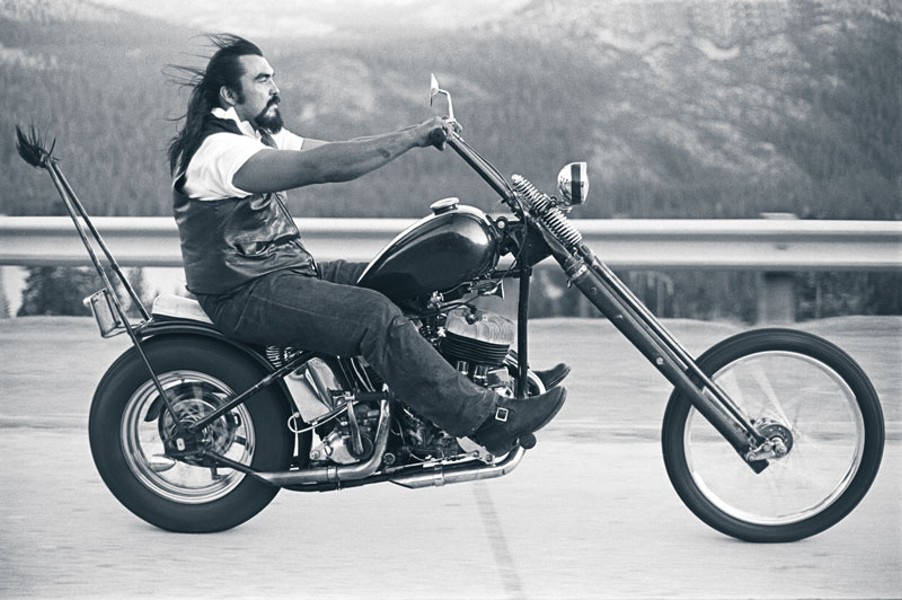 Aguilar was born in 1947 to parents who trace their ancestry to Mountain Maidu, Washoe, Pit River and Walker River Paiute, and was raised within what he has described as "a loving family and small Indian community" in the Susanville Indian Rancheria, not far from Mount Lassen.

He came to photography via an unconventional route, after serving in the Marines in the Vietnam War and earning his degree in industrial technology and design from Cal State Fresno. Beginning by taking photographs of his immediate family, Aguilar gradually expanded his practice to include extended family, friends and acquaintances in the larger Indian community. He has been documenting the lives of native people in California now for almost 40 years, emerging as one of the premier documentarians of California Indian cultures.

Aguilar brings an insider's perspective to all aspects of his long-running documentary project. His images exude a sense of intimacy that reflects the social, familial and geographic ties that connect him to his subjects.

In the informative exhibition catalog, curator and Kew Pueblo and Jemez Pueblo tribal member Theresa Harlan notes that the people in these photographs appear fully at ease in the photographer's presence, regardless of whether the images are posed. In many cases the person behind the camera and the person who appears before it seem to inhabit the same warm circle — sometimes literally, as in Aguilar's photographs of the annual Bear Dance.

It seems relevant here to note that the sense of rapport that characterizes Aguilar's images pervades the gallery space as well. When I visited the exhibition, it felt like a family affair: Many had come to see their friends and relatives in Aguilar's pictures.

Aguilar's approach exists in opposition to the "street photography" practiced by postwar American photographers who took pictures of anonymous urban subjects (including major luminaries like Lee Friedlander and Gary Winogrand, as well as more recently 'discovered' figures like Vivian Maier). This approach relied on the preservation of a certain distance between photographer and subject. That distance was in turn made possible because of the anonymous social spaces in modern cities, like streets, bars and parks. Aguilar's rejection of such tactics resonates culturally and historically.

For the past 150 years, native people in Northern California, like other colonized peoples, have been photographed by European-Americans. Native peoples' pictures have often been taken without their consent for exploitative sale or study by those with disproportionate power. Photography became a tool of colonization.

Aguilar and other Native American photographers of his generation such as Zig Jackson, Shelley Niro, Hulleah Tsinhnahjinnie, Jesse Cooday, and Richard Ray Whitman are committed to using the camera in the service of self-representation, making pictures that are first and foremost by, of, and for the native community.

Some of Aguilar's themes are immediately relatable. The uniquely American pleasures of the road trip find memorable expression in "Cousin Fred, Truckee, 1982," a full-body profile study of Aguilar's badass kinsman astride his chopper at freeway speed. Other images will be less familiar, at least for the non-native contingent of Aguilar's viewers. Take for example "Pomo Boy, Elders Day, Lake Mendocino, 1998," a limpid portrait of a young boy wearing a visor-like element of regalia that shades his eyes from view. The visor complicates our relationship with the boy's image; looking at the photograph, we can't tell if he chooses to meet our gaze. The regal eyeshade is both a barrier and an element of display.

Aguilar shoots black-and-white as well as color film in a variety of styles. Most of the images here are portraits, ranging from formal groupings of California Native American veterans to a beautifully lit study of an elderly woman, "Lucy Lowry, 2000." However, Aguilar also uses color film to capture dancers whirling in regalia, and he makes studies that document dramatic effects of light and shade inside indigenous buildings, like "Corner Post, Rebuilding of Chaw'se Roundhouse, 2012." The exhibition also boasts a comprehensive selection of some of the many cover images Aguilar shot for News From Native California and other publications in the 1980s and 1990s.

Aguilar's deep appreciation for the beauty of the individual members of the California Indian community comes across clearly in all these images. The oldest and youngest community members seem to be documented with especially loving care; see the reverential 2003 portrait of "Ollie Foseide's Hands," and the delightfully vibrant color portrait of a very young dancer titled "Koa, Day Under the Oaks, Santa Rosa, 2004." Being invited to share Aguilar's world and his experiences in this way feels like a gift.