Insurrection in the Capitol

North Coast Rep. Jared Huffman on the siege that occupied Congress ... and the path forward.

Speaking to the Journal by phone the afternoon of Jan. 6 from his Capitol office during a mandatory lockdown instituted by Capitol Police as officers worked to clear the building of a violent pro-Trump crowd, North Coast Congressmember Jared Huffman said he entered the day braced for the possibility of conflict but couldn't have imagined what was to come.

"There were some red flags that we could have disruption and maybe even some conflict today," Huffman said. "So most of us asked our staff not to come to work. I'm the only person in my office. We were here thinking that we would be largely doing a ministerial job of certifying the Electoral College results. I expected it to go late into the night but certainly didn't expect a mob to show up or anything like this."

Congress went into emergency recess early in the afternoon as rioters supporting President Donald Trump's false election fraud claims pushed through police lines and stormed the U.S. Capitol, breaking windows and occupying the Senate floor. There were multiple violent clashes with Capitol Police and five people ultimately died, including a Capitol Police officer beaten by rioters, a woman shot by police and another woman crushed by the surging crowd. Lawmakers were forced to shelter in place where secure, with Congressional leaders moved to an undisclosed location, as Capitol Police worked to clear the building amid a chaotic scene.

The protests came as Congress was preparing to certify the Electoral College results from the Nov. 3 election, which saw Democrat Joe Biden win the popular vote by some 8 million votes and a commanding Electoral College victory after narrow wins in six states. In the weeks following the election, Trump's campaign and supporters filed nearly 60 lawsuits challenging the election results but almost all were dismissed and U.S. Attorney General William Barr, a Trump appointee, said his Department of Justice found no evidence of widespread fraud in the election.

Nonetheless, Trump has refused to concede defeat and repeatedly espoused baseless conspiracy theories without offering any evidence of widespread fraud or irregularities, while also pressuring state officials to overturn results.

On the morning of Jan. 6, as Huffman prepared for the joint session of Congress scheduled to begin at about 1 p.m. EST, he said he watched C-SPAN footage from the rally in support of Trump and the president's repeated false conspiracy theories and claims that widespread voter fraud across six states was the reason he'd lost the Nov. 3 election to Biden. Huffman said he watched with increasing alarm as Trump, his personal lawyer Rudy Giuliani and son Donald Trump Jr. addressed the crowd. 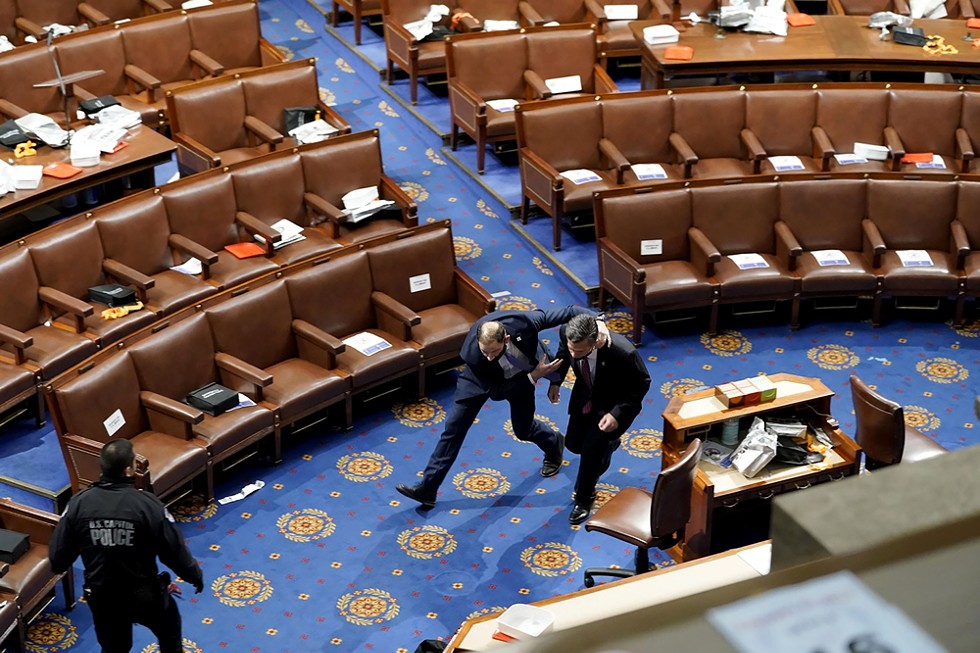 According to a transcript, in a rambling 70-minute address that was part campaign speech and part airing of unfounded election conspiracy theories, Trump told the crowd the election was "rigged" and "stolen," pledging never to give up and "never concede," and urging his supporters to "fight like hell and, if you don't fight like hell, you're not going to have a country anymore."

He then urged them to march to Congress. Giuliani called for "trial by combat." Trump Jr. told Republican members of Congress unwilling to stand with the president — who include Sen. Maj. Leader Mitch McConnell and conservative stalwart Sen. Tom Cotton — "we're coming for you."

"Trump and Giuliani and these others were just throwing all this incendiary red meat on the mob and telling them to march on the Capitol, and that's what they did," Huffman said.

"We are in an indefinite lockdown," he said at the time. "We don't know when they will get the security situation under control. Once they do, we are eager to get back to work to finish this election certification. We are not going to be dissuaded from that. But they're going to have to do a variety of security sweeps to make sure it's safe to return to the floor."

Huffman said he then watched news coverage in disbelief as the crowd outside the U.S. Capitol swelled.

“We were told to push back from windows, pull shades and lock all our doors, almost like an active shooter situation.” tweet this

"The first indication I got that the mob was actually turning violent was when they breached the [Cannon House Office Building] and the Madison Building," Huffman said, adding that he learned of the breach when someone sent him video of it on Twitter. "From that point on, it's just been a series of warnings and alerts, one after another, and trying to assess what's happening."

Huffman said he was receiving updates from his chief of staff, colleagues and Capitol Police throughout the day, and was instructed to get out his Congressional emergency "go-bag."

"It is surreal," he said. "To have to dig out the go-bag that I didn't even know existed in my office that has these protective tents you can deploy to protect yourself from toxic agents and gasses. We were told to push back from windows, pull shades and lock all our doors, almost like an active shooter situation."

Isolated alone in his office, Huffman said he sat hunkered down, texting with colleagues, watching news footage and following social media to see the scene outside his doors.

"It's been crazy all day long," he said. "There's just been a constant din of these crowds and sirens constantly, and then explosions periodically. Every few minutes there's an explosion."

Huffman said he wasn't sure what was to come.

As the riot raged on, Trump posted a minute-long video to social media, ostensibly to ask his supporters to go home peacefully, but the video was filled with more unfounded fraud allegations and references to opponents who are "so bad and so evil." Huffman said he started watching but had to turn it off. 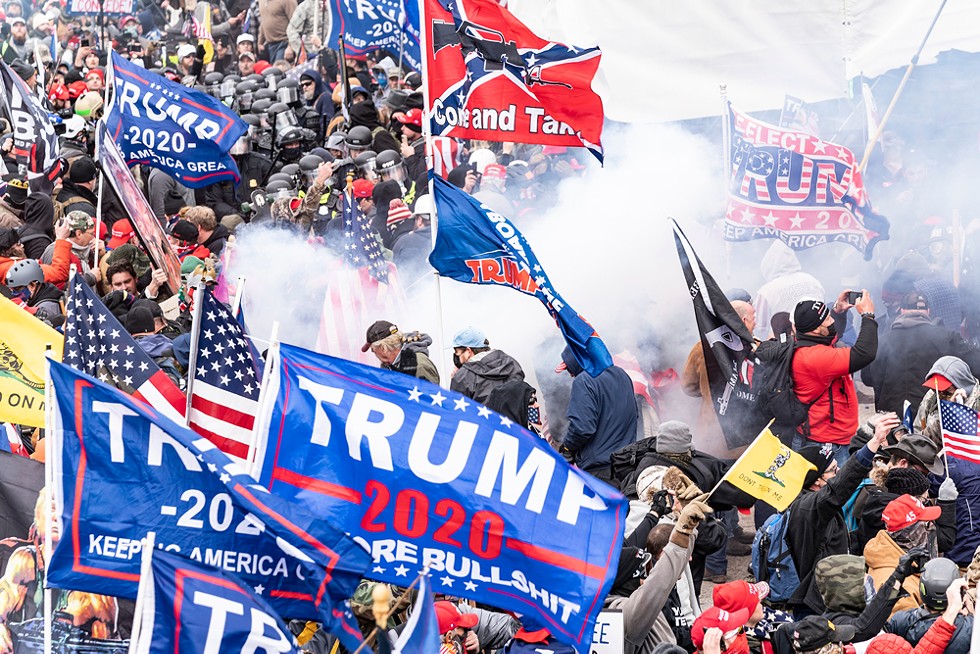 "I couldn't finish watching it," he said. "It was so pathetic. It's like when the arsonist kind of half-heartedly calls for the fire to be put out while throwing gas on it."

Huffman said a "violent mob like this ... is a hard thing to just turn off," and he didn't know where things would go from Jan. 6. He said he didn't expect any of his Republican colleagues who have stood by Trump and parroted baseless election fraud claims to change their tune.

"We will get through this," Huffman said when asked what message he'd like to deliver from lockdown to the residents of his Second California Congressional District. "We will certify the Electoral College and will inaugurate President Joe Biden and Vice President Kamala Harris a few days from now and nothing is going to prevent that from happening."

Hours later, after Congress had reconvened and certified the Electoral College vote over the persisting objections of dozens of House Republicans and a handful of GOP senators, Huffman took to Twitter to quote Sen. Minority Leader Chuck Schumer's speech preceding the vote.