Umphrey's McGee, plus Easy Star All-Stars, Club Shampoo and a pair of pianists 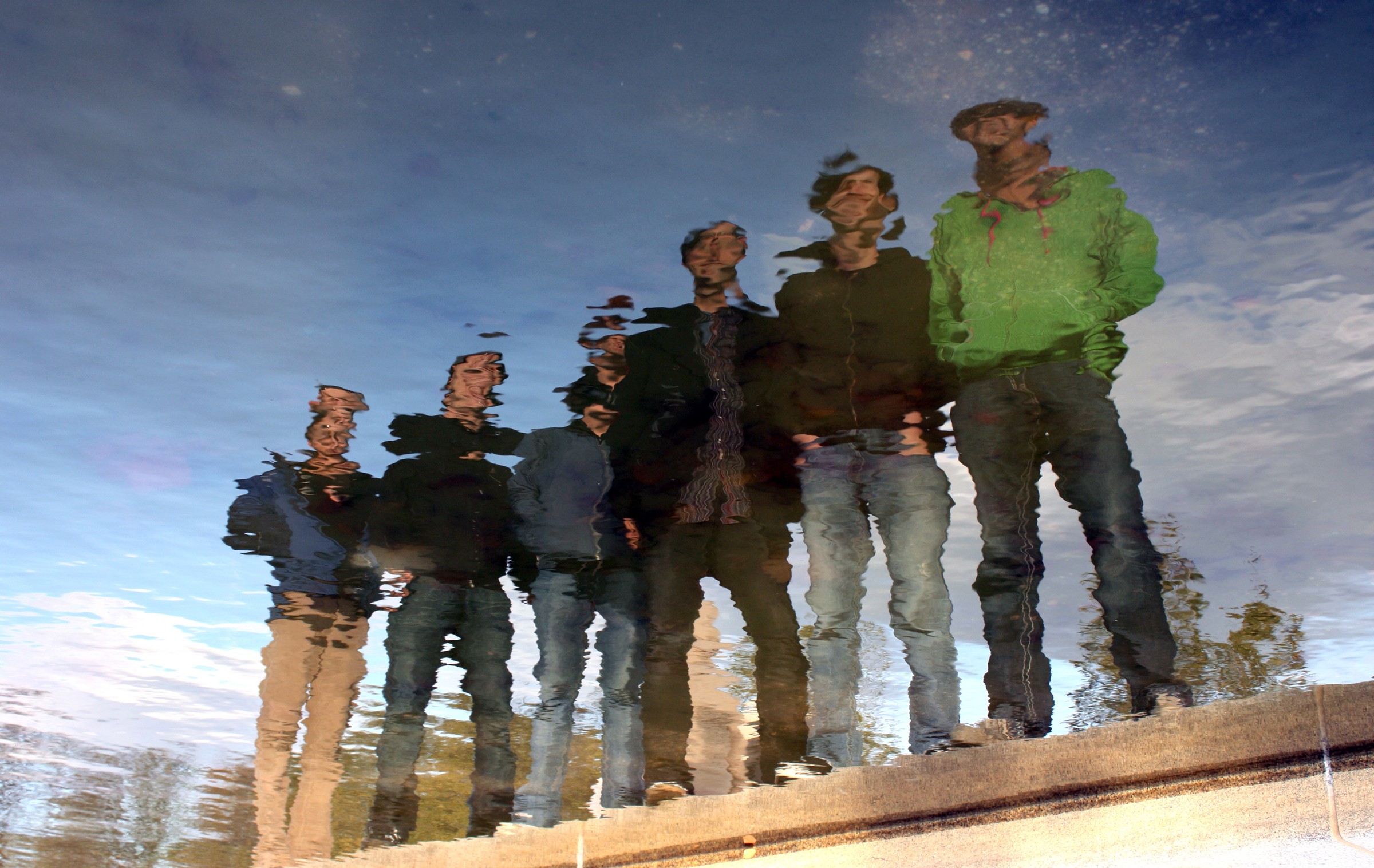 Musicians have always worked at developing a relationship with their audience, but with the music business in disarray, particularly the recording side, bands depend more than even on growing their fanbase. That's a given in the jamband world, where the Dead and Phish paved the way by building their brands and creating a dedicated community of fans through interactivity.

Kevin Browning is something like the seventh member of the six-piece prog-jam combo Umphrey's McGee. He's been with them "forever, since we started at Notre Dame about 12 years ago," working as engineer and producer, a position they call "sound caresser," but also working on "strategies and development" in connection with the UMcG brand.

"Being an organization that was grassroots from the beginning -- we built it ourselves," said Browning. "We obviously had influences from the genre as a whole. We built the Umphrey's media experience on the road playing live -- and in the studio -- but these days the reality is, ticket sales pay the bills and with music sharing so ubiquitous, holing up in the studio for six months is not so advantageous."

More than most, Umphrey's has figured out a way to monetize music sharing. They offer live board recordings for virtually any UM concert. You can already order a CD of the show they're playing at the Arcata Theatre Lounge on Wednesday, Oct. 6, on UMLive.net. "Pretty much every performance is available immediately," said Browning. "I create a live two-track master in real time, which gets duplicated immediately following the show. You can buy it on disc walking out -- the first copies are available about five minutes after the show ends, then they're online within 24-36 hours."

Another UM experiment in audience interactivity is something they call "Stew Art" or "S2", which involves a small group of fans in the band's improvisation via text messaging at select shows. "We were trying to figure out how to connect and further empower the fanbase. Improvisation is the name of the game for us. We thought, 'Why don't we take that one step further and let the fans literally direct the band?'" For example, "apocalyptic evil dance party" or "cantina band" will pop up on a screen -- the band responds. "The fans see their ideas come to fruition live and spontaneously -- and they love it."

The reggae aggregation known as Easy Star All-Stars came together toward the end of the 20th century at the New York label Easy Star Records. Best known for the 2003 release Dub Side of the Moon, a track-by-track dubwise version of Floyd's The Dark Side of the Moon, they've since recorded Radiodread, based on OK Computer, and Easy Star's Lonely Hearts Dub Band, which needs no explanation. They'll draw from all of those when they play Friday at Humboldt Brews with Easy Star labelmate Cas Haley, a singer whose claim to fame is second place on America's Got Talent. (To my ear Cas sounds a lot like Brett Dennen, and that's not a bad thing.)

Saturday promises to be a long day. I'll start out drawing on the sidewalk for Pastels on the Plaza, with The Delta Nationals rocking the soundtrack. Later on, the Arcata Playhouse has its annual cabaret, Club Shampoo, with Jackie Dandeneau as hostess/lead chanteuse, backed by The Awesome Trio, Tim Randles, Tim Gray and Marla Joy. Among the many guests: Joyce Hough and Fred Neighbor with Curtis and Julie Thompson of Kulica, The Brendas, Bandomonium, Mad River Music Club, Jeff DeMark, Nick Trotter (who's about to leave town) and young jazz singer Rose Armin-Hoiland, who departs for Mexico the very next day. To add to the excitement, Jackie will get an actual onstage shampoo, cut and dye from Sean of Felicite Hair Salon.

If you're in Old Town for Arts Alive!, stop by Ramone's to hear The Solitary Men do that Neil D thing they do. Down at the Adorni, the Ink People have their annual "Call of the Mask," Maskibition 26 (as in 26th annual), with the John David Young Trio playing tunes.

Bump Foundation and Speak Easy Saints get funky and soulful later at the Red Fox, while Dr. Squid rocks Steve and Dave's. Over at the Lil' Red Lion, the anthemic power-pop trio Fortune 500 from north of Seattle plays songs from a new release, Flavor of the Year.

Meanwhile, in Arcata, Mosgo's has Portland band-of-the-week The Lower 48, a tender young folk trio with a female singer leading the harmonies. They're joined by S.F. songstress Liz Ryder, who's on tour with local songwriter Chris Parreira. Expect all sorts of good songs.

NPK is also part of the Harvest Fiesta starting at noon Friday on the Garberville Town Square, a celebration with a Farmers' Market and barbecue lunch followed by SoHum's version of Arts Alive, with art, more BBQ, salsa dance lessons by Jorge del Rio and the organic liquid jazz of Lost Coast Marimbas.

It's a good weekend for classical piano fans. On Friday, the Eureka Chamber Music Series launches a new season with a performance by Anton Nel. Born in South Africa, he's known for his interpretations of Beethoven -- his concert at Calvary Lutheran includes Ludwig's Sonata in C Major (Op. 53, "Waldstein"), along with a few pieces by Debussy, some Schumann and a piece by CPE Bach. Then on Saturday at HSU's Fulkerson Recital Hall, Russian pianist Natalya Antonova performs works by Chopin in honor of that composer's bicentennial.

Hot Django Reinhardt-style guitarist Tom Toohey of Bon Swing (playing Friday night at Libation) has been networking at various DjangoFest Hot Club gypsy jazz events for some time. As a result we have The Robin Nolan Trio coming to play hot swing at the Arcata Playhouse Wednesday, Oct. 6. Based in Amsterdam, Nolan is lightning-fast and smooth as silk, among the top players in this style anywhere.

Hardly Strictly Bluegrass, the free festival of the year, takes place this weekend in Golden Gate Park. The amazing range of artists includes everyone from Ralph Stanley, Elvis Costello and Patti Smith to Richard Thompson, Randy Newman and MC Hammer. Umphrey's McGee will be there, as will The Felice Brothers, who head north afterward for a Monday night show at The Depot. Brothers Ian and James Felice hail from upstate New York; they started out busking in NYC subways with friends and, well, went on to bigger things. The Depot show was supposed to pair them with their old friend Justin Townes Earle, but he's out, replaced by Adam Haworth Stephens from Two Gallants.

For bluegrass fans not heading south, the big show this week is Friday's sold-out performance at the Van Duzer by The Steep Canyon Rangers out of Brevard, N.C. The International Bluegrass Music Association nominated the Rangers for "Album and Gospel Performance of the Year" in 2008, but that achievement was perhaps overshadowed when they played Prairie Home Companion the following year with Steve Martin on banjo. Martin, who started his comedy career using a banjo as a prop, had a record full of new tunes, The Crow: New Songs for the Five-String Banjo, which went on to take a Grammy for "Best Bluegrass Album." The Rangers backed him on tour playing Bonnaroo and Hardly Strictly, among other venues. Yes, Steve's still a funnyman. No, he's not kidding when it comes to banjo -- he's a serious picker.