Invasion of the Auger!

Slideshow Invasion of the Auger! 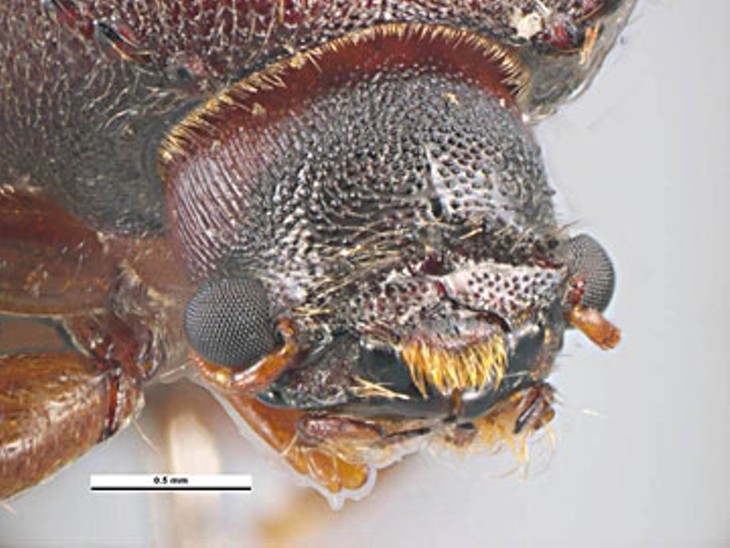 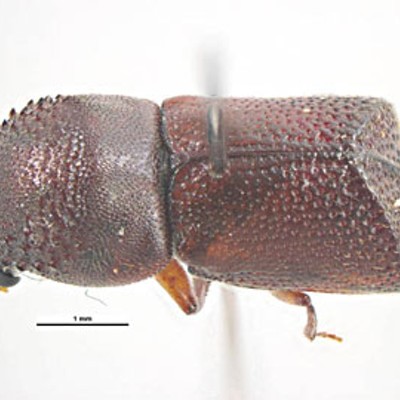 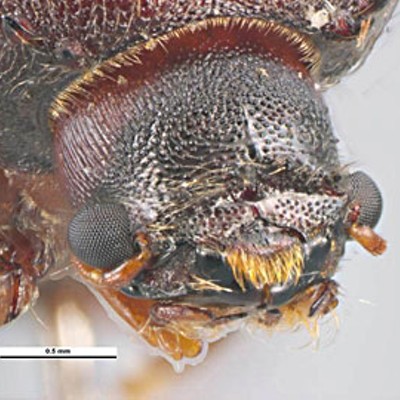 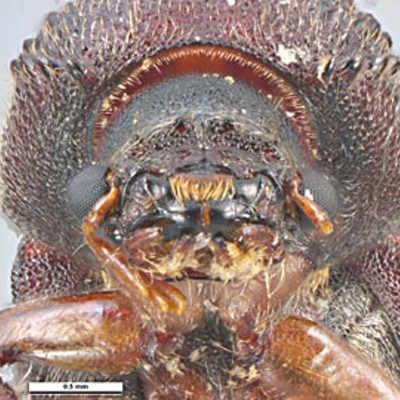 The ugly little creature has more than one alias. In some places they call it the "auger beetle," because it bores into wood like an auger. It's also called the "false powder post beetle," because it acts like a similar critter that leaves a pile of powdery sawdust outside the hole it drills. And it's called the "dunnage beetle" since it will sometimes travel from place to place in packing materials.

And that's how the exotic pest, a ferocious and destructive consumer of wood products, made its way to Arcata this summer -- hitching a ride on some wooden crates from India, which were never inspected at the border, and then, in all likelihood, escaping into the wild.

Thanks to accidents in geography and climate, it appears that there's no need to panic. But the story of the little vermin's arrival in Humboldt County, courtesy of the global economy and a decrepit federal regulatory structure, may be its own cause for concern.

The crates in question contained a shipment for Humboldt State Humboldt State University's Schatz Energy Research Laboratory, sent from a manufacturer in Gujarat, India. Schatz had ordered a piece of equipment called a "biomass gasifier," which would be used to help gauge the amount of energy that could be created from various forms of waste.

The crates sat out in the open for a month or more before anyone got around to opening them. When they did, they noticed that there was more than equipment in them -- there were strange, suspicious little piles of wood dust.

Red flags went up, and the lab the called university Environmental Heath and Safety Coordinator Tom Manoli, who in turn called the county agriculture commission. They sent out an inspector, David Juliano, who came and took specimens.

Juliano sent specimens to a lab in Sacramento, which identified the pest in the crates as Sinoxylon anale -- the above-mentioned wood destroying auger/false powder post beetle. The state lab sent back instructions to burn the crates right away. The Schatz techs filled the Indian crates with any wood that had come from overseas, put the crates in the gravel lot behind the lab, doused the piles with kerosene and set them afire, presumably immolating all of the remaining pests.

But had any escaped during the time that the crates sat unopened?

"There's little doubt that the insects got out into the environment," said Juliano last week. To monitor the escaped bugs, the county Agricultural Department has set up funnel traps near where the crates came in. So far nothing suspicious has shown up.

Juliano explained how the insect's life cycle causes damage. "Wood boring beetles generally bore into wood and lay eggs. The eggs hatch out and the larvae eat through the wood and emerge as adults. In this area we get infestations of powder post beetles; you'll see little pockmark holes all over the timbers. That's the closest native relative of these beetles."

The fact that these were "false" versions of a local pest was not exactly good news in a county that still relies on wood products as a major source of income. Sinoxylon anale get an "A" rating as a pest.

"'A rated' is a known bad pest," said Juliano. "Things that people would be familiar with like Gypsy moths and Japanese beetles would be 'A rated' pests. That gives us the legal obligation and authority to deal with the pest."

The trap at the Schatz lab is not the only one around. "Because we receive overseas shipments from Asia at the port, we already do a trapping program every summer," said Juliano. "We have four locations around the bay where we have a series of Lindgren traps up with different chemical attractants." The traps, baited with species-specific pheromones, are supposed to attract any bad bug that sneaks in on a foreign ship.

You'd think there would be other systems in place, government inspections safeguarding against exotic pests like the beetles from India. In fact, there are. It's just that they did not work.

In 2003 United State Department of Agriculture's anti-pest duties were shifted to a division of the Department of Homeland Security known as Customs and Border Protection. The CPB website notes that its "priority mission [is] keeping terrorists and their weapons out of the U.S."

Juliano discovered that the machinery came over from India on a ship that unloaded at the port of Oakland. Apparently system failures between Asia and here allowed it to arrive uninspected.

"The USDA is currently investigating this case," he said. "There's an international treaty through the United Nations [the International Plant Protection Convention] that regulates wooden packing material because it has been a major source of transported pests. The way this should have worked, the wood used for the crates should have been treated in India and the crates should have born a stamp showing their origin and what treatment was applied. There was no such stamp. So it got through the international safety net."

Who's to blame for the renegade packing crate? The shift of responsibility from USDA to CPB may have played a part. It could be that the volume of shipping containers coming into West Coast ports is too vast for the number of inspectors.

California has its own quarantine program. Anyone who has driven back from Oregon has experienced it. Juliano's day-to-day job responsibilities include inspections of any package containing plant material coming through the mail, FedEx or UPS. He admits it's an imperfect system.

"The reality is, not everything will be looked at," said Juliano. "In this case, the international laws in place to prevent transport of pests were violated. It got though and made it up here. Thankfully, HSU saw it and called us."

Juliano emphasized that he is not really worried about the viability of any auger beetles that may have escaped. When he contacted agricultural authorities in Australia, where the non-native pests are a problem, he found that the trouble is typically confined to tropical regions.

"Everything I've heard says it's just not something known to establish in a temperate region. It's a tropical insect; it's not set up to survive frost and cold weather. It could have been much worse. An Asian longhorned beetle would be an example of a wood-boring pest that could establish here and would be devastating. It outright kills trees."

So in this case we seem to have dodged the bullet. The plan for monitoring the false powder post beetles is to continue checking the trap at the lab until winter, then put up another next spring, "just to make sure."

In the meantime, if a suspect beetle shows up in the trap, more traps will be set up to try to see how far the beetle may have spread. Since this particular exotic insect is a rarity, there is no protocol beyond that -- no plan for eradication.