Invention of the Alphabet (Part 1) 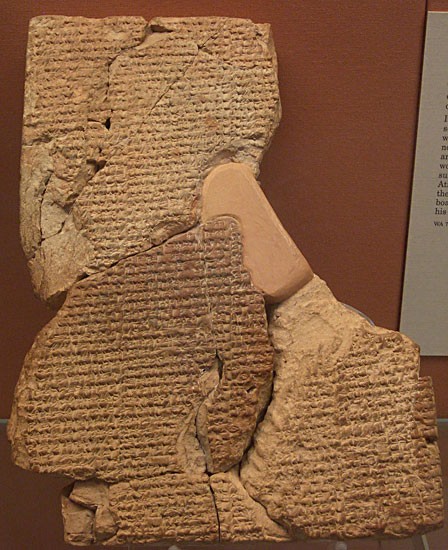 Take a moment to appreciate what you're now doing: making sense of little squiggles on the page in front of you. It's easy to take for granted our wondrous facility to read and write, but of course, it wasn't always so. Before the invention of writing, people had no way of passing on knowledge or history other than memory, transmitted orally from one generation to the next. When the ancient Greeks lost the art of writing (during their "Dark Ages," from around 1200 to 800 B.C.) the legend of the Trojan War was kept alive by storytellers whose only records were in the brains of the narrators who preceded them. The rediscovery of writing meant that Homer could reproduce the stories in a form that no longer depended on an uninterrupted line of performers. Nearly 3,000 years later, we are heirs to that tradition.

One of the great landmarks in the history of writing was the emergence of the alphabet, whereby a single sound is represented by a single character. This was a vast improvement over previous syllabic systems, in which written symbols represented syllables rather than individual sounds. The problem was the sheer number involved. For instance, Mesopotamian scribes were using around 600 cuneiform (wedge-shaped) syllabic signs before the invention of the alphabet. Once writing was reduced to a manageable number of characters, literacy moved from an esoteric skill known to only a few scribes to the commonplace ability we enjoy today.

Most languages have no more than 30 or 40 individual sounds. The insight that writing could be reduced to a small number of distinctive signs, one sign per sound, is credited to Akkadians and/or Sumerians living in Mesopotamia around 1700 B.C. Their scribes wrote using sticks to impress cuneiform (wedge-shaped) symbols into lumps of soft clay, which could be baked in the sun or in a fire. Tens of thousands of these cuneiform clay tablets have survived to the present day (see illustration). One of these, found in the ancient city of Uragit in Syria in 1948, is particularly useful to historians. It's an "abecedary" -- that is, the letters of the (Ugaritic) alphabet written out in order. When you learned your ABCs, you were following an ancient tradition of teaching children how to write.

The next great revolution in writing took place not on wet clay tablets but on smooth, dry surfaces of papyrus and dressed stone, as wedge-shaped characters gave way to a linear alphabet. The ancient Phoenician port of Byblos (whence the word bible) was probably the laboratory where a linear 22-symbol, consonant-only, alphabet was created sometime before 1000 BC.

Next week, I'll discuss a find from Byblos which was key in helping archeologists trace the development of the alphabet: the sarcophagus of Ahiram.

Barry Evans (barryevans9@yahoo.com) still clings to the belief that "zed" is the last letter of the alphabet. He lives in Old Town Eureka.