Jazz in the Bardo 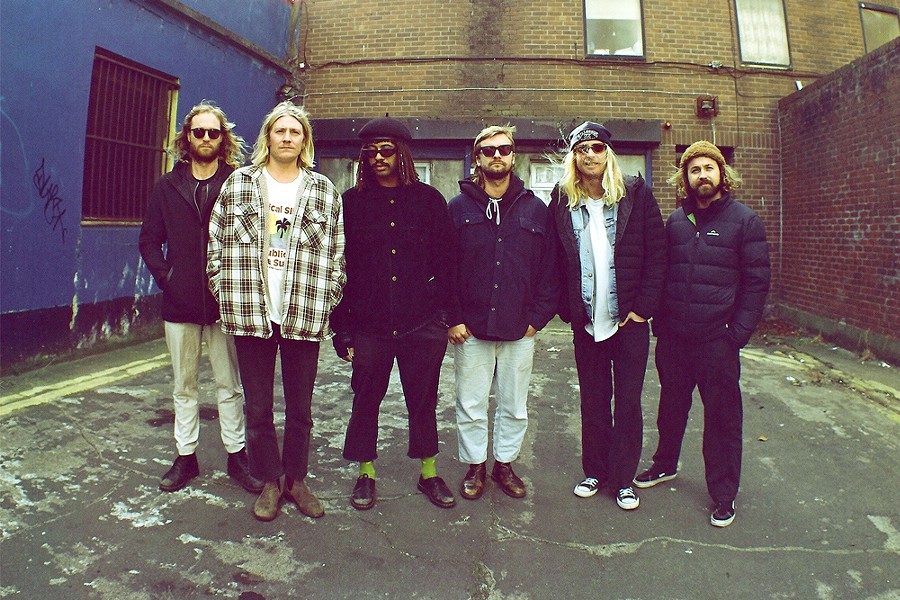 Photo by Kane Lehanneur, courtesy of the artists Ocean Alley plays the Arcata Theatre Lounge at 8 p.m. on Monday, Oct. 3.

I have been trying to find a way to tie the works of the author Hilary Mantel with the music of Pharoah Sanders, and have been coming up bare, I'm afraid. Last week both died, leaving this land of plangent weeping, fallen violence, and occasional delicious meals and orgasms, in favor of the fields in the Bardo reserved for those of our species who worked with the radiant fire of genius. In the case of Mantel, her historical novels proved conclusively the best way to hope to understand the unknowable, alien world of the past is through good fiction. If you haven't read Wolf Hall yet, please do. You can thank me later.

Nothing I could hope to write about Sanders would do any service to his music, so I'll just point out that no less than Albert Ayler considered himself, Sanders and John Coltrane as the Holy Trinity of saxophone players. I'll cosign that.

Maybe there is a connection between these two disparate people, though. I've always felt true genius is revealed not in its incomprehensible splendor, but rather in its ability to translate complicated ideas to almost everyone, and with great ease. The fire of Prometheus was only inscrutable so long as it was solely in the possession of the jealous gods, kept dark to the world by their petty cruelty. Once it lit upon the tinder of the earth, it became the most recognizable thing in creation: The divine spark of inspiration, igniting the dull human clay into vessels of God's own light. Through art, through music, through writing, through all our struggles to invent anew, we are bathed in its glow. And some among us, like Pharoah Sanders and Hilary Mantel, made a big glow of their own in the process.

Have a bright week.

The Brevet is an Orange County band that plays a mixture of various genres, from surf rock to RnB, all sort of blended down and fed through a filter of radio-friendly indie pop. A lot of people like this stuff, including many of you out there, so I'll withhold my own judgment and stick to the facts: Humbrews, 8 p.m., $15, Sequoia Rose is opening. Bang.

Busy night tonight, with two very different, very big acts from yesteryear. First on the marquee is Matisyahu, the Brooklyn reggae crossover artist who started his career as a devout Hasid, although his music has transcended any notion of novelty as his career has grown and his public religiosity regarding the sect has diminished. You can catch him tonight at 7 p.m. at the Arcata Theatre Lounge ($35, $30 advance).

Two hours later and a mere single-kick skateboard roll away over at Humbrews, legendary old school punk band The Avengers hits the stage at 9 p.m. ($20, $18 advance). Known best for its contribution to the pre-hardcore days of punk's pantheon, this four-decade-plus act has kept up a consistent cult following through a reliable and solid discography. Former Chimps provide support.

The Pub is putting on an Oktoberfest party today at 1 p.m. There's a big line-up of musical acts, so I'll just hit some of the highlights: Scarub (of Living Legends fame), B. Swizlo's Mystery Lounge (longtime funk keyboard extraordinaire plus a ton of local rappers), ska act Checkered Past and a load of DJs, including Goldylocks. Tickets are $15 at the door, $10 in advance.

If you missed it last night, now's your second and last chance. I am of course talking about the opening performance of the Eureka Symphony, and this program looks hot. First up are a couple of pieces by Ukrainian composer Reinhard Glière, then the big event I'm excited for, Beethoven's Third Symphony, "Eroica," which is arguably the exchange point hinge from the Classical to the Romantic era. I've never heard this one live, so put me in, coach, I'm ready. Catch it at the Arkley Center ($19-$49, rush tickets available at the box office at 7 p.m. starting at $10 for students).

Miami-born, Los Angeles-based pop duo Magdalena Bay exists in the vacuum created by the collapse of the vaporwave scene in the early 2010s. This project borrows from those sample-heavy, old Macintosh, synthy aesthetics to build a much bigger sound, like 1980s Japanese jazz and restaurant lounge music made stadium size. I enjoyed what I heard, and the real deal can be seen tonight at the Arcata Theatre Lounge at 7 p.m. ($20). Bring your brightest dancing shoes.

Remember that brief period in the 1980s when it seemed like everything in American culture was being infiltrated for the first time by Australian artists? From new wave band Men at Work to actors Paul "Crocodile Dundee" Hogan and Yahoo Serious, the nation seemed poised for an Aussie invasion that, frankly, never came to be. My own favorite artifact from that era is the 1985 film Bliss, based on Peter Carey's novel of the same name. Anyhoo, I'm just riffing right now because the Arcata Theatre Lounge has some musicians from Down Under in the house tonight at 8 p.m. ($20). Ocean Alley is a sextet whose press release mentions surf and psychedelic rock, which I definitely hear down in the sound. However, at its core, the act is a very proficient, shimmery pop band with a sound like a mirage of beauty rolling off the strip where the blacktop meets the beach.

Do you like bluegrass music? Of course, you do — few people don't around these parts. If you're in the mood for seeing some live bluegrass music played by young pros, and for an unbeatable price ($10), then I suggest you mosey over to Humbrews at 8 p.m. There you will find one of North Carolina's finest bluegrass quintets Fireside Collective doing what it does best. Viva.

The Jam is throwing another reggae night with DJ Sarge One Wise, among others. You know the sound, you know the dance, so the time is really the only missing component here (apart from the cover charge, which appears to be nil). Roll through any time after 9 p.m.

Collin Yeo (he/him) thinks that when Plutarch wrote: "The obligation of law and equity reach only to mankind, but kindness and beneficence should be extended to the creatures of every species," he was pretty right on, for an ancient Roman. He lives in Arcata.