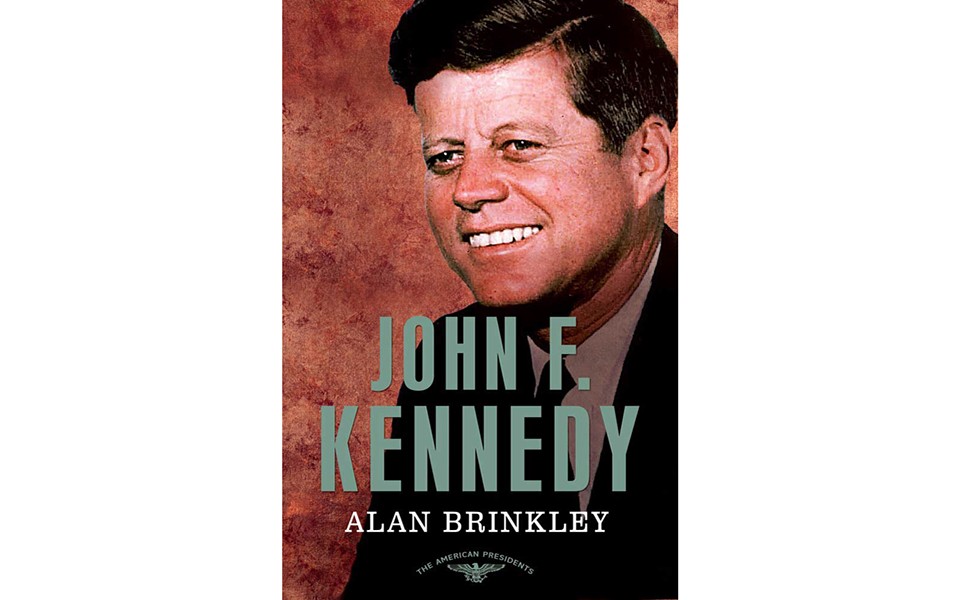 I turned 14 the summer Senator John F. Kennedy was nominated for president, and I participated in my first political campaign. I had relatives I could visit in Washington D.C. to see the inaugural parade in January, and by luck and pluck that weekend I was one of the first non-dignitaries to shake hands with the new president.

So it isn't surprising that I read the major books on JFK (and some minor ones) through the 1960s. Then came the revisionists, the debunkers, the gossip-mongers, and I mostly passed on those, while being aware of their main points.

So I came to this relatively slim volume for a balanced view by a distinguished historian and biographer. It's part of The American Presidents Series, co-edited by Arthur Schlesinger, Jr., the historian who was a White House aide to JFK and wrote his own long book on this presidency. So I assume he wouldn't let serious errors pass.

Yes, Brinkley writes, JFK's health was more precarious, and he was more of a womanizer, than was known at the time. Brinkley handles such revisions fairly, though overall he seems so impatiently determined to demythologize JFK that it becomes harder to understand how Kennedy had such an impact on his times, or why he was so popular as president. But mostly Brinkley's narrative is factual. It lacks the detail to bring events to life but most of the time it generalizes judiciously with the perspective of time and newer evidence.

It will probably amaze younger readers that so much of such importance and drama happened in such a brief presidency, including several foreign crises culminating in the Cuban Missile Crisis, as well as economic, political and civil rights struggles at home. I caught only one implied factual error, but otherwise Brinkley's interpretations of events may not be mine but they are at least plausible. (I'd certainly place more emphasis on JFK's American University speech and subsequent championing of the limited nuclear test ban treaty.)

On the question of whether JFK would have extracted the modest U.S. presence from Vietnam had he lived to be reelected, Brinkley is doubtful. But he doesn't explain why he disagrees with the evidence to the contrary collected by government scholar James K. Galbraith, or the statements by Kennedy aides, including Schlesinger, that JFK was indeed planning to withdraw.

Brinkley dismisses those who see JFK idealistically, oddly lumping them together with conspiracy theorists. Still, as a brief primer on the Kennedy presidency this book succeeds pretty well. I wouldn't stop here, though. For all their omissions, longer and earlier books by the likes of Schlesinger and Ted Sorenson still give a fuller picture of JFK and his times.