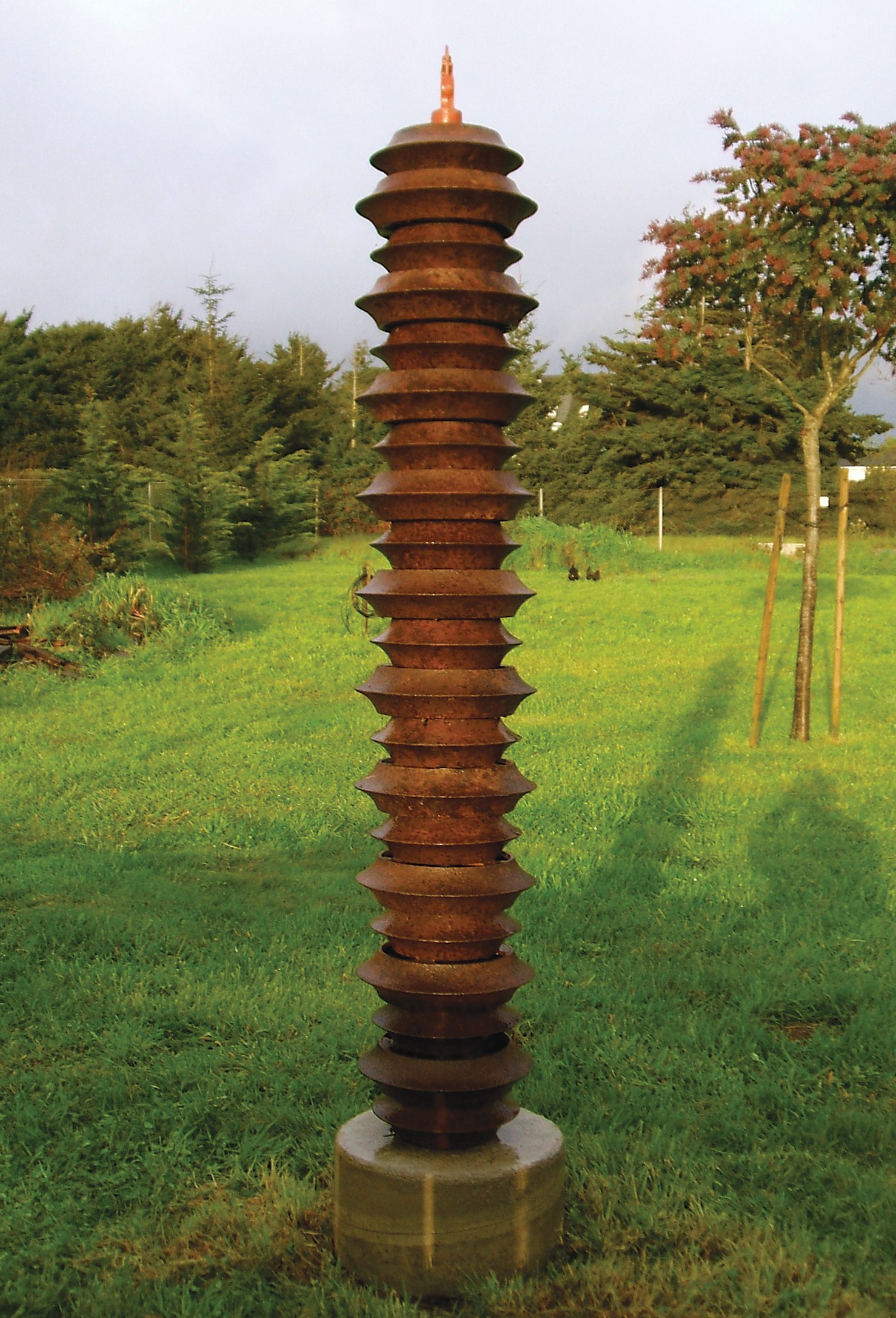 Get out your calendar: June is filled with overlapping opportunities to enjoy the visual arts. As usual, Eureka Arts Alive! is on the first Saturday, June 4, and Arts! Arcata on June 11. As noted elsewhere, North Coast Open Studios encompasses two weekends, June 4-5 and 11-12. In Southern Humboldt, the annual Summer Arts and Music Festival takes place June 4-5.

It could all seem overwhelming, but on closer inspection there's room to maneuver. Obviously, deciding which weekend to do what is key. Remember that Open Studios' hours are 11 to 5. That gives you just enough time to wash your eyes and get out to Arts Alive! and/or Arts! Arcata. And to be practical, many places showing art do so for the entire month, so hold on to Muse, and march to your own BEAT.

Willa Briggs, an art instructor for College of the Redwoods, shows her subtle prints of exceptional power at the Piante Gallery (620 2nd St.). Briggs is a gifted artist who uses all her skills to capture the inner vitality and poise of her subjects. Her renderings of birds and cows and the scenery near her Ferndale home are riveting, and have only grown more so over the years.

Gabriel is in the news this month because North Coast Dance is performing a ballet based on his life at the Arkley Center, starting June 17. This is also a good time to view (or review) the collection of his playful woodcarvings housed in a permanent display on 2nd Street between D and E. The large showcase is once again accessible after being partially obscured by work on an adjacent building following the January 2010 earthquake.

The Ink People have had to be resourceful and flexible in order to maintain their programs and physical place in the community since the January 2010 earthquake damaged their home of many years. Read Executive Director Libby Maynard's update of their situation and a call to the community in the North Coast Open Studios 2011 guide.

In Arcata, Hunter Plaid Gallery has an invitational ceramics show with Kelly Donahue, Maccabee Shelly, Greg Lysander and Michael Lawler featuring new work in a mix of stoneware and porcelain.

There was so much to see and do on the streets of Arcata during the Humboldt Art Festival in May that you may have missed many of the indoor displays. Not to worry: Humboldt Brews, Ironside Gallery, Jambalaya and Robert Goodman Winery are holding over the shows mounted by the energetic young artists of the Humboldt Arts Project for June's Arts! Arcata.

The Mateel's beloved Summer Arts and Music Festival celebrates its 35th year in southern Humboldt with two days of music and art June 4-5. The festival is justly famous for all the music on several stages and vendors of high-caliber crafts. Don't miss the art: More than 30 local artists are featured in an all-media Fine Arts Showcase area near the main stage. Several artists have their own booths as well. Justin Crellin of the Mateel staff promises "live performance painting" and suggests, "Don't miss the arts and crafts tent in the Kids Zone." The Festival is held at Benbow Lake State Recreation Area. Details at www.Mateel.org/summerarts.