Timing your appetite with the tide 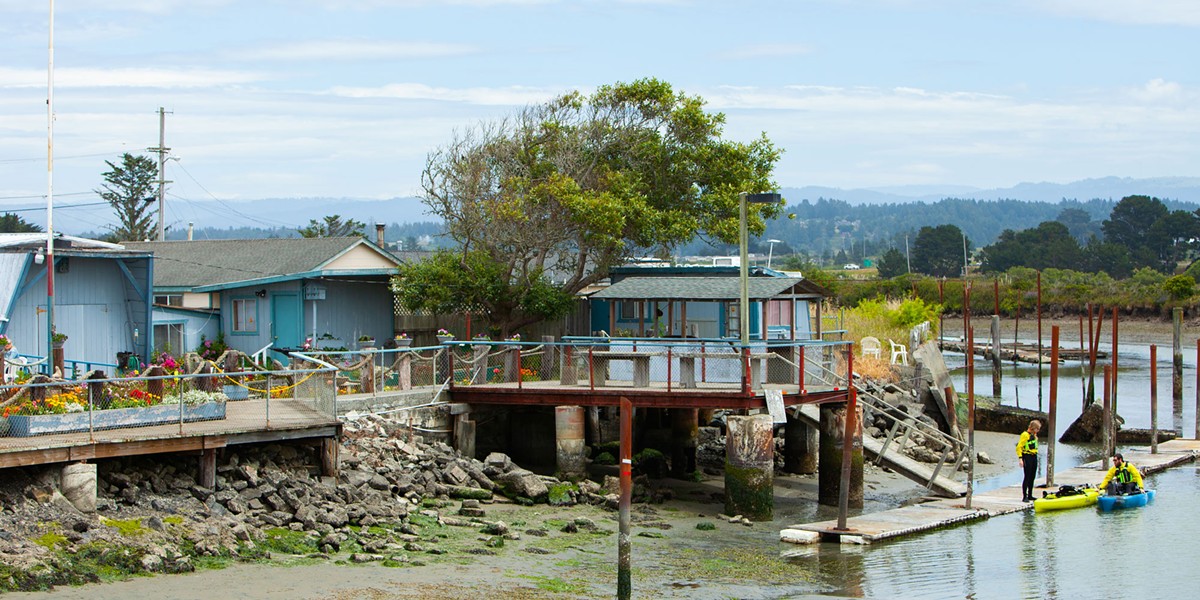 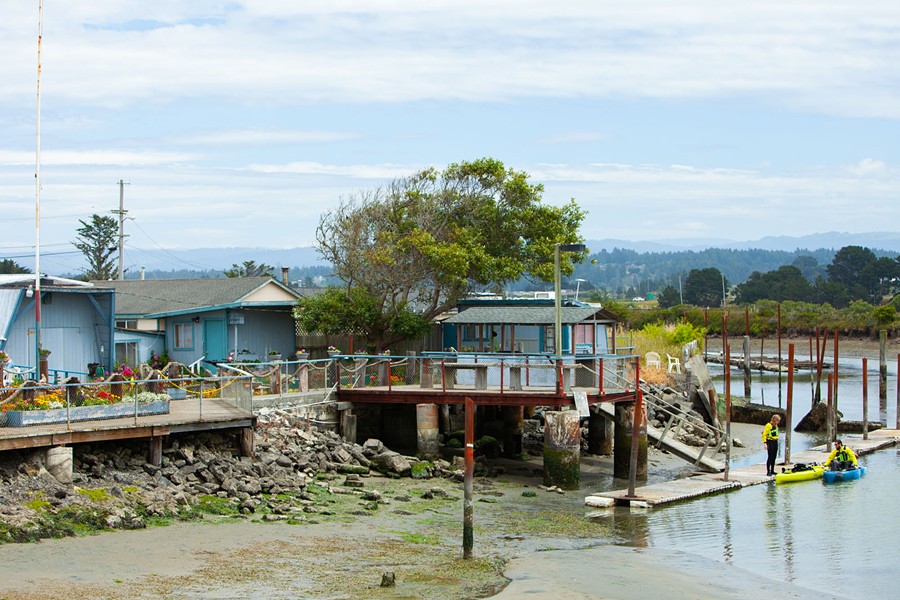 Amy Kumler Pulling up to the dock. 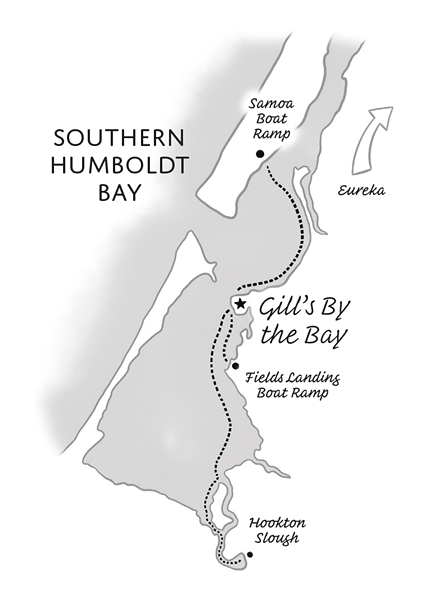 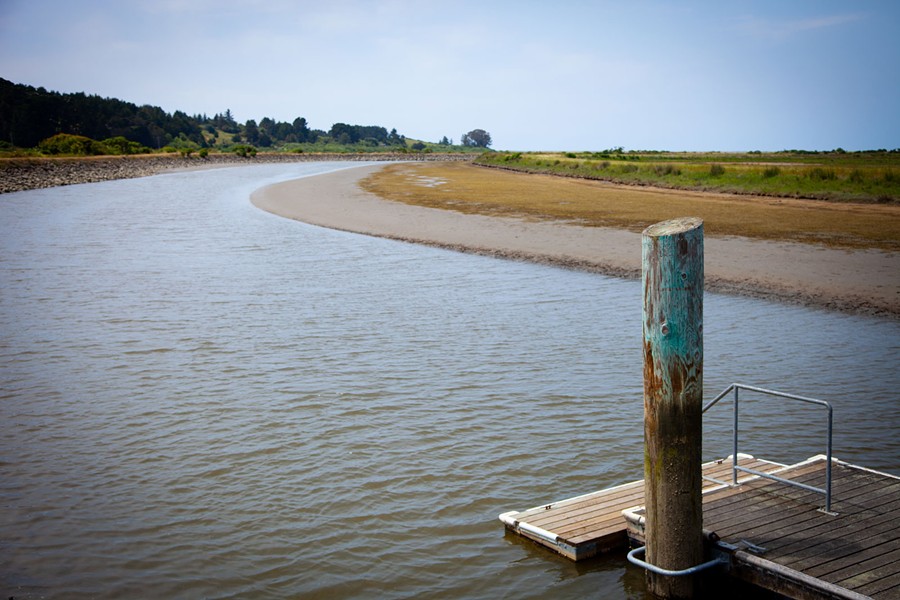 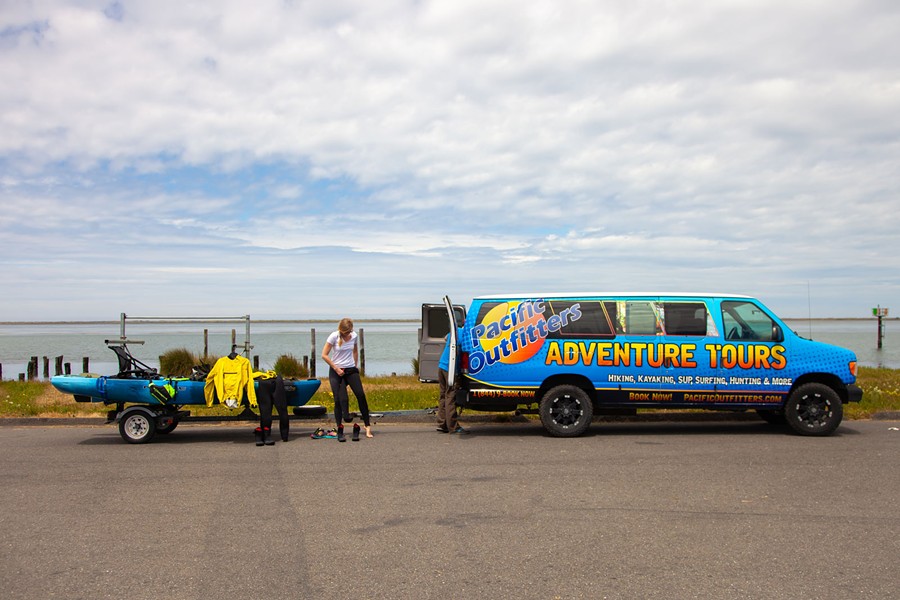 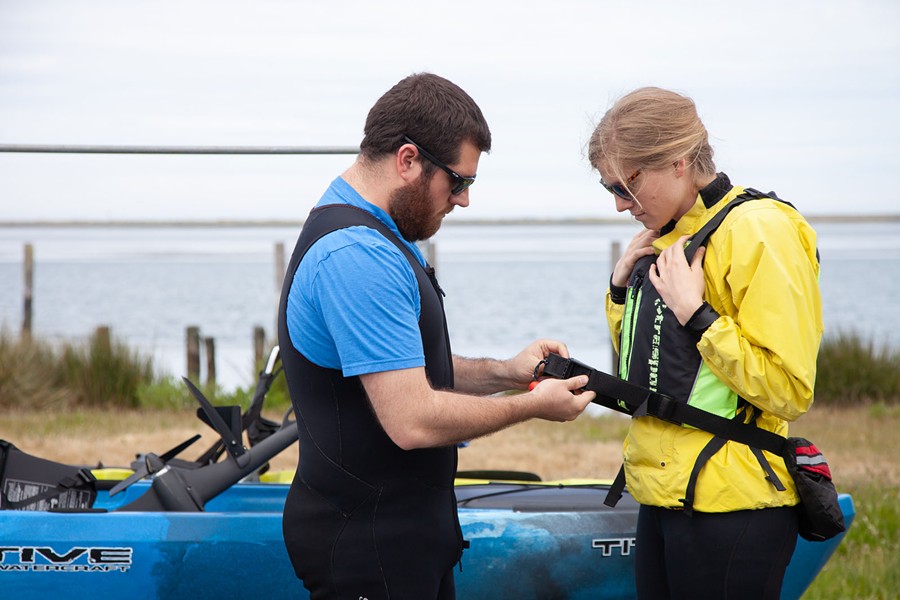 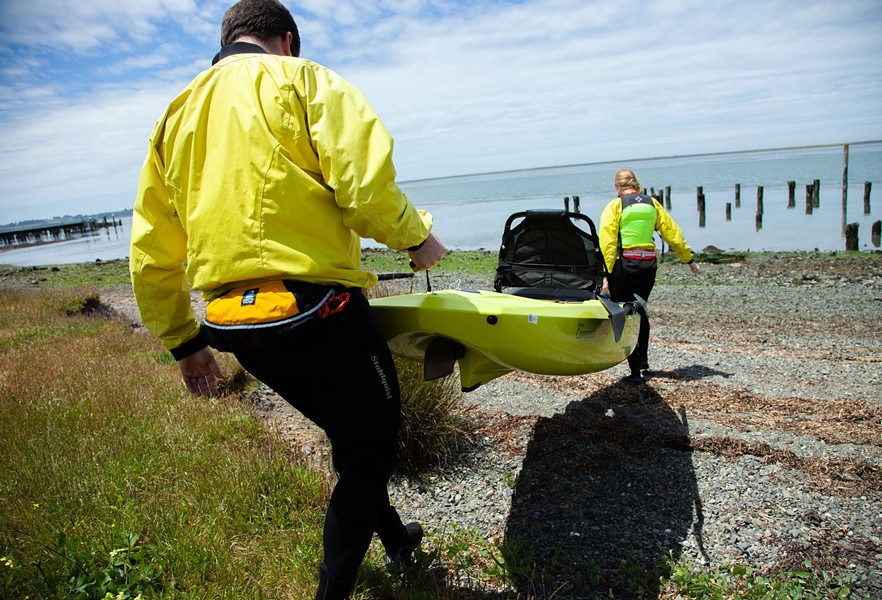 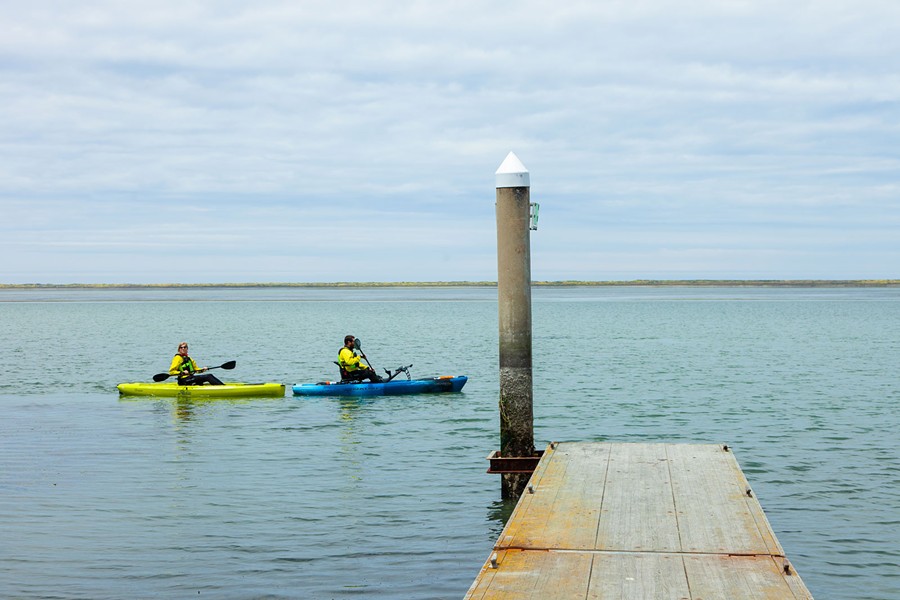 Amy Kumler Hookton slough flora.
Gill's By the Bay perches on the edge of the water, nestled between the seawall and the canals that form the community of King Salmon. Since 1990, the Gill family has been operating a popular restaurant here, catering to hungry fishermen and beachcombers. Many are lured from the exploration of tide pools or the tying up of boats at the docks, by the aroma of coffee, maple syrup and fried food — a tantalizing scent that wafts to the very edges of the narrow peninsula. But the reputation of one menu item far exceeds the boundaries of this small town. In fact, folks come from far and wide to partake of the local Dungeness crab — served up in a light mix of spiced mayonnaise and heaped between two hearty slices of sourdough bread.

Given that Gill's has been feeding mariners for so long, what better way to approach this restaurant than from the bay? Gill's narrow dock, slung alongside the entrance of King Salmon's main canal, is the perfect place to tie up a couple of kayaks. And Humboldt Bay offers several different boat ramps from which to start a kayak journey. It all depends on how strenuous a journey is desired and, of course, on the timing of the high and low tides.

Hookton Slough, located 6 miles south of Gill's, offers a winding paddle that cuts through 1.5 miles of canals edged with wild grasses and sandy bars before opening up on the southern end of the bay. The ideal plan would be to paddle north to Gill's on the outgoing tide, have lunch during the slack tide and then paddle back during the incoming tide. The kayaker choosing this route is sure to share the scenery with migrating birds, as well as otters and seals. But this is a sizable journey for experienced kayakers who really want to work up an appetite. You can also put in at the Samoa Boat Ramp (295 New Navy Base Road, Samoa), cross the channel to the east side of Humboldt Bay and follow the coast south. When you reach Buhne Point, you can hook toward King Salmon Slough and make your way to the dock at Gill's. If you have a more leisurely trip in mind, then Fields Landing is the point from which to launch your trip.

Industries from lumber to whaling once enlivened the streets of Fields Landing but all that bustle has faded away, leaving a quiet town of Victorian cottages. The boat launch spills out into the gray waters of the bay, combed through with slick eelgrass and drifting jellyfish. Paddle northward toward Gill's and slip silently underneath the docks. Take a moment to imagine the whaling ships that once towed their giant prey back to the waiting town. Reach out and touch the thick, barnacle-coated stems of the piers that rise out of the water, holding up the deserted winches and gears of the past.

Nature is reclaiming these docks, as evidenced by the collapsed roofs and ivy-strewn windows. Pelicans, cormorants and egrets abound, draping themselves over isolated stumps of piers or pieces of driftwood. Whatever the color of the sky, it will be reflected in the broad expanse of water. As you're serenaded by the steady call of the foghorn, the aroma of Gill's By the Bay will pull you forward, past the seawall and into the King Salmon Canal.

Inside Gill's, you'll find some customers huddled at cozy tables, shaking off the weather and warming their hands on cups of coffee. If the weather is fair, many chose to eat on the observation deck with its many flowers, bird baths and, off to the side, a harpoon cannon once used in whaling. Wherever you choose to sit, be sure to gather up a crab sandwich with both hands. Biting down into the delicate salty-sweet flavor of Dungeness crab is a pleasure not to be missed.

After your meal, return to the kayaks and explore the King Salmon canals. An assortment of sea cottages line the edge, reflecting their jumbled colors to the sky. But these canals are best explored in deep water, so time this portion of your trip with the incoming tide. Check in with www.noaa.gov before you set out.

King Salmon, with its collection of backyard docks, is a community ruled by the tides. When we travel by kayak, we are reminded of this ancient rhythm. As the docks begin to rise on their floats and base of the seawall disappears under the flooding water, leave behind the tantalizing smells and the cozy tables of Gill's By the Bay. Other customers will have to leave via the parking lot but you can paddle your kayak into the open water, letting the incoming tide carry you home.