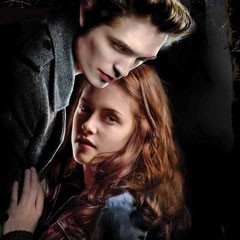 Opening Wednesday, Nov. 26, is Australia, a historical epic set prior to WWII. Directed by Baz Luhrmann (Moulin Rouge), the film stars Nicole Kidman as an Englishwoman who inherits an Australian ranch and Hugh Jackman as her Aussie partner. PG-13 for some violence, a scene of sensuality and brief strong language. 155m. At the Broadway, Fortuna and Mill Creek.

Four Christmases is a comedy starring Reese Witherspoon and Vince Vaughn as a married couple who are obligated to spend the holiday with four divorced parents. Also starring Sissy Spacek, Robert Duvall and Mary Steenburgen. Rated PG-13 for some sexual humor and language. 82m At the Broadway, Fortuna and Mill Creek.

Transporter 3 continues the saga of professional driver Frank Martin, played again by Jason Statham. This time he has to deliver a kidnapped woman from Marseilles to Odessa. There are probably some speed bumps along the way. Rated PG-13 for sequences of intense action and violence, some sexual content and drug material. 100m At the Broadway and Mill Creek.

The Boy in the Striped Pajamas is the story of a friendship between privileged German boy Bruno and a Jewish boy his age named Shmuel, who is in a nearby concentration camp, a fact Bruno initially doesn't understand. Rated PG-13 for some mature thematic material involving the Holocaust. 93m. At the Broadway.

BOLT: Low expectations really do make actual experience so much rosier. The most recent case in point relates to the two local film openings this past Friday. Faced with a choice of a Disney computer animated feature starring a small, deluded white Shepherd who believes he's a superhero and a chaste "young adult" vampire film where the pathetic vampire calls himself a "vegetarian" because he drinks animal blood instead of human, I went into a deep movie malaise. How was I going to face this lost weekend?

Clearly, this intro is leading up to a pleasant surprise. Not only did Bolt disperse my funk, it accomplished what the best films aimed at a young audience always do: It appealed to adults as well, even this superannuated one.

On one level, the story is straightforward. A young girl named Penny (effectively voiced by Miley Cyrus) picks out a cute white puppy from a pet store, whereupon the two become stars of a TV series where the dog, now named Bolt (John Travolta), is a superhero that saves Penny from grave danger week after week. In order to get a completely authentic performance out of Bolt, he is led to believe that the TV set is the real world and he actually has super powers.

But by accident, Bolt ends up in a box that is shipped to Manhattan and as he has to cope with the actual real world he gradually comes to realize he's just a dog. But in the course of a road trip back to Hollywood and Penny, he also discovers his own identity, that reality is better than illusion and that it's possible to be a hero without special powers. Bolt makes this discovery with the help of some opportunistic pigeons, a cynical alley cat named Mittens (Susie Essman, Curb Your Enthusiasm) who was abandoned by its human and Rhino, a true-believer hamster (Mark Walton). Thus, we have the typical moral of a children's story.

But embedded in the film is a genial yet pointed satire of Hollywood practices, the most overt of which is represented by Penny's ingratiatingly self-serving agent who ignores all of Penny's wishes. But more broadly, the film comments on a superficial Hollywood and TV culture that feeds audiences the same lame fare again and again (and by extension, the audience that eats it up over and over). Dog and cat owners will also enjoy the stereotypes that are presented in the byplay between Mittens and Bolt.

The animation looks beautiful, and the film neatly ties up both the surface narrative and the subtextual ones. Bolt might not be in the same class as Ratatouille or even Wall-E, but it's close enough. This sweet film managed to appeal to a sourpuss like this reviewer, and it takes a bit to neutralize my acid. Rated PG for some mild action and peril. 96m. At the Broadway, Mill Creek, Minor and Fortuna (in 3D).

TWILIGHT: Okay, it's been a really long time since I was in high school so I'm clearly not the target audience for Twilight, based on the first book in a very popular series by Stephenie Meyer about a high school junior named Bella Swan, who falls for Edward Cullen, who's been a junior for, like, a hundred years, since he's a vampire.

In fact, most of what I think I know about high school culture comes from movies aimed at that age group, so I take it on faith that the depiction of the culture (minus the vampire element) is somewhat accurately represented by Meyer in her novel and in this adaptation.

But if you're expecting a vampire film you're going to be disappointed; Twilight works better as a tale about the wisdom of abstinence. In fact, beyond the usual hormonal behavior by the high school students, this film seems more like a film version of a not very risqué romance novel (as opposed to the "bodice ripper" version), complete with sappy dialog, long, lingering glances and barely thwarted desire.

And yet, despite all this worn baggage, Twilight turned out to be better than its parts, for which I credit the acting of Kristen Stewart (Into the Wild) as Bella and Robert Pattinson (Cedric Diggory in the last two Harry Potter films) as Edward. Particularly the former.

The story, except for the vampire aspects, is familiar. When Bella's mother decides to travel with her new husband, a minor league baseball player, Bella moves to a small town on the Columbia River in Washington to stay with her father, Charlie (a nicely low-key Billy Burke). At her new school, she is instantly attracted to the rather strange, very pale Edward.

The twist, though, is that when Bella discovers that Edward is a vampire (albeit from a group that eschews human blood), she is not afraid but desires him all the more, eventually meeting his family in an amusing sequence where they cook dinner for her only to discover she already ate since she knows vampires don't eat ordinary fare. But going public with a vampire has its dangers and Bella along with Edward and his family must deal with a group of "bad" vampires who crave human blood.

Stewart plays Bella as a no-nonsense, slightly sarcastic, self-aware young woman, so her romance with Edward has more substance than the genre normally depicts. Director Catherine Hardwicke (Thirteen; Lords of Dogtown; The Nativity Story) is the go-to person for dealing with young people, and she does so effectively, particularly in drawing out good performances from young actors.

I do know that I'm not sure the teenage Charlie could have resisted Bella's lovingly proffered neck as Edward does. Stay tuned for the next chapter in the Bella/Edward love chronicles. Rated PG-13 for some violence and a scene of sensuality. 122m. At the Broadway, Mill Creek, Minor and Fortuna.

QUANTUM OF SOLACE. Latest installment in the line of James Bond movies. Rated PG-13. 106m. At the Broadway, Mill Creek, the Minor and Fortuna.

ROLE MODELS. Men arrested while on energy drink bender, then opt to mentor kids instead of doing jail time. Rated R. 99m. At the Broadway and Mill Creek.