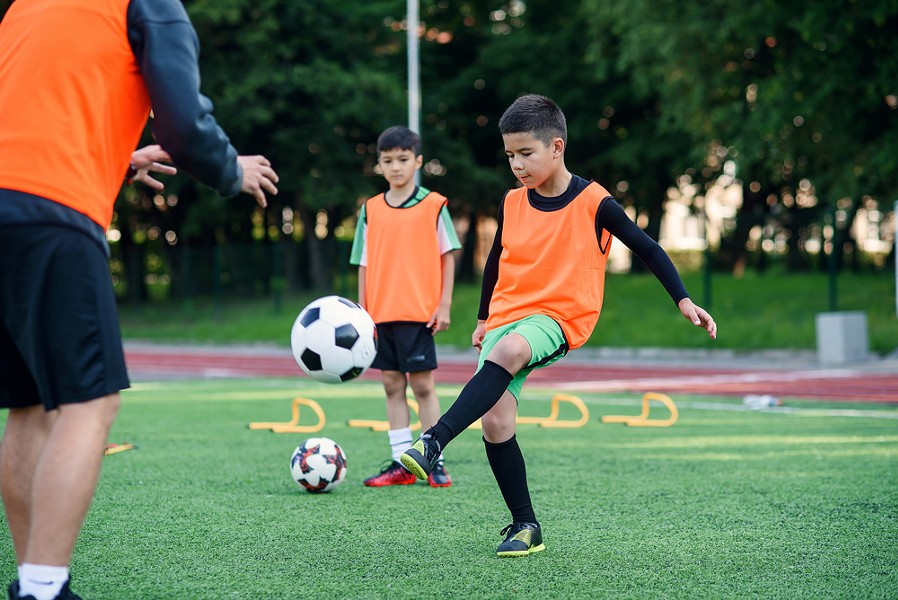 Plenty of adults label this generation of kids as lazy and spoiled. That is what older generations do: label the younger generations as not as tough as they were — walking to school, part time jobs, toeing the line and playing more sports.

By one barometer concerning sports, the National Alliance for Youth Sports concludes that currently about half of kids quit sports by the time they turn 11 and about 70 percent quit by the time they reach 13. Those statistics point to a story but don't address the causes.

Youth sports can develop physical fitness, teamwork, success, the ability to deal with and overcome defeat, and, of course, provide an alternative to the internet. In our society, fewer kids participate in sports now than they did in the past. There are rising rates of obesity and consumption of junk food, which can be traced to bottom-line issues based on systemic variables in our culture. But it is not so simple as chalking it up to kids just being lazy.

The COVID-19 nightmare has had a huge impact. For example, the Fortuna Major League Little League season had a smaller number of kids try out for teams this year. Many did not have the skills needed after a year of inactivity and so were sent to the younger team's league. There will be only four teams this year — one from Ferndale and three from Fortuna — after decades of up to eight teams.

Coaches at the high school level are finding fewer students than expected interested in playing in these shortened seasons with a few exceptions. Everyone was hopeful there would be lots of enthusiasm for these seasons of sports after a year of pent up kids but that has not been the case.

My next-door neighbor is a sophomore in high school. He wants to play basketball for the shortened four-week season this year but the basketball season will overlap his baseball season by a week, and the last two weeks will be during his summer vacation and a planned family trip. Another year of lost skills.

The effects of COVID-19 might be felt long term. Like many, I am guilty of apathy and inactivity during this pandemic. It can become ingrained. Getting into competitive shape is a lot of hard work. For the youth, loss of interest has been building for a while and the pandemic probably exponentially accelerated it. My column is about sports but there is an overlap with clubs, plays and band. The lost time socializing in groups will be taxing.

The primary concern among experts is kids feeling sports are not fun. As they get closer to high school, the system has become focused on more competitive players. My coaching friends around the North Coast Section have been talking about it for years.

A major shift has been a clear push toward specializing. Coaches are both witnesses to and sometimes causes of this movement. The statistics show most kids who specialize and only practice one sport all year do not significantly improve in that sport. Lost are the lessons of honing other skills, developing other muscle groups, learning to play with a variety of team members, finishing a task and other benefits that come with diversified training.

The idea of picking one sport and specializing might work for some, but the underlying message can be, "If I am not the best, I have failed." A girl who specializes in soccer and does not make the prestigious summer travel squad may think there is no point to committing to it and quit the sport.

Those kids who hang in there can feel parents and coaches are disappointed if they have not excelled and "won," concerned more with the score and the outcome. Development of skills and having fun are not prioritized. A 13-year-old struggling with grades, school standards, esteem, sexuality and a host of influences can certainly be swayed by a friend who walks away from sports.

Many families cannot afford to have their child focus on sport stardom. Equipment, year-round fees, camps, travel for select teams and coaching are expensive. Low-income and single-parent families are often shut out. There are organizations that will help, but it's harder for kids growing up on the wrong side of the financial tracks.

We cannot look at contemporary youth society without coming back to the impact of social media, smart phones and online gaming. According to Pew Center's Internet Research Study, most kids in the U.S. have their first cell phone by the age of 12, 92 percent of teens are online every day and 24 percent are online almost constantly.

If a 10-year-old boy plays center field, getting a couple chances to field a ball in a game and maybe three at bats a game, he might get bored. If he is not particularly good anyway, why not opt for staying home playing Fortnite with the constant action of a video game in which his skill level is high and rewarding?

"Little League parent syndrome" is the term sports psychologists use to describe the intense need to see one's child gets on the best teams and spends hours traveling to games and clinics. Superimposing a parent's own ego and desires can also lead to kids not having as much fun. If you start pushing your kids at the age of 5, burnout, boredom, guilt and injuries from pushing too hard are possible outcomes. On the flip side, the 10-year-old that wants to start a sport may feel displaced and behind before even trying.

Ways to counteract these issues include pointing kids toward activities such as swimming, karate and gymnastics to build coordination, not the use of equipment. To avoid burnout, instead of playing more than one sport per season, kids could focus on different sports in different seasons. Having your kid be the best at age 8 often eliminates the possibility for them to be the best at age 15.

The pressure to win and excel at the age of 7 doesn't compare to having fun and connecting with parents and coaches.

My nostalgic thoughts turn to questions like: What happened to the games in the street, the bicycle and coming in at dark? What about shooting hoops just for fun and playing with new friends in the neighborhood?

Try not making them little soldiers in the sport you stayed in because it was fun for you. Try not reliving every play on the way home. Try saying, "Wow, I love watching you play."