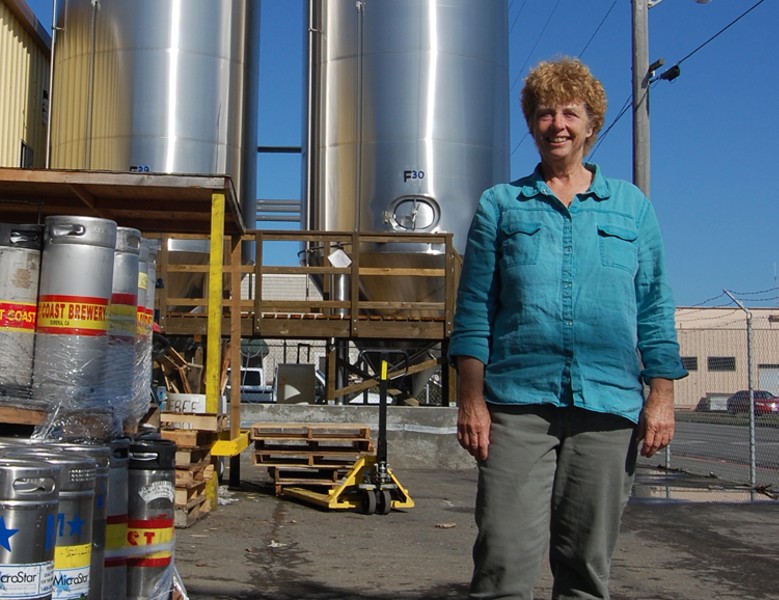 To get an idea of the size of the Lost Coast Brewery empire, just walk through its Eureka brewhouse -- a labyrinth of giant fermentation tanks, bottling machinery and stacked pallets of ready-to-ship product that seems too big to believably be in Humboldt. To say you could get lost in there might sound cliché, but it isn't. I literally did.

If anything qualifies as a Humboldt success story, this is it. Lost Coast ships beers worldwide and it's continuing to grow -- it will up production by an estimated 10,000 barrels this year. In 2010, it was listed by the Brewers Association as the 38th largest craft brewery (by beer sales volume) of the more than 1,700 in America.

"And we'd like to be bigger," says Lost Coast's always upbeat owner Barbara Groom. She's trying. Plans to expand the increasingly cramped operation to a yet-to-be-built facility were initially met with resistance from nearby residents on South Broadway but are slowly moving along. If the ball keeps rolling, Groom suspects the brewing side of the business can move in two years.

But what of the beer? Members of our expert beer panel were somewhat indifferent to many of Lost Coast's lighter beers. Groom knows and is at peace with her brewery's reputation among beerheads.

"We try and do hoppier beers, but somehow we always fail," she says jovially. "I never wanted to be the fruit beer brewery because to me it's not honest. I wanted to be the hoppy brewery." But in business you can't dismiss demand. Groom initially resisted bottling Lost Coast's wildly popular Tangerine Wheat, but people kept asking for it. In the Journal's recent Best Of readers poll, it garnered enough votes to come in third place.

"People love our mellow beers," Groom says. You can't argue with that.