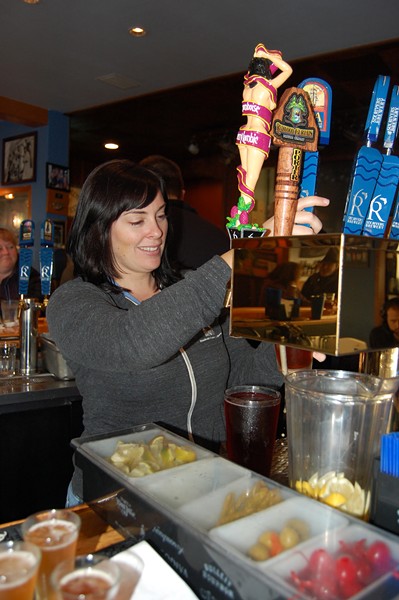 "See how clear that is." Six Rivers Brewmaster Carlos Sanchez holds  a sample glass of Trula Pilsner up to the light for us both to inspect. The golden-colored lager is so clear it almost seems fragile.

"You can't hide any flaws in this beer," Sanchez says. Six Rivers Brewery is the only local brewery to produce a pilsner, a distinction he's proud of since it takes relatively longer to produce, around five to six weeks at Six Rivers compared with about two weeks for many other styles. "The true test of a brewer's mettle is if you can make one of these and it doesn't suck."

Like its larger local beer brethren at Eel River and Lost Coast breweries, Six Rivers operates a vibrant brew pub -- a social/cultural hub in its Humboldt enclave. But while significant portions of those big boys' products find their way around the world, roughly three-fourths of the beer produced at Six Rivers goes right through the tap, never leaving the premises.

Co-owner Meredith Maier prides herself on the community the brewery has been able to foster in McKinleyville. "We have the most loyal clientele," she says. "They come in for lunch with their business partners, they come in for a drink on their way home, they bring their family back for dinner, then come back after they put the kids to bed." Life is good on the top of the hill.