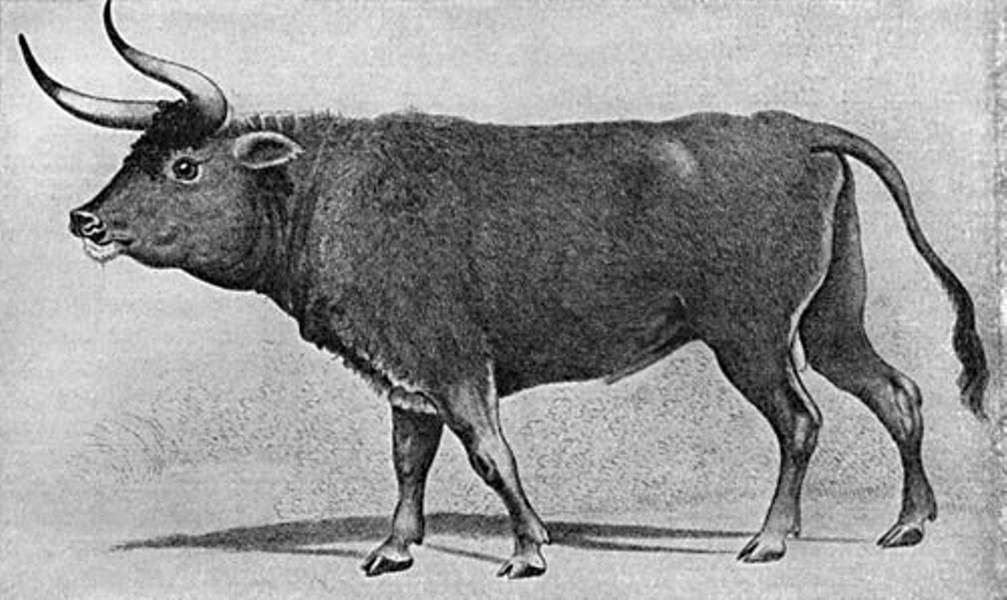 Aurochs, ancient relatives of modern cattle, were once herded for milk. Depicted in many cave paintings, aurochs were huge: adults were 6.5 feet at the shoulder and weighed 2,200 pounds. They went extinct about 400 years ago. (Public domain) 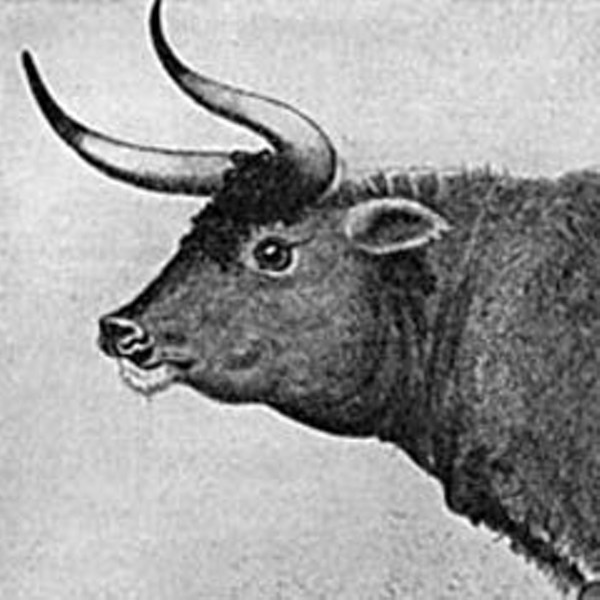 Next time you're standing in front of the dairy section at the Co-op deciding whether to buy two percent or whole milk, you might think about how adult milk-drinkers are in the minority. Most of the world's non-infant population is lactose-intolerant, while a minority of us have a mutant gene that allows us to ingest milk. If you're in that minority, you can thank recent evolution.

Evolution results from random mutations in the process of passing the genome -- the genetic information carried in the egg or sperm -- from one generation to the next. Most of these mutations are either neutral or harmful, but a few are beneficial -- the bodies which they help create are better adapted to their particular environment than their siblings lacking the mutation -- and so have the edge in being passed on to future generations. Such is the beauty of natural selection.

Although the human genome varies by less than half a percent throughout our species, the differences are important. Most of the them appeared in the last 50,000 years, that is, in the time since our common ancestors moved out of Africa and began the human diaspora across the globe. One of the more obvious differences is lactose tolerance, which appeared a mere 400 generations, or 10,000 years, ago.

We're mammals: our young drink milk. All human infants and children are able to do this because their intestines produce an enzyme called lactase. Lactase splits the complex and indigestible lactose sugar found in milk into the simpler, digestible sugars glucose and galactose. For most of the world's population, lactase production shuts down before adulthood.

However, a minority of us can continue to drink milk into as adults: we're lactose tolerant. That's because we've inherited a genetic mutation which maintains lactase production into adulthood. What's interesting is that the groups with the mutation are the ones who descended from populations whose culture included the herding of milk-producing animals, such as Europeans, East Africans and Saudi Arabians. Overall, the adult-lactase gene is present in 80 percent of Europeans and 20 percent of Africans and Asians today.

Interestingly, it isn't just one mutation, it's one of several, all of which result in lactose being produced beyond childhood. Over the past 10,000 years, mutations of the lactase gene have arisen independently in those parts of the world where our ancestors herded milk producing animals. Quoting from a recent article in Scientific American, "... retention [of that trait] in milk-dependent societies illustrates how culture can reinforce the forces of evolution."

Next time you're at the supermarket, consider this: those "dairy" shelves are loaded because most of us now living in North American have ancestors who herded cattle, goats and camels.

At 66, Barry Evans (barryevans9@yahoo.com) still enjoys his lactose-tolerance, adding a splash of half-and-half to his morning coffee. He lives in beautiful Old Town Eureka.

CAPTION: Aurochs (Bos primigenius), ancient relatives of modern cattle, were once herded for milk. Depicted in many cave paintings, aurochs were huge: adults were 6.5 feet at the shoulder and weighed 2,200 pounds. They went extinct about 400 years ago. (Public domain.)