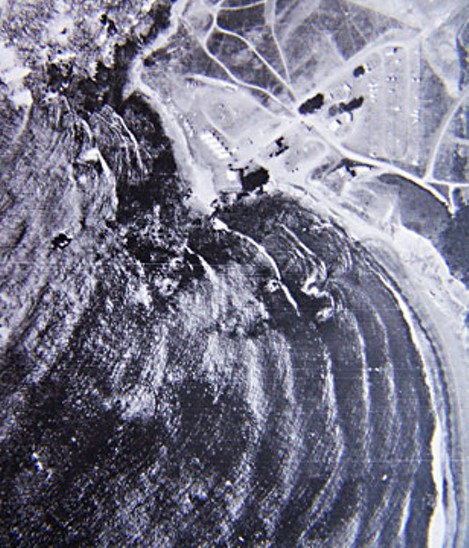 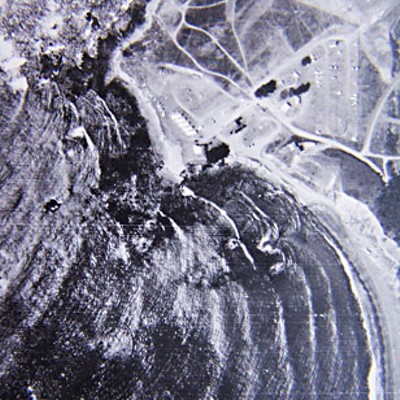 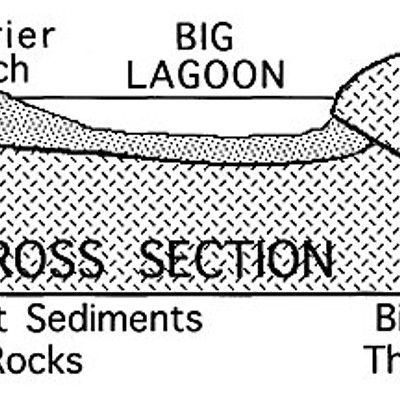 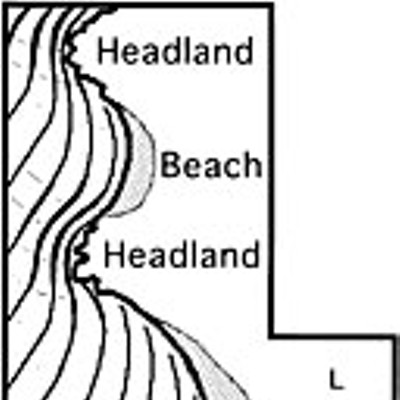 Much of our coastal topography is generated by repeated slips on thrust faults like the one along the east shore of Big Lagoon. However, wave activity tends to straighten the coastline by eroding headlands and depositing sediments in bays. Wave energy is focused onto the headlands by the refraction of waves as they are slowed by shallowing water.

Refraction also explains why wave crests tend to parallel the beaches upon which they break. However, residual obliqueness causes waves to wash up and down in a zigzag fashion, thus moving sand along the beach. Sand obtained from the mouths of rivers is transported along beaches and eventually delivered into submarine canyons. The offset of the beach between Stone Lagoon and Big Lagoon reveals the southward migration of sand around a rocky promontory.

A lagoon forms when longshore drift extends a beach across a bay. If the bay is large, tidal currents tend to maintain a breach in the beach, such as the entrance to Humboldt Bay. Big Lagoon’s beach is occasionally breached by winter storms or shovel-wielding miscreants.

The seasonal growth and decay of beaches is interesting. I understand how large winter waves remove sand to deeper water, but the up-slope transport of sand by small summer waves eludes my understanding.