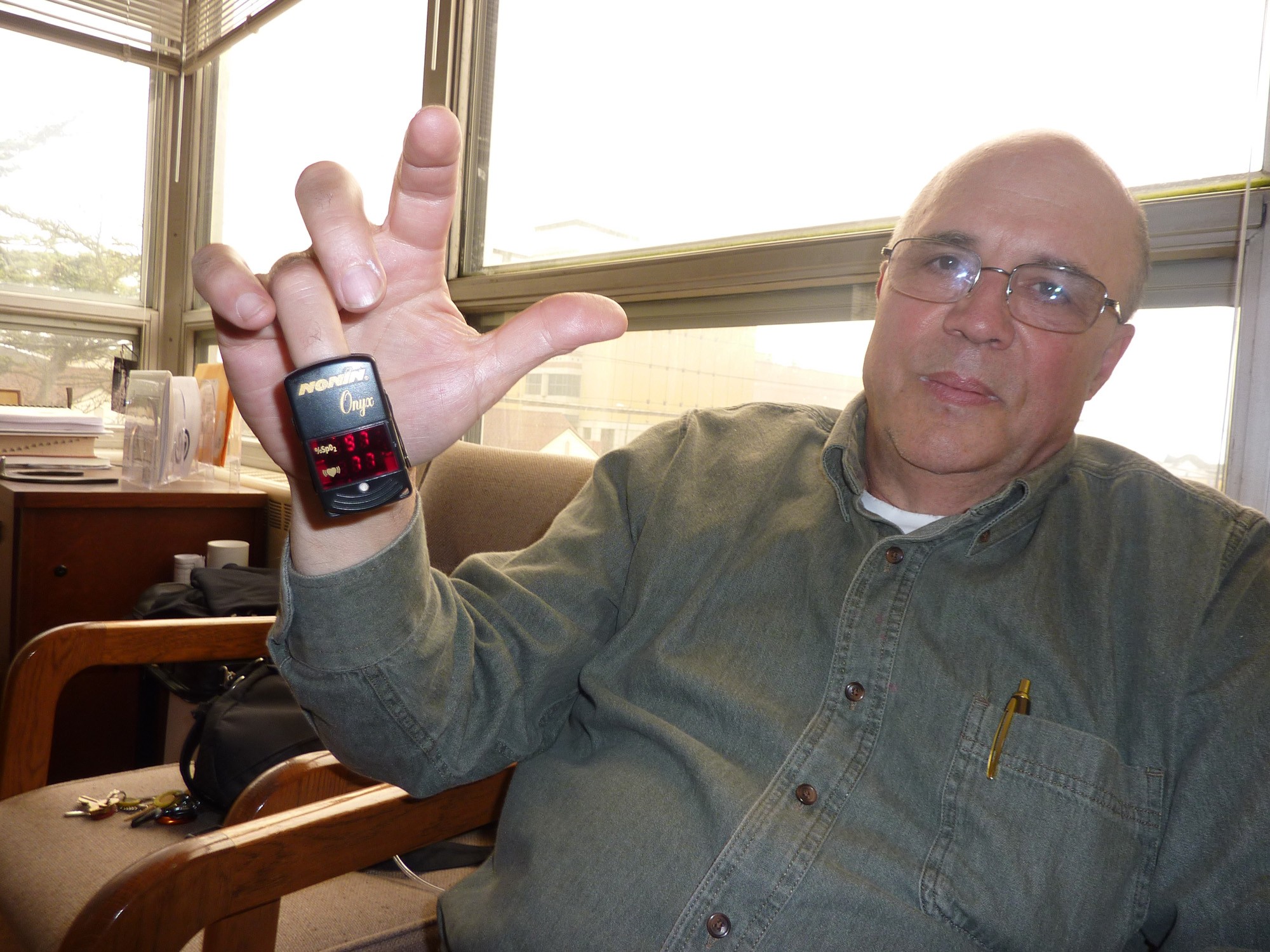 Lance Madsen didn't realize how serious his lung problems were until one of his doctors used the word "transplant." It was last summer. Madsen, a former Eureka police officer and current community liaison for the Humboldt County Housing Authority, was on his way home from his latest appointment at the Stanford University Medical Center. Somewhere near Ukiah, his cell phone rang.

"I forgot to ask while you were down here," his doctor said. "Did you want to meet with the transplant doctors?"

Madsen was taken aback. "I'm going, 'What do you mean,'transplant doctors?!' " he recalled.

Just weeks earlier he'd filed preliminary paperwork with the City of Eureka in case he decided to run for the Fifth Ward seat on the city council. He'd been suffering lung problems for nearly five years, while doctors poked, probed, scanned and examined but never reached a definitive diagnosis. He figured that his morning coughing spells and increasing shortness of breath wouldn't prevent him from serving on the council, where he'd served two earlier terms, from 1990-98. But now his doctor was saying "transplant." He still didn't know what was wrong with him exactly, but he knew it was serious.

On Aug. 5, still undiagnosed, Madsen officially entered the council race. Two weeks later his doctor told him that he had idiopathic pulmonary fibrosis, a lung disorder that causes scarring or thickening of the lungs. "Idiopathic" means the cause is unknown. There's also no known cure.

Still, Madsen decided to stay in the council race, where he was running unopposed. His doctors said that while the disease sometimes gets worse quickly, it can also take years to progress. And his team of nurses and physicians was encouraging. "They said, 'You're way too early for a transplant. We don't usually see people this early,'" Madsen said last week during an interview at City Hall. "That made me feel good."

The following month he and his wife, Kathy, traveled to the Sierra Nevada for a vacation at Wrights Lake, elevation 7,000 feet. "It was nine of the most miserable days of my life," Madsen said. "I couldn't cross the street without having to sit down, gasping for air. And I didn't know what was going on."

The oxygen-rich air of Eureka had disguised just how much Madsen's lungs had deteriorated. When he got back to sea level his doctors performed more tests -- drawing blood, shoving scopes down his throat, taking images of his neck and chest after he swallowed barium or got injected with dye. They sent him home with oxygen tanks, which he hadn't expected to need for years.

Madsen took office in November, having told no one but his family and a few close friends and colleagues about his medical condition. He remained optimistic that he could serve out his term (which runs through Nov. 4, 2014) before things got too bad. But in the months since, his condition has worsened. Two months ago he went down to part-time at the Housing Authority, and last week he retired completely, 2½ years ahead of schedule.

In his council chambers last week Madsen was noticeably thinner than he'd been in November, and his hands trembled. On the chair beside him he set a shoulder bag, which held the small oxygen tank and nose tube he's been carrying around lately and a finger pulse oximeter -- an electronic device that clamps onto a fingertip and measures pulse and the oxygen saturation of the blood. Healthy lungs maintain a saturation level between 95 and 100, Madsen said. Anything below 90 is trouble, he added.

"From my front door to get my mail and back, up the three steps up to my house and I'll drop down below 88," he said. "I just start hacking, coughing, can't get breath." At night he sleeps with an oxygen mask over his mouth. "Of course I never check my levels at night," he said with a laugh that triggered a brief coughing spell. When he recovered he said, "That's another thing -- laughing. It gets me coughing. I can't do a belly laugh."

Next week Madsen has an appointment at Stanford Medical Center's pre-transplant clinic where he'll learn whether he's a candidate for a lung transplant. He expects to be eligible since he's relatively young (62) and has few underlying health problems. But there are still many unknowns. He doesn't know, for example, if he'll end up getting complete lung transplants or just certain lobes. He could be told that he's still too healthy to go on the transplant list. Or he could be denied altogether.

On average there are 15 patients on Stanford's lung transplant list at any given time, and the average wait time is six months. A complex formula based on each patient's health and compatibility is used to determine who gets a lung when it becomes available, Madsen said.

He plans to attend council meetings until he's physically unable. Even then he'd like to participate virtually through Skype or a similar program -- right up until he's called in for the transplant.

According to the U.S. Department of Health and Human Services, nearly 84 percent of lung transplant patients survive the first year after surgery. The five-year survival rate is just 54 percent. Ten years out, only 28 percent have survived -- though many patients are older than Madsen.

The soft-spoken councilman was hesitant to announce his condition publicly. "The last thing I want is pity," he said. But his troubles are becoming obvious. Last weekend, as he walked around Old Town's Fourth of July festivities, people saw the oxygen tank and asked what was wrong. He said his wife and friends have been very supportive, and he's learned how to conquer fears -- from his once-paralyzing fear of public speaking to the immediate danger he faced as a Eureka police officer from 1973-86.

His lung disease is just another journey, he said. "It's, y'know, it's scary. But I've done my fair share of scary things in the past." He said he's managed to accomplish far more that he ever expected, from being a dad and a police officer to serving on nonprofit boards like the Boys and Girls Club and serving in public office.