Land of the Free, Home of the Brave 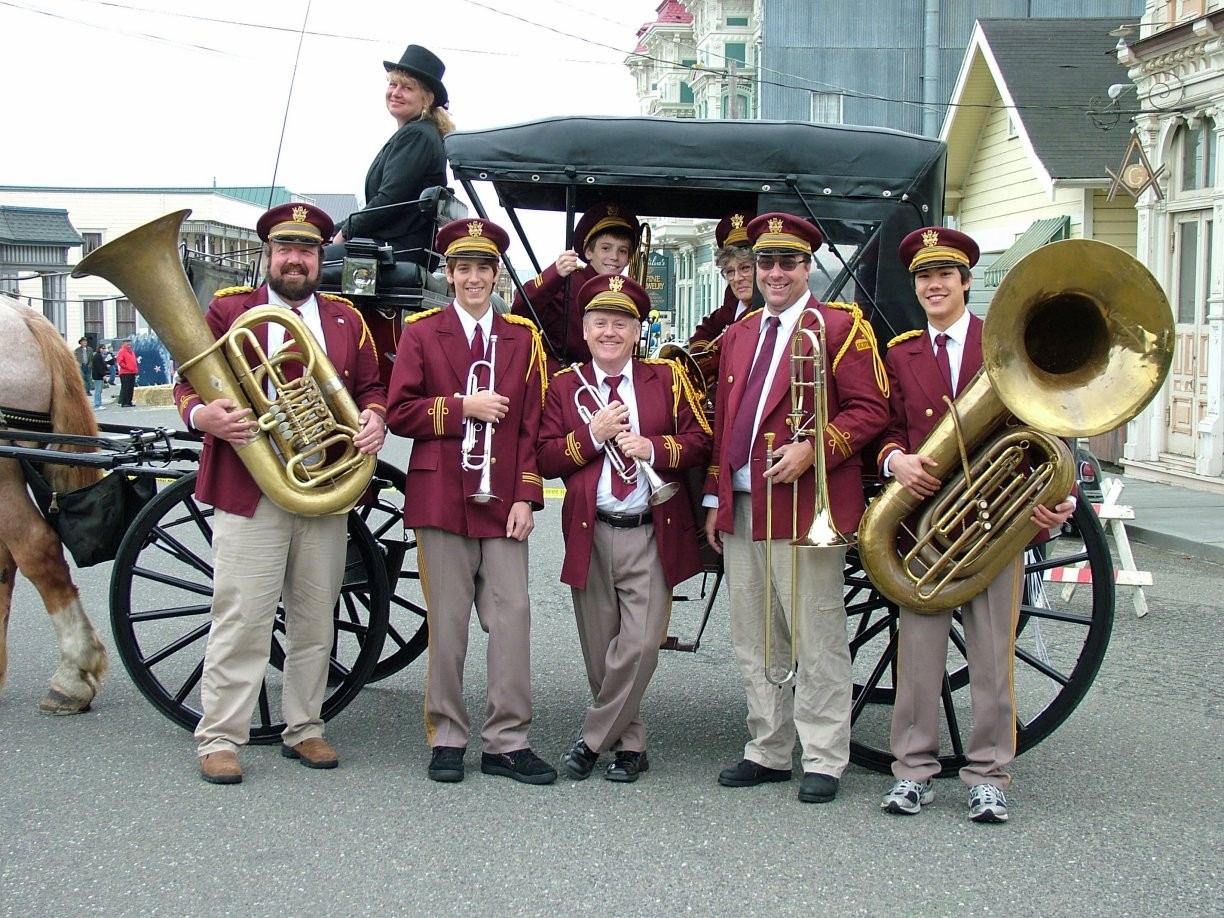 It's time once again to celebrate our Independence. Sunday is the Fourth of July, with the requisite flags, fireworks and patriotic songs, but this year the local celebrations get going early.

First up is Freedom First: A Salute to Our Country on Thursday at the Arkley Center for the Performing Arts (412 G St., Eureka). Local musicians and actors including Eureka Brass Band, Limited Edition, Charles Young, Lawrence Trump and Katie Kime join forces to honor the US Coast Guard and America in general, portraying great moments of America through songs and literature. The performance begins at 7 p.m., preceded by a reception at 6 with "American-inspired hors d'oeuvres and classic Fourth of July American fare." Admission $12, 442-1956 for reservations.

Then on Saturday afternoon, the Eureka Symphony and Fern Cottage present A Star Spangled Third from 2-4 p.m. at Fern Cottage (outside of Ferndale). The benefit combines an ice cream social with patriotic brass music by the symphony's brass section under the direction of Justin Sousa (a distant relative of John Phillip, perhaps?). Admission $25, $40 per couple, $50 for families up to six. Reservations 444-8559 or 786-4835.

The Town of Ferndale July 4th Celebration includes free fire engine rides from the Ferndale VFD starting at 10 a.m., a Patriotic Parade down Main Street with Grand Marshal Mike McClimon and The Scotia Band at noon, followed by a picnic at Town Hall. Ferndale Repertory Theatre hosts the Celebrate America Music Review at 3 p.m. honoring (among other things) the 75th year anniversary of The Scotia Band. Admission $12, $6 students. (800-838-3006 or www.ferndale-rep.org). Fireworks after dark at the Humboldt County Fairgrounds sponsored by Bear River Casino.

Arcata's Fourth of July Jubilee begins at 10 a.m. on the Arcata Plaza with Stacey Lyon Costa singing that song you read about in our cover story ("The Star Spangled Banner"). Arts and crafts and food booths also open at that time along with a Kids Zone where you'll find members of the Humboldt Crabs team autographing baseballs or whatever at 10:15. The Crabs play the Nevada Bighorns starting at 12:30 in the ballpark nearby. The day's entertainment includes the Tom Petty tribute, Full Moon Fever (at 10:15 a.m.), Gin-n-Guitar Stan (11:15), kids singer Lisa Monet (12:15), CADA African Dance and Rhythms (1 p.m.), The Confusion Hill Band (1:15), Brazilian music and dance by Samba na Chuva (2:15), zydeco etc. by The Bayou Swamis (2:30), Shoshanna and the Ya Habibi Dance Company (3:15), ’80s music by Eyes Anonymous (3:30), and, closing the show, the wild international sounds of Humboldt Bandemonium (4:15). No admission charge, however, there's a "security surcharge" for a wristband if you want beer. For more information call the Arcata Chamber of Commerce, at 822-3619 or go to www.arcatachamber.com. Sorry, no rockets red glare in Arcata this year.