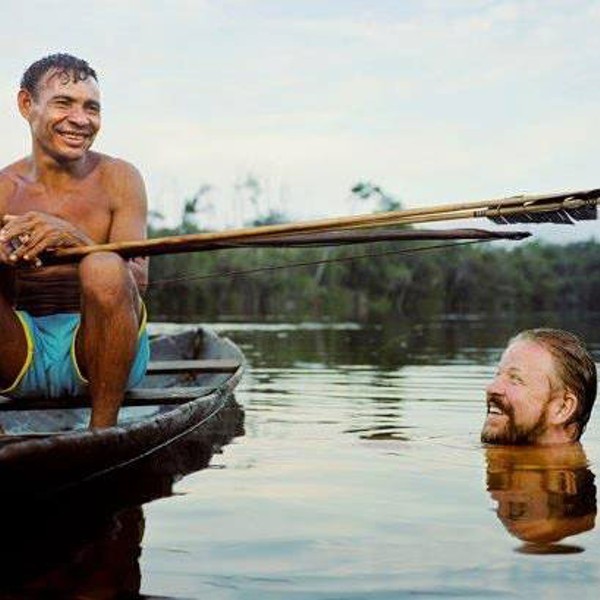 Is language innate to humans? Are we born "pre-wired" to spontaneously speak whichever language we hear in the first months of our lives? That is, are our brains equipped — at least metaphorically — with some sort of language organ, the hardware on which the software of our parents' and tribe's language runs? Noam Chomsky, who introduced the notion of pre-wiring in 1957, claims that a Martian linguist would consider all 6,000 of Earth's languages to be variations on a single "universal grammar." Deep down, says Chomsky, all languages work the same because we come into the world with a similar capacity for language built into our genes. (See "Noam Chomsky: Copernicus of Linguistics," July 30, 2009.)

Or is language a human invention? Is it like stone axes or huts? "The discovery that humans are better at building human houses than porpoises tells us nothing about whether the architecture of human houses is innate," wrote Dan Everett, who leads the charge against Chomsky's thesis.

Everett, a loyal Chomskyite until 2000, is an unlikely antagonist. He went as a missionary to live with the Pirahã, a tribe of 300 or so hunter-gatherers in the Brazilian rainforest on the Maici River. His original intention in 1977 was to convert them to Christianity but they had no interest in being "saved." Years of observing their joy-filled, live-for-the-day attitude converted him to atheism. Meanwhile, he struggled to learn their esoteric language (three vowels, eight consonants, present tense only, no number or color words and 65,000 possible verb forms). Today he is probably the only outsider fluent in Pirahã.

Everett claims that the Pirahã language lacks recursion, a trait that Chomsky maintained, in a paper he co-wrote for Science in 2002, is "the only uniquely human component of the faculty of language." Recursion is what we do when we embed one thought inside another using subordinate or relative clauses like Russian nesting dolls. "I saw the guy you said wore the same hat you bought from the shop we went to yesterday next to the market where ...". Recursion implies that there's no limit to the potential length of a sentence.

Because the tribe's worldview is limited, so is the syntax of their language, in Everett's view. Anything outside the members' immediate experience — i.e. that they haven't either seen for themselves or heard from an eyewitness — is simply not worth discussing, thus limiting their range of conversation topics, thereby eliminating the need for recursion; their sentences have finite length. To use Everett's example, you can't say "John's brother's house" in Pirahã. Instead, you say (sentence one) "John has a brother," and, (sentence two) "this brother has a house." If true, it threatens not only Chomsky's claim that every language has recursion, but the entire edifice of universal grammar.

Sound arcane? This is the stuff and substance of the high-octane language wars that have raged for decades. Chomsky is on record calling his erstwhile acolyte a charlatan — essentially accusing Everett of faking his data. (Read Everett's stranger-than-fiction book Don't Sleep, There Are Snakes to judge for yourself.) If you harbor a romantic view of science as a rational, fact-driven process in which human emotions are secondary to the nobler ideals of Truth and Integrity, check out the Chomsky versus Everett saga. Possibly as a result of Everett's Pirahã challenge, Chomsky modified his bedrock requirement for "recursion," diluting it somewhat and renaming it "merge."

The recursion/merge debate and Chomsky's hypothesis of universal grammar are muddier than ever. Or maybe it's fading from relevance as a new generation of linguists accepts that language acquisition is possible without genetic grammar capacity. In the words of Ted Gibson, professor of both cognitive sciences and linguistics at Massachusetts Institute of Technology: "It's crazy to say [universal grammar] is dead. It was never alive."