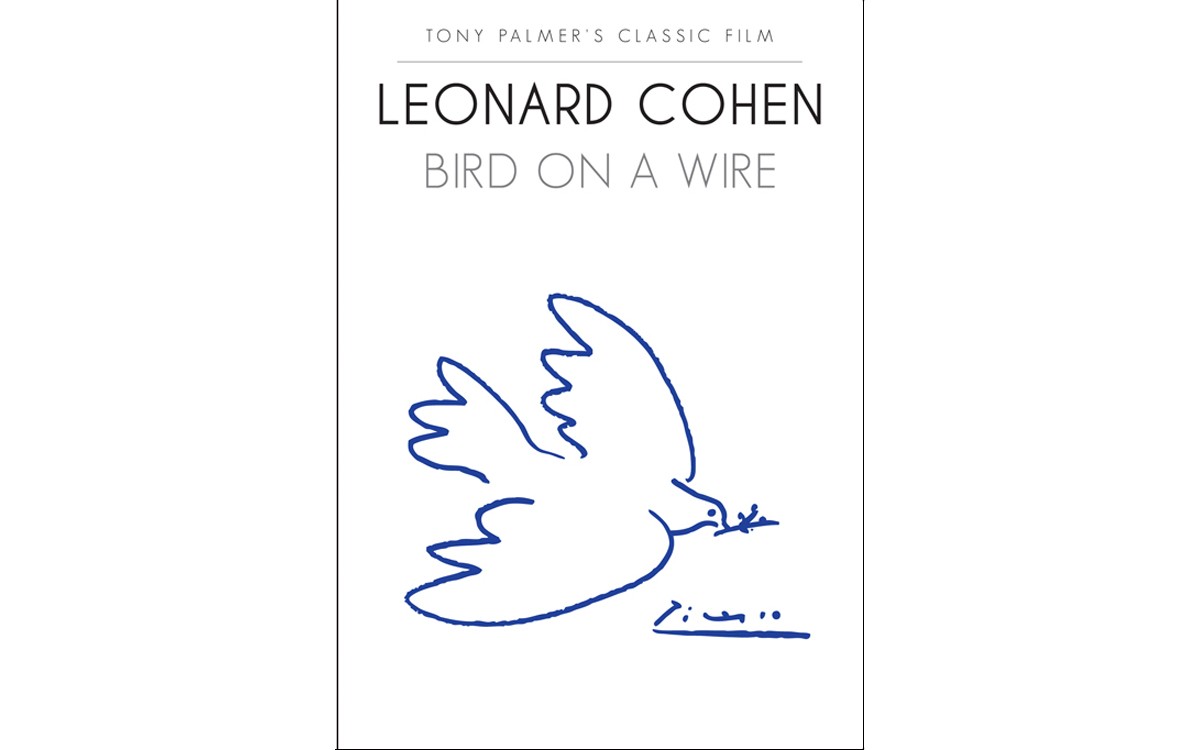 The bare intimacy that Leonard Cohen brings to his songs defines vulnerability. Yet to have that type of vulnerability in the music business has its dangers.

The recently unearthed and painstakingly reconstructed documentary, Leonard Cohen: Bird on a Wire, follows Cohen and his band on a 20-city European tour in the spring of 1972. Directed by prolific British filmmaker Tony Palmer, whose subjects range from Frank Zappa (200 Motels) to Maria Callas, Bird on a Wire was considered by Cohen as "too confrontational" and shelved. Nearly 40 years later, Cohen's former manager, Marty Machat, rediscovered the film buried in storage and sent 294 rusted cans of film to Palmer in 2009.

"I believed at first that nothing could be salvaged," said Palmer in a recent interview. "But when I finally opened one box and found most of the original sound dubbing tracks, I knew we had a hope of putting the jigsaw back together." Using the latest digital technology, Palmer methodically re-edited the film, which weaves together live performances, interviews, backstage conversations, travels on the road, "poetry videos," and old Cohen family Super 8 footage. "It's by no means perfect," said Palmer. "It's very close now to the original."

Bird on a Wire is a fascinating portrait of an artist whose struggles with his art and success nearly drive him to the point of a breakdown, culminating in an acid-fueled final show in Jerusalem. Cohen constantly attempts to escape from the spotlight, in hopes to serve the song. "I see no reason why all the energy should be concentrated on this broken-down nightingale," Cohen addresses a crowd.

Cohen doesn't seem to realize that he is the ultimate messenger of his songs, and Bird on a Wire captures riveting performances of "So Long Marianne," "Suzanne," "Sisters of Mercy," and "Chelsea Hotel #2," among others. His band is an excellent unit, including vocalist Jennifer Warnes and producer Bob Johnston (the tour's organist), supporting Cohen, on and off stage.

The anxiety that prevailed throughout 1972, from the Watergate scandal, the ongoing Vietnam War, to Belfast's Sunday Bloody Sunday massacre, becomes the film's undercurrent. This tension is probably most evident at Cohen's Tel Aviv show, when security guards violently handle the crowd after Cohen has invited them to sit closer to the stage.

Bird on a Wire is not only an insightful and honest look at Cohen's inner conflicts, ones that ironically feed his muse, but it is also an observance of a time of great turmoil. When a Dutch journalist asks Cohen to define success, he answers, "Success is survival." Now in his late 70s, Cohen exudes a cool and stoic persona while continuing to intimately deliver and serve his poignant songs, making his survival not only a success, but one of modest eloquence. We should all learn such lessons.