Let's Talk About It: The Safety Pin 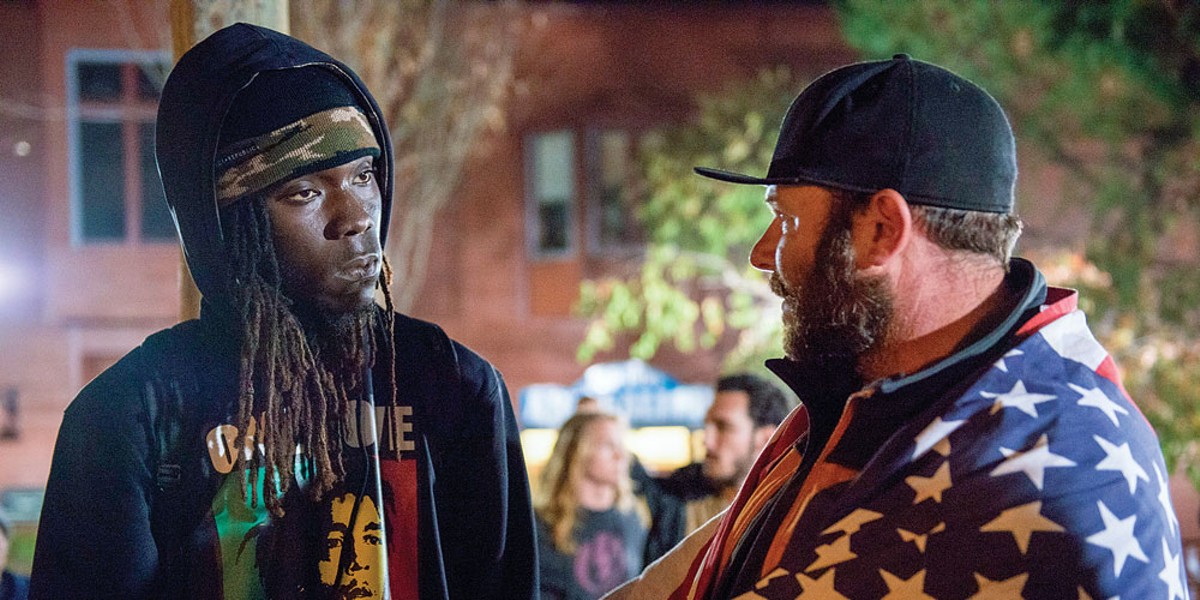 I am a woman, an immigrant, a Palestinian, an Arab, and I come from a Muslim culture. Thus, I'm scared. I teach at a public university, where about half our students are first generation students of color. They, too, are filled with anxiety; many express feeling unsafe in their community and at their university. I'm horrified by the reinvigoration of racism, misogyny and xenophobia that has recently escalated in quantity and severity. Since Trump's election, an LGBTQ man was attacked in California hours after Trump's victory; Muslims are being accosted throughout the U.S.; black students at the University of Pennsylvania were added to a "GroupMe" account to harass students en masse with racial slurs and threats; swastikas were painted on schools and in public spaces; the Ku Klux Klan has announced plans to hold a victory rally in North Carolina; and there have been hundreds of additional reports of racist attacks.

Public expressions of racist and undemocratic attitudes have taken a cue from the rhetoric and policies expressed by President-elect Trump and his allies. And this hate is not simply a residue of the rhetoric of a nasty campaign, now over and soon to be extinguished. For Trump has restated his goal of forcing Muslims to register in a national database, and he continues his anti-immigrant discourse whilst his proposed cabinet looks to undermine core civil rights: Newt Gingrich seeks to reestablish the House Un-American Activities Committee and Rudy Giuliani continues to legitimize his legacy of unrestrained (racist) state policies.

To add insult to injury, Democrats have not protected the vulnerable and soon-to-be-disenfranchised masses. Rather than stand by Americans who have been, and continue to be, attacked by Trump and his allies, leading Democrats rushed to placate, calling for bipartisanism and "reaching across the aisle." In her concession speech, Secretary Clinton offered to support Trump "on behalf of our country." President Obama called for support for Trump, stating that "ultimately we're all on the same team." For many of those who are scared for their lives, freedom and jobs, this feels like a betrayal. Where do immigrants, women and people of color stand in Trump's America? After Trump's hate-mongering campaign, and eight years of Republican obstruction of Obama's policies to the point where our government literally shut down, talk of compromise is a slap to our face. Filmmaker Michael Moore's response refuses the platitudes of reconciliation and captures the urgency of the moment: "Any Democratic member of Congress who didn't wake up this morning ready to fight, resist and obstruct in the way Republicans did against President Obama ... must step out of the way and let those of us who know the score lead the way in stopping ... the madness that's about to begin."

Where our highest leaders failed us, our friends and colleagues are leading the way. Hundreds of thousands of Americans have taken to the street to state that Trump doesn't stand for us. Professors, students, and administrations on campuses across the country are supporting vulnerable communities, insisting on making their institutions safe spaces. Here at Humboldt State University, a student group held a gathering at the quad to offer members of the campus community a supportive space for a traumatized collective. Donations have flooded civil rights organizations. American women have organized a massive post-inauguration march in D.C. Many have volunteered to escort vulnerable people to work and school. Inspired by the British after Brexit, the safety pin is being used as a symbol to protest Trump and to identify "safe allies" who will protect those who feel threatened because of their gender, sexuality, race, religion or disability.

We do this because many have struggled long and hard for decades to gain those rights. In mobilization of groups such as the Abolitionist movement, women's suffrage movement, the Civil Rights movement, labor unions and many more, hundreds of thousands have sacrificed to gain and protect freedoms, civil rights, economic equity, reproductive rights, gender equality, freedom of choice and more. All these rights and securities are in danger.

I am committed to speaking out, to challenging Trump's rhetoric and unconstitutional policies, to curbing his supporters' violence and to protecting those who need protection. I invite you to speak out with me to protect our friends, our neighbors, our community, and to realize the potential of democracy!

Leena Dallesheh is an assistant professor of history at Humboldt State University.