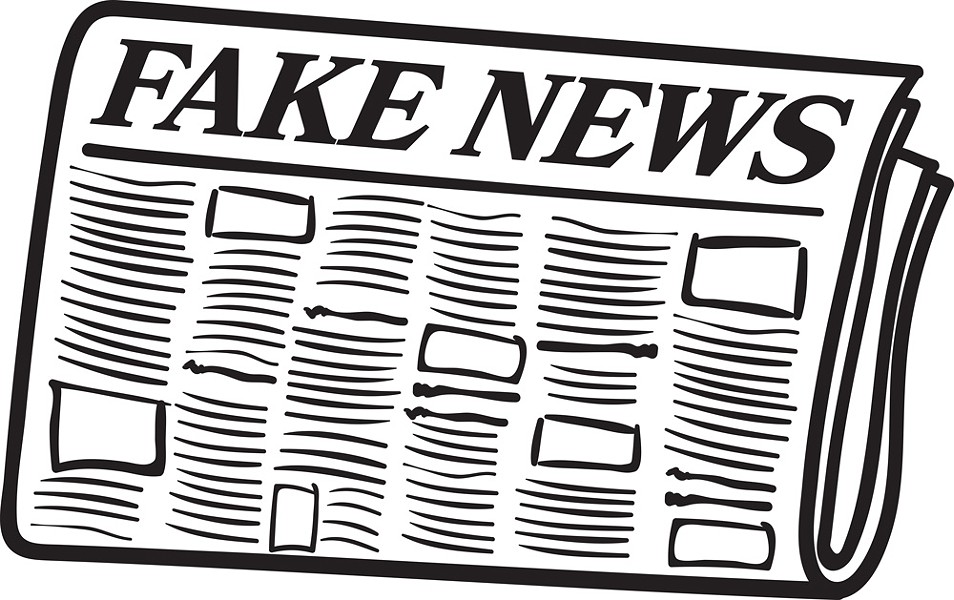 Now, I qualify that claim since we haven't had a chance to have a good, old fashioned on-the-record interview with Bohn because, as a matter of personal policy, he doesn't talk to the Journal. So Bohn has declined our requests to talk to him about he and his fellow supervisors' decision back in February to hire David Marcus, a Florida insurance adjuster, to be the county's public defender. He even declined to respond to our two-question email, in which we lobbed him and his cohorts a couple of softballs asking why they felt Marcus was the right person for the job and what they would tell constituents who have expressed concerns.

So it was with great interest that I tuned into KINS Radio's Talk Shop last week after hearing that host Brian Papstein questioned Bohn about Marcus' hire and the backlash it has caused. Listening to the interview — a transcript of which is now on the Journal's website — some things leapt out.

"I had lunch with Mr. Marcus the other day," Bohn tells Papstein, "and he said, you know, he said things aren't that — he says the paper makes it sound a lot worse than it is. Things are going good."

Bohn concedes there has been some "kicking and screaming," but quickly pivots to say he's personally talked to "four or five" attorneys who say he "seems to be doing a good job," "seems like a nice guy" and "is qualified" because he's "worked cases."

Fair enough, right? But the thing is, 17 employees from Marcus' department — most if not all of them at-will employees who can be fired for just about any reason — have now taken the unprecedented step of sending letters to the board of supervisors saying Marcus is unqualified and incompetent.

So about those qualifications. Here are the basics we've gleaned from spending a portion of the last eight weeks looking into the issue: At the time of his hiring, Marcus hadn't practiced criminal law since 2011; he'd spent the previous three years living in Florida and working primarily as an insurance claims adjuster, while moonlighting about 10 hours a week as an apparently unpaid contract attorney for a Walnut Creek law firm; that firm, by the way, has no website, no web presence and won't answer simple questions about areas of practice or even confirm that Marcus worked there.

Let's stop here for a moment because maybe you're thinking being a criminal defense attorney is like riding a bike and, well, what's five years away from the courtroom? Consider this: During Marcus' hiatus from criminal law, California passed a landmark prison realignment bill and Proposition 47, which have combined to reduce swaths of felonies to misdemeanors, reduced penalties and impacted who's eligible for diversion programs like drug court.

Back to those qualifications. Marcus' last stint in criminal law? Apparently it was controversial, filled with allegations that as Lassen County's chief public defender he failed to show up to work more than 40 percent of the time or carry his fair share of the office caseload, and that he was too cozy with prosecutors and a less-than-stalwart advocate for the county's indigent.

So why the controversy? Well, according to Bohn, it's our fault.

"If I reacted every time one of these weekly newspapers sends out — or advertising magazines — sends something out, hell, I would have quit five years ago," Bohn tells Papstein when asked if he's comfortable with Marcus' hire. "I mean, it's just they have to sell their papers so they can't just say, 'Hey, this guy's great.' So they say, 'This guy's not great because we said so,' and I take that in stride."

Well, first, somebody should remind Bohn that we don't have to sell papers — we give them away — but let's not get off topic.

Bohn can take a page out of the Trump playbook all he wants and tell friendly radio hosts about "fake news" and whatever other blathering incoherence rules the day. What he can't do is escape the fact that he now has 17 employees telling him the man he just hired for what is arguably one of the county's most important positions hasn't a clue what he's doing. And he can't escape that the county is now facing a lawsuit from one of Humboldt's most lauded attorneys challenging whether Marcus meets the minimum state requirements to be a public defender. To be eligible, according to those requirements, one must have spent the prior year as a "practicing attorney in all of the courts of the state."

Does Marcus meet that definition? It's unclear, in part because there is no case law we've found determining whether simply being licensed to practice law and working remotely from another state fits the definition. Maybe that's because no other California county has seen fit to hire an out-of-state insurance adjuster to be its public defender.

So I would argue that Bohn has some explaining to do and that he should do it to us. The fact that he and a certain fifth district supervisor — who hasn't returned a single Journal phone call since I arrived here in January of 2014 — seem to think it's OK to stonewall one of this county's papers of record is unfortunate. It only hurts their employees, the people they serve and their interests when they fail to articulate their stances on issues to this newspaper, which, I might add, is the only one in Humboldt that folks who can't afford a subscription or Internet service — you know, those most likely to be represented by a public defender — can regularly read. After all, if Bohn had responded to our email about Marcus with a resounding, "He's great!," we would have printed it.

As for us, the silence coming from the seats of two supervisorial districts is disappointing but we've kept on, pulling in seven more California Newspaper Publishers Association awards and a California Society of Professional Journalists freedom of information award for 2016. We may not be doing as well as the failing New York Times, but last year was our most profitable on record.

But all that is beside the point of the day, which is that there are some very legitimate concerns being raised about the county's new public defender and, contrary to Bohn's assertions, this isn't fake news. At a minimum, the issues swirling around Marcus are beginning to erode already fragile public trust in the office.

With all that in mind, I've got an idea of how Bohn and his fellow Supes, if they insist on standing by Marcus, can help restore some of that trust: They can take a pledge that if they or any of their loved ones are accused of a crime, they'll ask Marcus to defend them.

I think that would be great.