Lions and Tigers and Beers, Oh My! 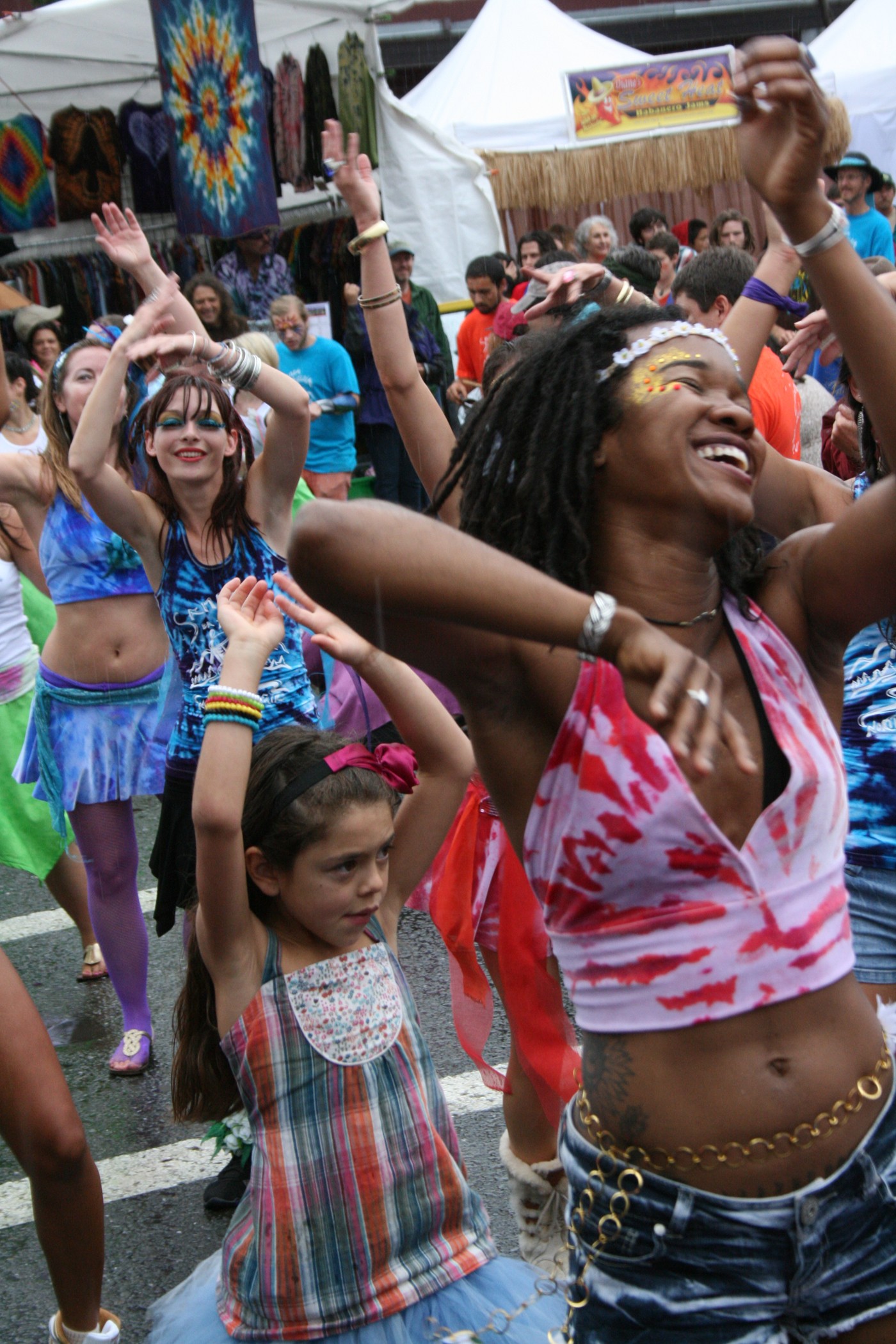 Move over, Arcata Farmers Market: The North Country Fair invades the plaza Saturday and Sunday to celebrate the bountiful harvest of the fall equinox. The fair, founded in 1974, will line the perimeter of the plaza with more than 200 food, craft and info booths, offer two stages of music and showcase dancing from all over the world. Oh, yeah, there will be beer too.

At 1 p.m. Saturday, the pulsing samba parade might just throw our big blue ball off kilter, just as it's about to reach that perfect balance between day and night.

You know those silly question games, where someone asks, "If you could be any animal, which animal would you be?" Well, Sunday's your big day: At 1 p.m. on the plaza, you can let out your inner animal at the fair's All Species Parade. It's what it sounds like: a celebration of the species we share our planet with.

North Country Fair (yes, its name is inspired by the Bob Dylan song) organizers, the Northcoast Environmental Center and Synapsis, a Eureka art collective, are hosting animal costume making workshops all week to help you prepare. Don't fret if you miss them, though. There will be a booth at the fair where you can quickly put something together.

What should you be? Well, says NEC programs manager Dan Ehresman, in the 30-year history of the parade, he's seen just about every animal, except one: the pangolin, a kind of thorny armadillo that's definitely worth a Google images search. Someone should get on that.