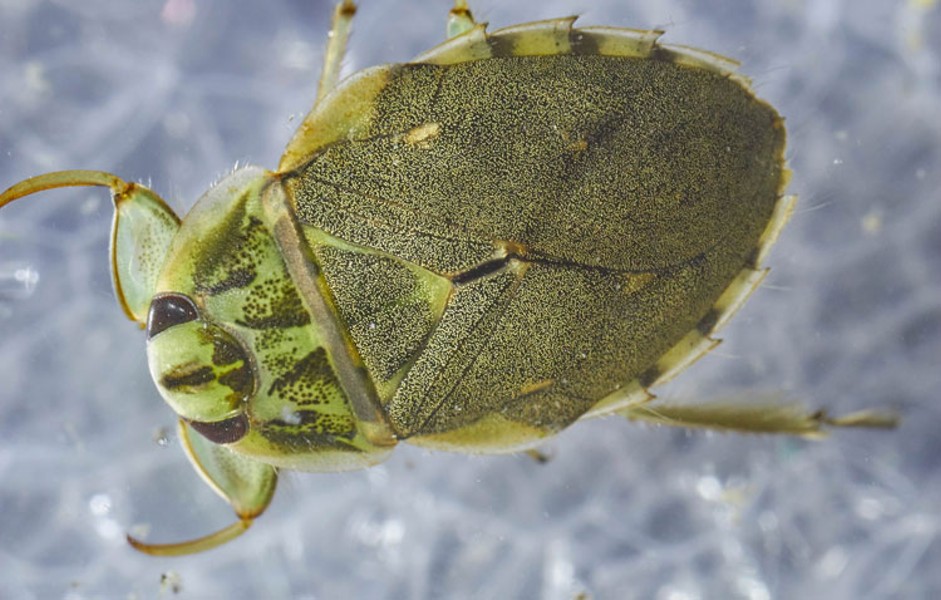 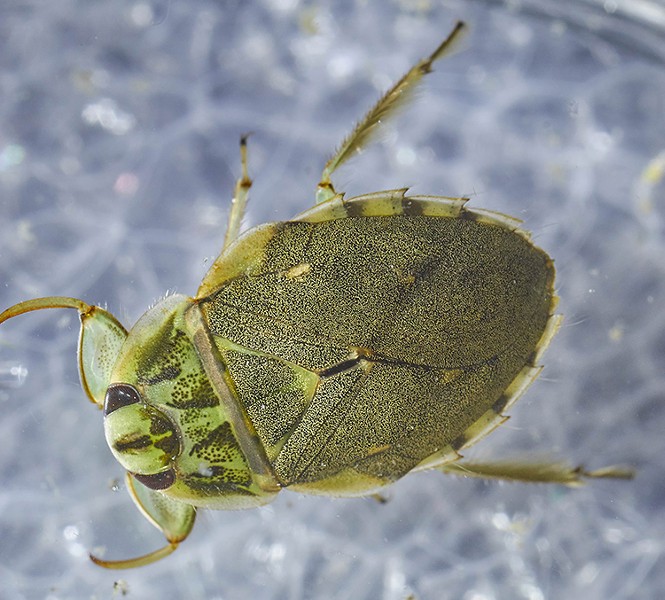 photo by Anthony Westkamper A teensy gnat dwarfed by the ridges of my fingerprints.

It is a very human thing to look for the largest of anything. Here in Humboldt County, we have the world's tallest trees and largest stonefly. We have giant water bugs and giant silkworm moths, and so it is easy to overlook small things. But I find them fascinating.

Yesterday I saw a column of tiny motes dancing in a shaft of sunlight. Curious, I grabbed one. Those columns of tiny flying insects dancing in the sun are generally gnats. This is their equivalent of a "Meat Market," guys looking to hook up with gals. I find it wondrous that for millions of years life in such a small package has been successfully living out their destinies. As larvae, they seek and find food, eat, molt several times as they grow and eventually emerge as adults, seek mates, breed and lay eggs. This is all encoded into a living being a millimeter long and weighing less than a milligram.

The term "gnat" is an ambiguous thing. Almost all are members of the order of two-winged flies. Various authorities include or exclude different sub orders, so the term has little real technical standing.

One 1/100 second exposure clearly shows five complete wingbeats. This demonstrates the organism was using "asynchronous muscle actuation," through which a single nerve impulse can activate a muscle multiple times. It's what allows flies to beat their wings faster than about 60 beats per second, the speed limit for pretty much all animals' nerves firing.

As the fall days contract and weather cools, the insect world, too, shrinks. I see a few largish dragonflies, mostly shadow darners (Aeshna umbrosa) and they're showing wear. I suspect they are what I call a "relict population." Unlike aging humans, they can contribute nothing further to the survival of their species, so they just keep living until, for one reason or another, they don't.

On the other hand, the California spreadwing (Archilestes californica) damselflies are busily ovipositing (egg laying). The female gouges out a place for her eggs in a twig overhanging water. The males clasp the females behind the head, preventing any other male from mating with her, thus assuring his genetic line is the one being preserved. When the eggs hatch, they will drop into the water directly below.

In that water below, I noticed dozens of greenish-gray critters about the size of a pumpkin seed quickly scurrying from the shelter of one pebble to another. I caught one in a plastic spice jar just to see what it was. They were "creeping water bugs," predators of the order Hemiptera, sub-order Heteroptera or true bugs. They are characterized by having piercing sucking mouth parts and leathery half forewings. The members of this family (Naucoridae), have a particularly painful bite. Last year in August, while wading in the river, an immature one smaller than a paper match head got caught under the strap of my sandal and bit me. It felt like I'd been stuck hard with a pin immediately and the itching was really bad for a day or two. The mark it left lasted for a couple of weeks.

The painful bite is merely a beneficial (from the insect's perspective) side effect of its feeding process. Using its sharp beak, it injects a cocktail of powerful digestive juices that immediately liquefy its prey's innards, allowing the insect to dine on its favorite food: bug juice slurpee. Anything that can quickly digest protein is going to hurt since that's what comprises most of our tissues. I know it motivated me to get that little fellow out of my sandal pretty quickly.