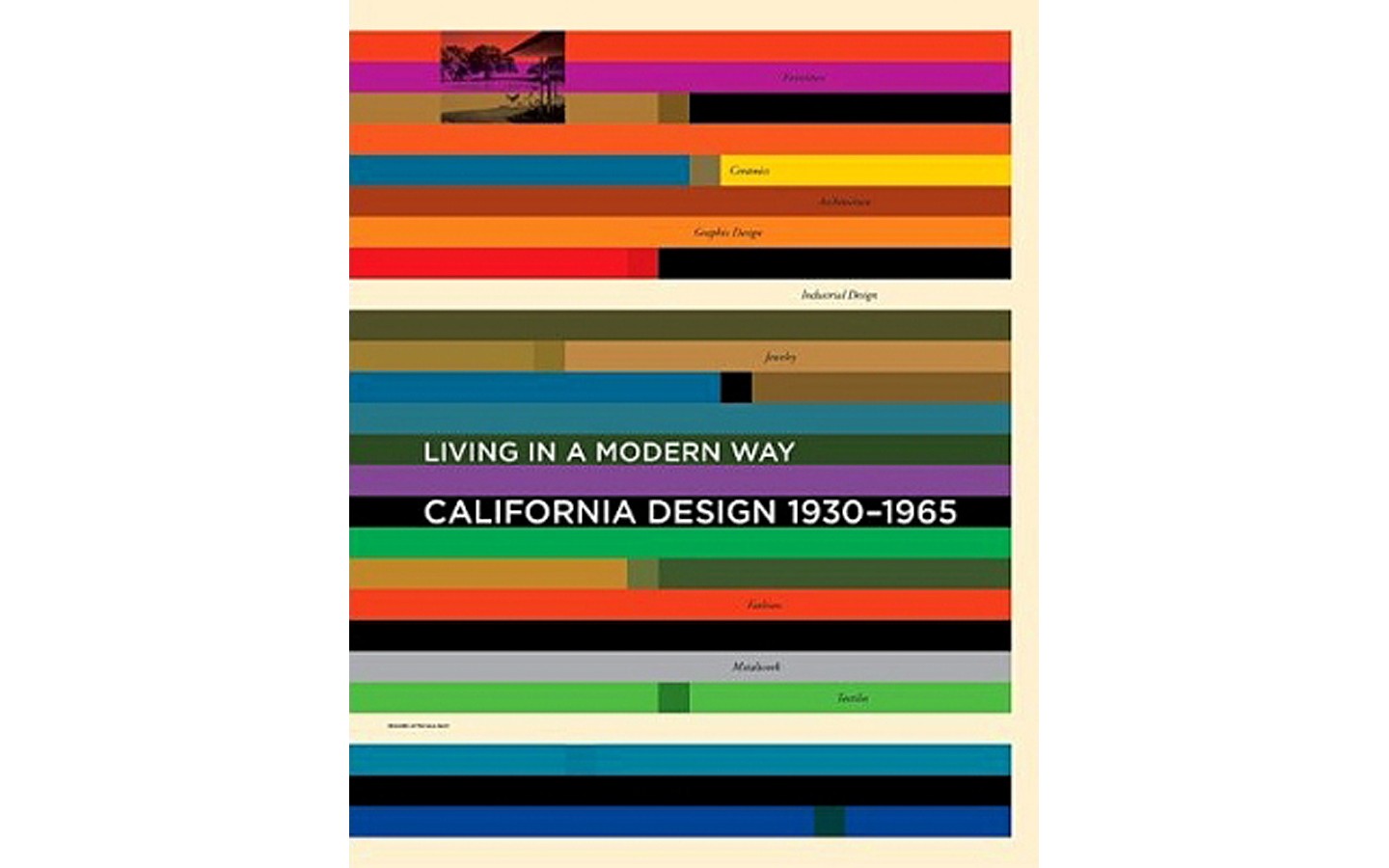 California's population is getting older, and more people are leaving than arriving. That's the opposite of phenomena that defined California in the 20th century, when good jobs, sunshine and possible stardom attracted millions of California dreamers.

There are two photos in this book that tell the growth story: One shows a huge expanse of Los Angeles as empty land in 1922, and the second a dense city just eight years later. Even greater growth was fostered by military industries during and after World War II. California was the new land of opportunity, without the settled constraints of the Eastern seaboard. All manner of expression flourished, including in the areas documented in this volume: everything from fashion and furniture to ceramics, textiles and the graphic design of advertising and paperback book covers. Of course, this mostly means urban California to our south, but through mass production these California styles quickly became national.

It was California Modern in two senses: modernist design that began in Europe but needed California openness to prosper, and "modern" as up-to-date in a country in love with progress. The imagery was California casual (but not rural), sophisticated (but not stuffy). At its best it brought the colors of sunlit nature to the industrial lines of modernism. It absorbed Native American, Latin, Asian and African styles --while not often including people of those cultures. It was California as freeway consumer paradise, though anxieties of the age were also accommodated in happy fallout shelters and a design for Atomville, featuring an underground swimming pool.

Though some architecture is included in this volume, it focuses on homes rather than public buildings. The survey ends in 1965, just before two new and in some ways more pervasive influences burst across America and the world from California: shopping mall architecture (though L.A.-based pioneer mall designer Victor Gruen gets a few paragraphs) and the impact of California rock music cultures, from The Beach Boys to psychedelic San Francisco.

With the bounty of excellent illustrations and well-written scholarly essays, this is one of those hefty efforts of lasting significance that emanate from major museum exhibitions, in this case from the Los Angeles County Museum of Art. For me it's an intriguing companion to The Machine Age in America from the Brooklyn Museum in the 1980s. Meanwhile, this exhibition is at LACMA through June 3.

Another aspect of the era is in the new book Rebels in Paradise by Hunter Drohojowska-Philp (Henry Holt). This look at the exploding Los Angeles art scene of the '60s also reflects the optimistic energy, merchandizing and show business symbiosis of the youthful California emerging.