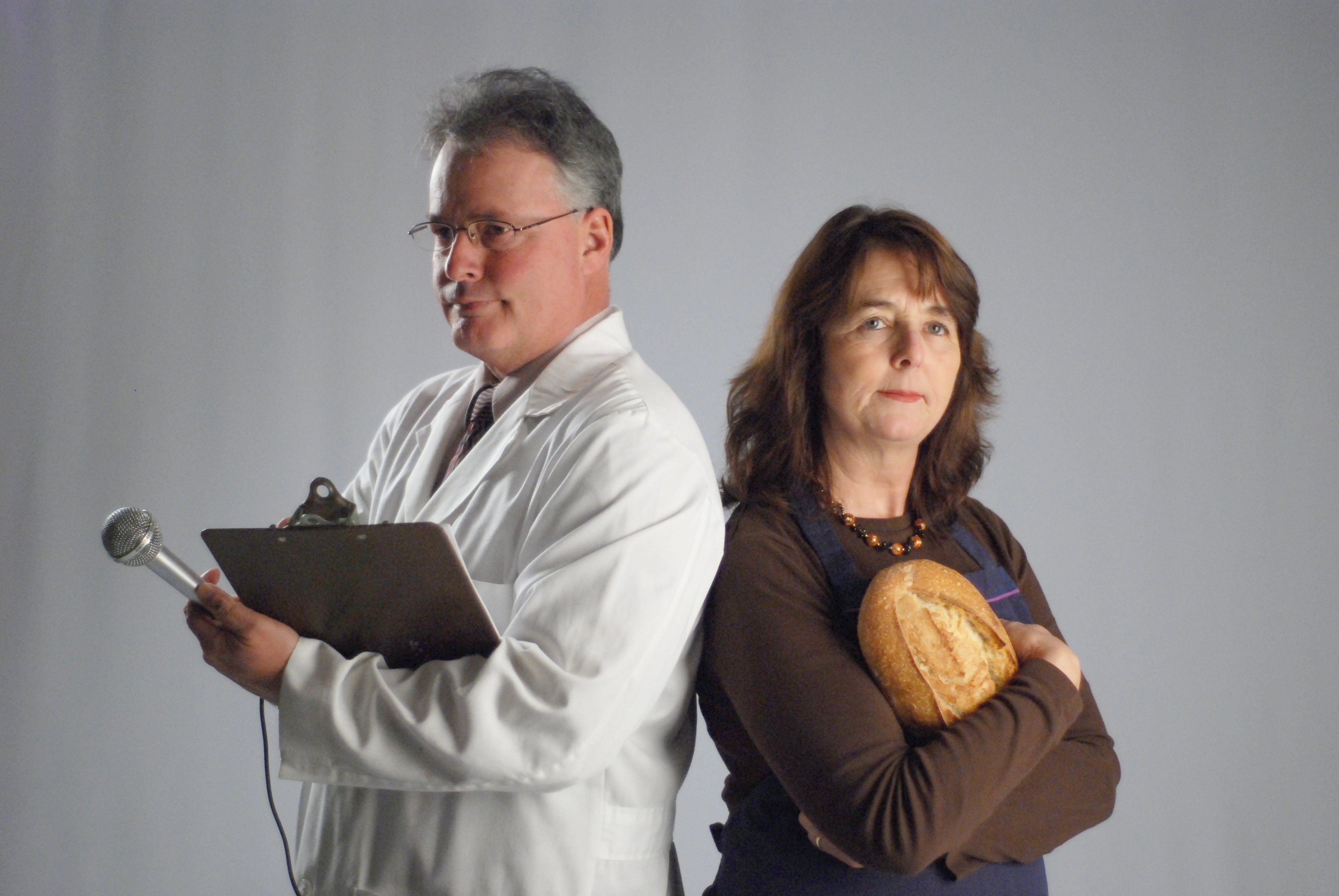 In The Language Archive by Julia Cho, now on stage at Redwood Curtain in Eureka, George (played by Craig Benson) is a linguist studying dying languages, while the language of his marriage dies unnoticed. He does catch on that his wife Mary (Terry Desch) is crying constantly: ("She cries making the salad. She cries in her sleep.") She also leaves him inscrutable notes: ("Husband or throw pillow? Wife or hot-water bottle? Love or explaining how to use the remote control?") and then denies she wrote them.

In the elusive safety of his language lab, George hosts the last two speakers of Elloway (Lynne and Bob Wells) who spend the entire session arguing in English, because English is the language of anger, while Elloway is the flowing, singing language of love. Meanwhile his competent and otherwise sweetly clueless assistant Emma (Christina Jioras) is learning Esperanto (an international language assembled from other languages by L.L Zamenhoff in the late 19th century, to promote world peace) because George loves it, and she (secretly) loves George.

There's wisdom from her Esperanto teacher (Pamela Lyall) and an apparent guest appearance by Zamenhoff himself (Jerry Nusbaum) as the story takes antic and yet believably odd turns, and people change, relationships shift, and life blossoms.

From the first scene, when George interrupts his conversation with Mary to tell the audience what he's thinking, it's clear that this is not a naturalistic presentation but a story that the characters are presenting about themselves. It works because thanks to the actors, these characters are fully believable. Casting is an imperfect art at best, and the availability of actors is a particular problem on the North Coast. But the stars aligned this time: This has to be the perfect cast for this production. Every one of them creates a memorable character, appropriately funny, poignant and even inspiring, in a play that supports them. The best I can do is repeat their names: Craig Benson, Terry Desch, Christina Jioras, Lynne Wells, Bob E. Wells, Jerry Nusbaum and Pamela Lyall.

American playwright Julia Cho is also an actor and writer for film and television. Oregon Shakespeare Festival produced this play last year, but this is the first time I've seen it or any of her stage plays (she's written four more). It's 2 1/2 hours with intermission, but it needs that generosity to create its worthwhile world. Sometimes when a play has a governing concept (like the very real disappearances of languages) it feels artificial or half-baked. But in this play, it is fully baked. Cho has thought through many of the human dimensions of language and celebrates them. In Esperanto, the word "esperanto" means "one who hopes."

Director James Floss balances the lyricism with the reality, the comedy with the emotion. Daniel C. Nyiri designed the elegantly modular set, Michael Burkhart the lighting, Lydia Foreman the costumes, Jon Turney the sound. The Language Archive plays weekends at Redwood Curtain through March 10. One bit of advice for when you go: make sure to have plenty of fresh bread at home for after the show. Tickets: 443-7688, www.redwoodcurtain.com.

Ferndale Rep's outstanding production of John Osborne's Look Back in Anger plays one more weekend. Shortly after it closes, Noel Coward's comedy Blithe Spirit opens in the Van Duzer Theatre at HSU for one weekend beginning Wednesday, Feb. 29. There could hardly be a greater contrast than Osborne's working class drama and the witty upper-crust comedies of Noel Coward. So it wasn't surprising that their authors sniped at each other at first, but eventually Osborne wrote Coward an admiring letter, Coward invited him to lunch, and they became friends for the remainder of Coward's life.

Osborne recognized Coward's virtues as a playwright, as did Osborne's press champion, Kenneth Tynan, who suggested that Coward's play, Hay Fever, be the first by a living playwright produced at the then-new National Theatre. "Coward took the fat off English comic dialogue," Tynan wrote in the program notes.

An equally unlikely admirer was American playwright Edward Albee, who in his introduction to a collection of three Coward plays wrote that they exhibit "the three qualities possessed by all plays that matter -- literary excellence (by which I mean rhythm and sound), dramatic sure-footedness and pertinence."

One of those plays was Blithe Spirit, which set box office records in the 1940s and is generally considered among Coward's best. The story involves an English country house seance gone wrong, and the provocative circumstance of a man's first wife returning as a ghost to haunt him and his second wife, who considers it astral bigamy. "We can't be inhospitable," the husband objects. But what is this beautiful ghost really up to, besides wrecking the furniture?