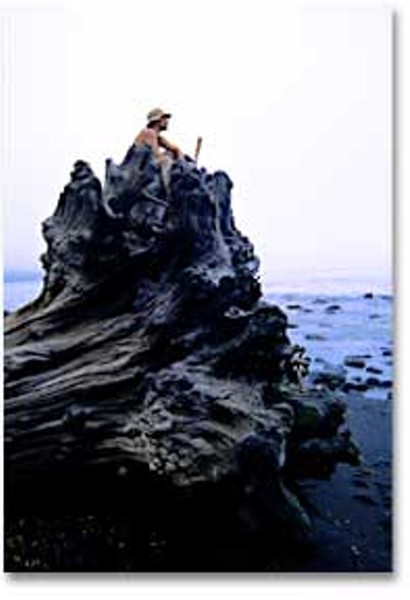 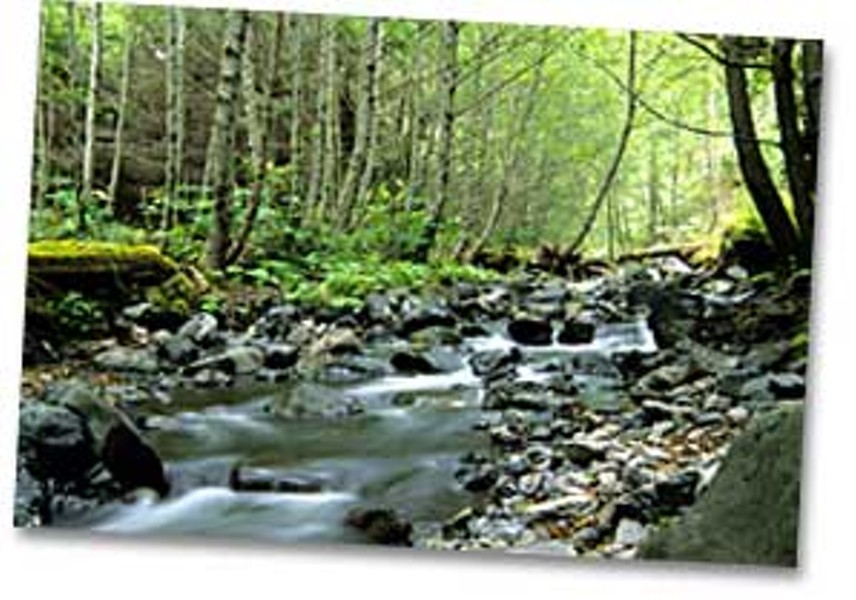 Some six years ago, during spring break at HSU, I hiked the Lost Coast for the first time. On that trip we hadn't seen another hiker for two days and nearly 18 miles. It was a bit of a shock when arriving at Big Flat to have our first encounter be with a Cessna and its pilot. There are a few private cottages there, well back from the shore, and the easiest way in is by plane. A brutal dirt road apparently cuts through the King Range to this point for those with a BLM gate key and a 4-wheel drive (one of just two spots on this 25-mile stretch, making it a competitor for the longest roadless stretch in California) but we saw no cars - and if you don't own a boat, then hiking the rugged coastline 8 miles north from Shelter Cove is the only way in to them.

As we angled back west to the coastline we began hearing voices, lots of them. It was nearing dusk, so we chose to stake out a patch of coveted real estate for our tent among a number of surfers - a whole platoon of them. After eating and promptly passing out, we were awakened around midnight by large explosions. Remember that incredible scene in Apocalypse Nowwith the soldiers (some surfing while being fired upon) deployed at that great break somewhere very close to the enemy in Vietnam? Well, I awoke as another brooding Martin Sheen, running commentary in my head about the intensity and surreal nature of the spot.

I unzipped the tent to see roman candles being shot skyward and a young guy I thought I recognized from school stagger and face plant into the sand a few paces from our tent. Later I learned from a friend that surfs that when the swell is right this "secret" spot is the place to be if you are a determined and adventurous surfer. It still amazes me that this crew hiked a keg in eight miles over sand, up and down crumbling hillsides and through raging creeks swollen by spring rains, along with surfboards and all their gear.

Because of the human impacts at Big Flat, on my trip down the Lost Coast this past summer (with a band of unsuspecting incoming freshman from HSU's newly launched Humboldt Outdoor Wilderness Leadership program, or HOWL) we were visited by a sizeable and very confident bear. While we sensibly cooked 100-plus feet away from where we were sleeping, the bear grabbed a freshman's tent and managed to drag it off some 50 feet before we could convince her it wasn't worth it. It provided a great lesson on the import of thorough pot-washing.

Once leaving Big Flat we promptly felt "lost" again. Free to admire birds representing some of the 300 species said to inhabit or visit the King Range, especially fond of the drainages and their mouths at the Pacific. Not much of a birder, I did manage to spot and correctly ID a flock of majestic egrets posing on a hillside. Fog drifted among the birds and Douglas fir and imparted a sense of simplicity and timelessness - the scene could just as easily have been painted in by the steady hand of some nameless Buddhist monk.

If you have the luxury of setting up camp early, and have enough energy for pack-less exploration, then a sojourn up one of the creeks can be incredible. Not only do you escape the incessant roar of the surf, but the entire eco-ystem, including the heavy humidity and precipitation along the coast, is almost instantly replaced. The subdued and often washed-out tones of endless choppy surf, and the grays of sand and stone and cloud, which can be meditative and comforting in their uniformity, are dynamically subverted into vibrant greens and bursts of myriad colors from blooming flowers like buttercups, wild rose, foxglove, lupine (somewhat dependent on season, of course). The Lost Coast is a good place to bring those handy laminated fold-up guides for flowers and birds to improve your wilderness vocabulary. (Pocket Naturalist makes pretty sweet ones.)

These drainages are not only corridors of organic fecundity, but also geologic wonders. The hydrologic cuts share the secrets of epochs in layers - thrust, and often folded over stone, displaying the evidence of our Earth's vigorous crust: plate tectonics, continental shift, the receding of oceans and inland seas, the pulling down of mountains. We get the benefit of living millions of years in seconds when we learn how to translate these lithic stories.

The last couple of miles before Black Sands Beach, so named because of the dark greywacke (sedimentary, not igneous as is commonly thought), and the terminus of the 25 mile journey are all on calf-burning sand. If the fog has rolled in - or, better, if you can see civilization at the end of the beach - you will swear two miles stretches to 10. It provides a great place to slowly transition the mind back into the rude re-awakening of the "real" world that lurks at the parking lot.

During this stretch I never fail to find some animal or sign that grabs my attention and forces me to engage the philosopher hiding inside. A worn-out seal with huge black doleful eyes staring up with all the curiosity of the world held within the gaze. Last time it was a withering octopus with arms stretched in every direction. The time before it was a flock of grounded curlews keeping pace with me at water's edge for several hundred yards. Once it was booted human footprints stitched together with huge bear paw-prints. As each trip comes to its end, I try to tease out the meaning of these experiences.

The Lost Coast never fails to offer some secret cipher of a shared and challenged connection between man and the natural world - something to ponder and take with me back to the other side of my reality. The Lost Coast also never fails to water the seed of wonder and to make me look forward to finding myself "lost" yet again.