A Novel by David Rakoff, Doubleday 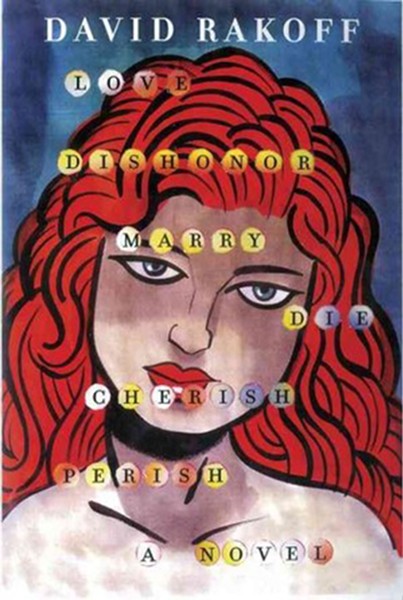 David Rakoff wrote the sort of books that you can never shake off; his essays grab hold of the emotional center of your brain, burrow themselves deeply into your gray matter and take root. He boils down the most complex emotional experiences into poignant and precise prose (and sometimes verse!). But at the center of most of Rakoff's writing, there is always a coy smile, a wink that can make even devastating moments absolutely hilarious. Few writers can fit so many contrasting emotions into one line of text like Rakoff. In the summer of 2012, after battling Hodgkin's lymphoma, he died. A year later, Rakoff's first and last work of fiction, Love, Dishonor, Marry, Die, Cherish, Perish, was posthumously published.

It's a difficult novella to describe, as there's no true rise and fall. And there's certainly no sense of resolution. The stories begin at the dawn of the 20th century and follow the intertwined lives of 12 people over the span of 100 years. Some characters are the siblings or children of other characters; some are more loosely connected, merely passing through the lives of others. Their stories are told via glimpses into moments that exemplify each character's personal strife and triumph. The reader sees a struggle for pride during the Great Depression, and another man's small victory as he finally finds a place for himself in San Francisco's Castro district in the 1960s, only to watch all of his friends die of AIDS during the 1980s. Rakoff does not pull punches when it comes to pain, and there are moments when you think, "Should I just be reading Steinbeck?" But, unlike Steinbeck, Rakoff drenches these vignettes in a comforting charm, providing the reader with just the right amount of relief.

Rather than tell these (mostly) heartbreaking tales in straightforward prose, Rakoff creates an odd juxtaposition of form and feeling by writing entirely in rhyming couplets. This could be distracting and off-putting, but Rakoff strikes the perfect balance. The rhyming offers a bit of relief from the heavy and daunting themes (see title). It's tempting to think Rakoff is simply challenging himself by writing in couplets, but it's more likely that he wants to express emotions in a form that captures the commonality of human suffering while also making you giggle.

Rakoff's wit and flair left behind a void that no one is likely to fill. His final book is a testament to his talent, which will be missed.