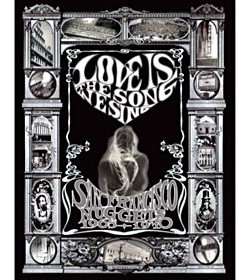 The Summer of Love still casts its patchouli-scented shadow on the Bay Area forty years later, a legend blessed and cursed by old hippies and academics who weren’t even alive at the time. One thing you can’t refute is the Bay Area’s revolutionary impact on the music business. It gave birth to psychedelia, jam bands, Latin rock, light shows, electrified protest music, rock posters and freeform FM radio. Yet despite the talk of a “San Francisco sound,” the music of the ’60s was too diverse for that. Garage noise, blues, folk, jazz, country, pop, rock and more went into the pot, and with the pot, to create a smorgasbord of anticommercial sounds.

On this four-CD set, you get all the expected hits, from Jefferson Airplane’s “It’s No Secret” to the Count Five’s “Psychotic Reaction” to Santana’s “Evil Ways.” You also get the minor hits and obscure gems from dozens of bands long forgotten. “Stranger in a Strange Land” by Blackburn & Snow was a big club hit but never made it as a single, despite Sherry Snow’s stunning looks and the duo’s amazing harmonies. Concord’s Immediate Family set verses by Omar Khayyam — a loaf of bread, a glass of wine, a book of verse and thou — to a vaguely Eastern scale played on a mysteriously trebly keyboard. “Hearts to Cry” is an expansive, innovative, psychedelic pop gem by Frumious Bandersnatch, a great East Bay band that never quite made it. The Ace of Cups, one of the first all-girl bands in rock, delivers “Glue,” an indictment of the commercial mentality that unfortunately still sounds timely. The Loading Zone, with Linda Tillery on lead vocals, turns in a soulful, psychedelic version of “The Bells,” a tune made popular in the ’50s by Billy Ward and his Dominoes.

You can buy this for the hits, but you’ll enjoy the thrill of discovery as you explore the obscure and unsung bands that produced much of the era’s legendary aura.