The alt. hip hop of Why? 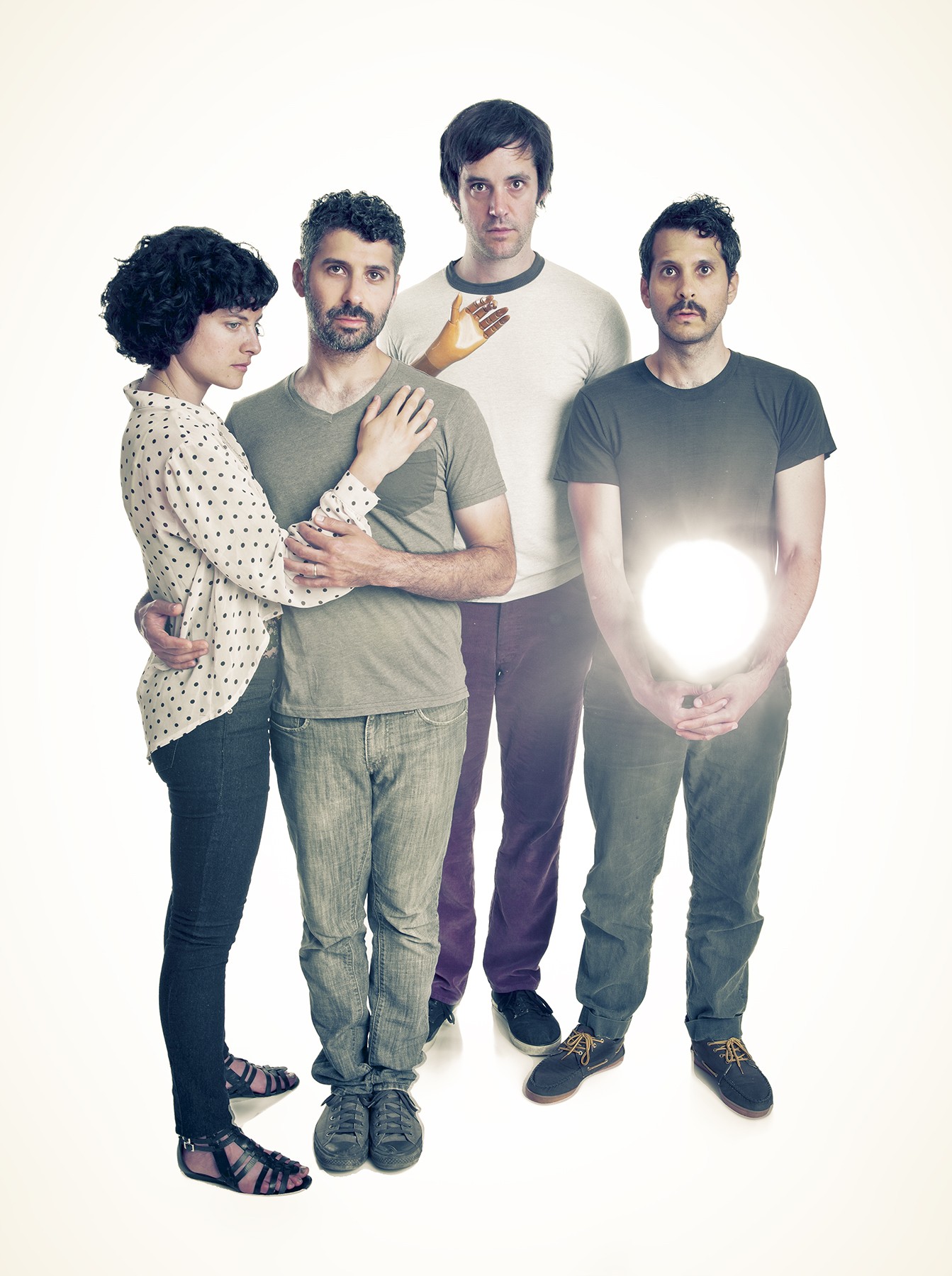 Stashed under the dash is a ragged map. Preset three is the secret frequency. The dot-dash code tells what back road. Come forthright at dawn in one month with white scarf on. ... Six-oh-three, the city is asleep and these streets will greave a million Mardi Gras beads when dawn comes, each one glistening like a Super Bowl ring in the sun. Is it you? Is it you?" - from "For Someone" by Why?

The lyrics offer elaborate instructions leading to who knows where, leaving you with questions unanswered. This is Why? You might wonder, what, or who, is Why?

In the beginning, at the end of the ‘90s, Why? was the nom de rap for young Jonathan "Yoni" Wolf, who recorded DIY mixtapes on a four-track in the basement of a Cincinnati synagogue. Why? ultimately became the name of a band with Yoni's older brother Josiah Wolf and their friend from high school Doug McDiarmid at the core. The music evolved, shifting from rap into indie rock territory, but always revolving around Yoni's poetic, enigmatic lyrics.

The Wolfs headed west, settling in the East Bay for a time and became founders of the alt. hip hop collective Anticon. The band produced a series of albums and EPs, Oaklandazulasylum in 2003, Alopecia in '08, the cool, shining Eskimo Snow in '09. At this point Yoni is once again living in Cincinnati. His album Mumps, Etc. is due out later this year, with the overflow going into a recently released EP, Sod in the Seed.

He says the writing process was different for every song. "Sometimes it comes in quiet moments -- something that makes me laugh, an idea, or the way something might rhyme. I'll write that down save it for later."

Following his brother's advice he assembled one song at a time, starting by printing out his word strings. "I cut it all up, cut out each line, then laid everything out on a table trying to figure out what goes where. ... It's a real puzzle-making process, putting things together into stanzas and then verses then into songs," he explained. "It's much like weaving a rug or something like that, a tapestry that's more ornate that might have a couple of gold threads in it."

He figures the trick is not letting the glints of gold dominate. They don't. See for yourself as Why? takes the show on the road for a West Coast run.

Thelittlestillnotbigenough presents Why? in concert at the Arcata Playhouse, 1251 Ninth St. on Friday, Aug. 31, starting at 7:30 p.m. Fellow Anticon artists Serengeti and DJ Soda Pop open. Tickets for the all ages show are $20 or $17 in advance, available at Missing Link Records or online via www.arcataplayhouse.org.