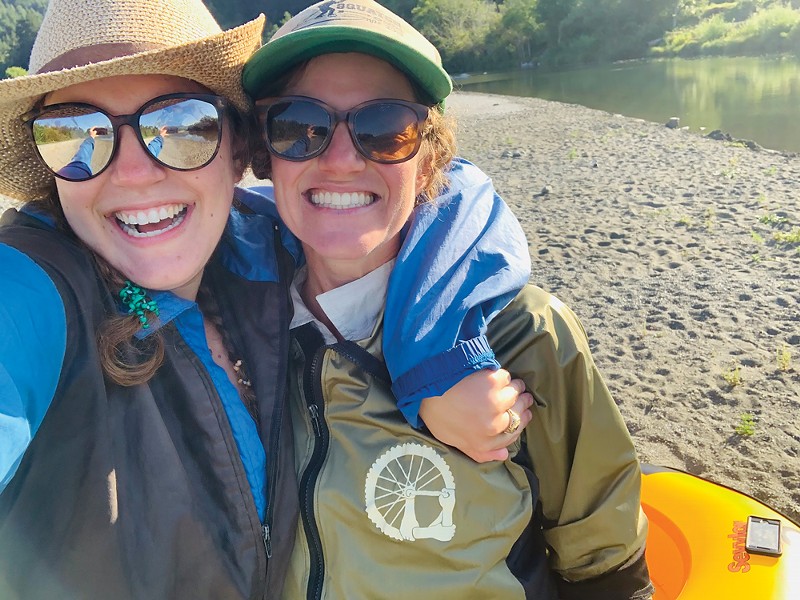 Courtesy of Hollie Ernest Sisterly bonding on the banks of the Mad River.

Photo by Hollie Ernest The author taking a leisurely drift down the Mad River. Well, sort of 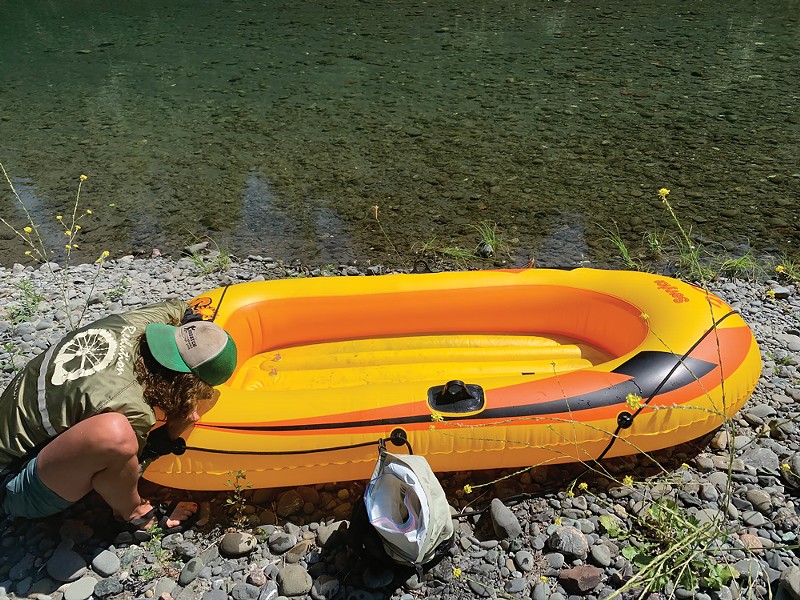 Photo by Hollie Ernest The questionable craft for the river adventure. 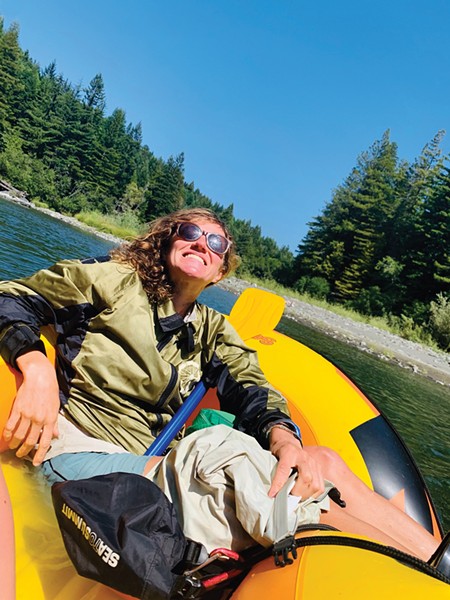 Photo by Hollie Ernest A city-girl adventuring on the Mad River.

Despite being 10 years apart in age and opposites in many ways, my sister and I are very close. On past vacations, my pile of rusty, muddy camping gear would sit in one corner, smelling questionable, while her pile was in the other corner, her pink sunglasses and pink bathing suit smelling like perfume from her matching suitcases. She is nothing short of amazing — her speech at my wedding was like a gorgeous stand-up comedian tugging at your heartstrings, leaving your stomach muscles sore from laughter while you wiped away your tears.

After weighing the risks and quarantining, she came to stay with me last July. With limited options for exploring, we found a packraft in my garage. I told my husband, "I didn't know we had a packraft, why haven't we used this before?" To which he pointed out the words on the box in my handwriting: "packraft and stuff." Well, OK. Sister and I decided to hike upstream from my house on the Mad River, the unceded territory of the Wiyot and Whilut tribes, and float down in this K-Mart quality packraft, imagining a languorous float on a warm day.

We left later than we should have, procrastinating in the fog and morning chill. We walked a few miles upriver, barely reaching the edge of the fog layer, still feeling too chilly to jump in the clear, green water. Even with goosebumps, we felt like kids at summer camp. We blew up the raft, lightheaded and ready for anything. Both of us are full-on southern women born and raised in Memphis, Tennessee, and she couldn't understand how it was the height of summer yet so "cold" here on the coast. Sometimes I don't understand the weather here either. A down jacket on Fourth of July? Now that's just as rude as taking the last piece of fried chicken. The cool breeze reminded us of the ocean's proximity and at the last minute we decided to take windbreakers, which was a rare moment of grounded brilliance in a string of questionable decisions.

We had to repair the raft with Gorilla Tape before it even touched the water. When we launched our unpromising vessel, it spun around a few times and we stared at the motionless current in a deep pool. We slowly picked our way downstream with one and a half plastic paddles that resembled toys. The water was lower than I expected after late spring rains and soon we developed a system of yelling, "Lift!" when we needed to lie across the gunwales (if you could call these limp balloons that) and lift our butts up to avoid scraping the rocks too hard. The wind picked up and pushed us upstream, and I calculated we would not make it before dark. Damn. Damn the late start and the wind, and the cold, and the lack of snacks.

My sister asked me how often people did this float and I responded, "Um ... I've never actually heard of anyone floating this section of river." Her city-girl eyes bulged. I reassured her, "It's fine! I'm sure we'll be fine. There aren't any rapids."

She looked at me skeptically, trusting me in a hesitating, I-have-no-other-option-why-are-you-my-sister sort of way. I reminded her that she once bedazzled part of my car when I let her borrow it.

It got colder and we developed a new, somewhat efficient system of dumping out the flooded boat and re-inflating the raft. We continued to scrape against countless rocks and walk over small rapids. This wasn't the sunny, summertime float I had imagined. Our paddles were useless against the headwind from the west and at times it felt like we were paddling in place because we were. Halfway down, we carefully retrieved the phone from the drybag, noting our meager progress and vowing to walk more sections with our numb, sandaled feet. Sister wore socks under her sandals to save herself from blisters and wouldn't let them appear in any photos. I apologized to her, nervous that she wasn't having fun on our river trip turned arctic expedition. She smiled, noticed we were surrounded by trees and sunshine, and said, "This is amazing! This is the best day ever!" Well, OK.

More hours passed and I just hoped to make it home before dark. Of course, we didn't bring lights or much of anything practical (we did bring a beer each). Nearing dusk, we made it to the take-out, feeling victorious. My sister felt proud of us, as if we were two heroines in our own version of Lewis and Clark. I reminded her we weren't far from my house but that didn't matter. We created our own adventure and explored a piece of this globe where neither of us had set foot or paddle before. Adventure is a mindset.

This epic micro-adventure ended with us carrying our deflated raft home at sunset, slogging slowly through the golden hour and laughing our butts off at our own ridiculousness. We were cold, wet, tired and hungry, but couldn't stop smiling, or thinking about a warm meal.

There is no better way to spend time with a sister than in unfamiliar territory, stomach muscles sore from laughter.

Hollie Ernest (she/her) is a botanist and forestry technician on hiatus from an international bike tour. She is writing a book about her travels, gardening and exploring the corners of Northern California. Follow her on Instagram @Hollie_holly.