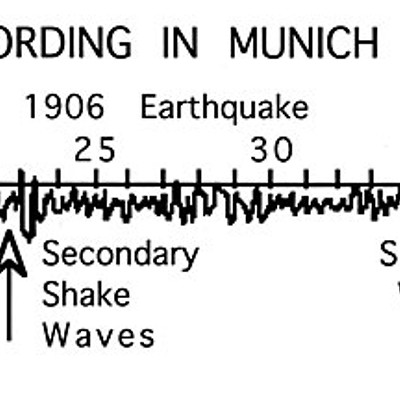 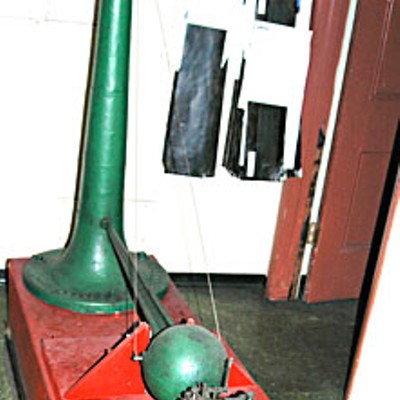 These terms are used in describing earthquakes. "Magnitude" is a measure of the energy released, so each quake has a single magnitude. "Intensity" is an indication of local shaking, which generally decreases with increasing distance from the source. For example, the 1992 Cape Mendocino earthquake had a magnitude of 7.2 determined from seismograph recordings compensated for distance, and the map depicts the distribution of intensities determined from citizen reports gathered by Prof. Lori Dengler. The definitions of intensities include statements like — VI: Difficulty walking. VII: Difficulty driving. VIII: Difficulty standing. IX: Even well built structures suffer damage.

Magnitude is logarithmic, such that each unit increase represents a 10-fold increase in the amplitude of a seismograph's trace, and a 30-fold increase in energy released. When the dimensions of the ruptured fault plane can be estimated, it is possible to calculate the energy released: Energy = Area of Rupture x Rigidity of Rock. Regional stress, caused by slow motions in the Earth's interior, causes strain in crustal rocks. Elastic strain energy is suddenly released, usually without warning, when stress exceeds the strength of the rocks.

Two of the oldest seismographs in the country, built around 1906, have been operating in Ferndale since 1933 (see photo by Lori Dengler). Their horizontal pendulum design has an inertial mass which tends to remain stationary even as the earth shakes. Relative horizontal motion is amplified by levers and recorded on a rotating drum of smoked paper (Richard Roberts replaces it daily). Persistent oscillations are dampened by a vane protruding into a tray of oil.

Our Cascadia Megathrust produced a tsunami in 1700 that caused damage in Japan. Off-shore sandy layers suggest an average repeat interval of roughly 600 years. Nevertheless, you would be wise to prepare for a repeat performance and remember that the Megathrust is not the only fault that threatens our region.