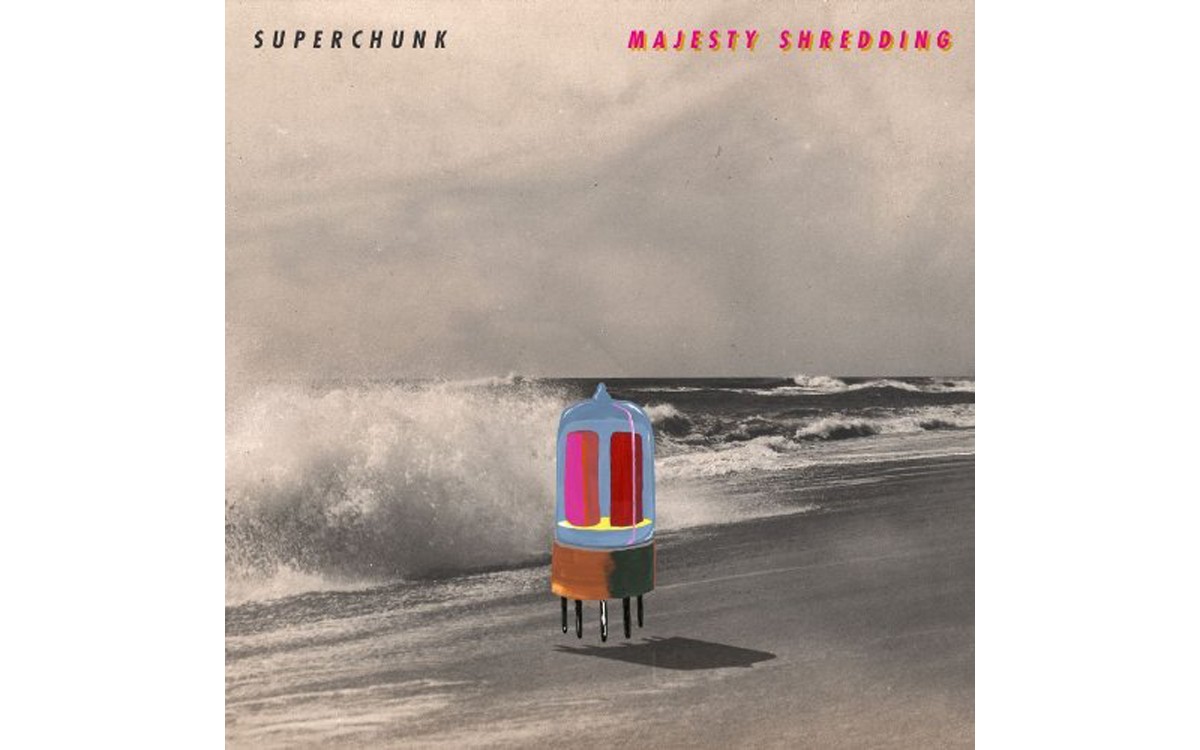 The North Carolina-based quartet Superchunk helped carve out a sound informed by power pop, punk and ’70s FM radio that shaped an important aspect of ’90s rock. Along with bands such as Guided By Voices, Bob Mould's Sugar, Wilco and Redd Kross, Superchunk delivered loud guitars, hook-filled riffs, a pounding rhythm section and pop melodies. Sticking to a DIY ethic, bassist Laura Balance and frontman, guitarist and lead vocalist Mac McCaughan founded their own label, Merge, in 1994. It has since evolved into a model of an "indie" label with integrity. In the same year, Foolish, the band's first self-release (after leaving Matador) became a breakthrough recording.

Even though Superchunk has fiddled with various styles and sounds over the years, including strings, it could never shake the fact that at its true core it's a rock band. And a good one. For this their ninth full length studio release, Majesty Shredding, the band has recaptured the energy and exuberance that was a trademark of their early ‘90's releases. From the opening blast of "Digging For Something," Superchunk, after nine years of near-dormancy (aside from the odd single or EP), seem comfortable and confident in their return.

With guitarist Jim Wilbur and the fantastic drummer Jon Wurster (whose contributions to A.C. Newman's 2009 solo release, Get Guilty, remain a highlight), Superchunk executes songs about getting older, raising kids and changed perspectives with unashamed youthfulness. Age hasn't slowed down them; it has made them tighter. Even though a barrage of guitars is still up front, McCaughan's vocals are more present in the mix, with his high-end delivery developing more of a timbre. "Crossed Wires," "My Gap Feels Weird" and "Slow Drip" (with its clever reference to The Jam's 1979 "Strange Town") are among Majesty's numerous excellent rockers. The mid-tempo ballad "Fractures in Plaster" is surprisingly elegant, both sonically and lyrically. The instrumentation allows space for Mac's eloquent melody and poignant lyrics (of raising a newborn), showing the precision of a band concerned about serving the song.

Without exterior pressure (remember, they own their record company), Majesty Shredding lives up to its grand title, showing the band's maturity while maintaining the rough edges and keeping the volume turned up. The album closer, "Everything at Once," appropriately sums up the recording as whole. "All the minutes and months, the feedback and the drums...everything at once," sings McCaughan in a celebratory fashion flying in the center of a swirl of guitars, feedback, keyboards, bass and drums that brilliantly come together and soar. It may have taken 20-odd years for Superchunk to achieve their finest release, but Majesty Shredding may have arrived in a rare moment where parent and child can actually agree on something they equally like -- and rock out to.