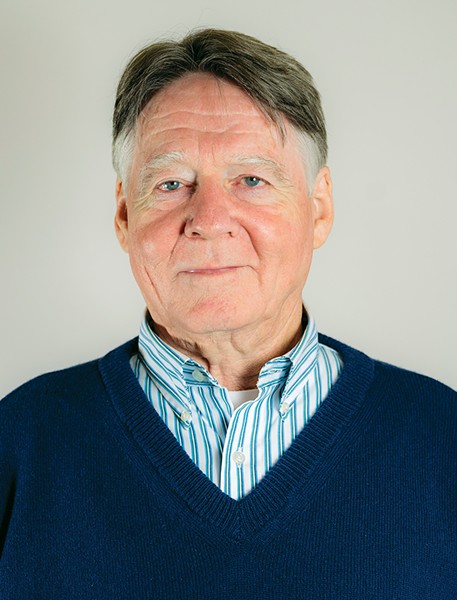 I remember well when I was editor of the Arcata Union in 1986. The Hadley family, which had owned the weekly for more than 50 years, sold the newspaper to a pair of investors from the Bay Area. I interviewed the new publisher, a guy from Nevada, and he said all the right things: "No changes, really. You have a great staff. No need to change anything."

Right. Within two years, a lot changed, the paper was sold again and in the messy process I was fired. One of the reasons I was given was that I was "not friendly enough to the timber industry." My response was, "Gee, they forgot to teach me that in journalism school," as I packed my stuff into a cardboard box and headed to the door. Two years later, in 1990, we put out our first edition of the North Coast Journal of politics, people & art.

With this edition, I am officially retiring as publisher after 29 years. I will still serve as CEO of the company but I'm turning the title of publisher over to the guy who's been doing the job anyway for the last few years, Chuck Leishman. Yes, we are naming a new publisher, but no — unlike the Union transition so many years ago — readers should not expect dramatic changes.

We hired Chuck as general manager in late 2012 to run the day-to-day operations. After a while, I started to work less and less, easing into semi-retirement. I gave up my office two or three years ago. Sometimes when I come in, there are employees I don't exactly recognize. But I do know that the mission of the Journal remains unchanged — our commitment to the highest quality of journalism we can provide Humboldt readers every week and, now, every day online. The best coverage of arts and culture. And the best portfolio of high-end magazines to celebrate this great place we live.

Chuck and I were just arguing about who has been in the news business longer. I officially started as a reporter for the Union in 1981. By then Chuck — who went to what was then Chico State College, majoring in journalism — was already working as a sales rep for the new Chico News & Review. Chuck moved on to Sacramento when the Sacramento News & Review launched. Later he became general manager of The Pitch in Kansas City and eventually publisher-owner of his own alt weekly, Birmingham Weekly.

We have a few other changes to our staff box to announce this week: Melissa Sanderson has been promoted to general manager, Kyle Windham to sales manager, Jonathan Webster to art director and last, but not least, Lynn Leishman to publisher of all our special publications, including Humboldt Cannabis Magazine and the quarterly Humboldt Insider. (The Leishmans, both experienced publishers, came as a set from Birmingham.)

And as long as we are announcing changes, readers should be aware of two new websites that recently launched — digital editions with complete archives of two of our popular glossy magazines — www.humboldtinsider.com and www.humboldtcannabismagazine.com.

As always, we appreciate your feedback.