Or, what is the best way to murder and dismember gophers? 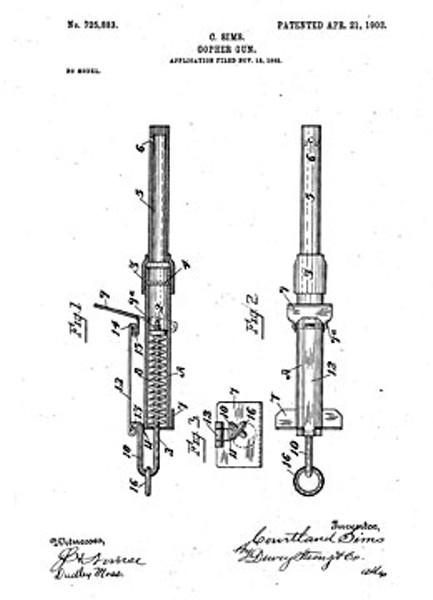 I could have put a layer of chicken wire under my straw bales before I set up my clever new straw bale vegetable garden. How easy it would have been. Clear the weeds, lay down the chicken wire, arrange the bales on top. Had I done that, I would have had a no-dig, weed-free, compostable and biodegradable, gopher-proof raised bed. What a wonderful thing that would’ve been.

But no. I’ve never had gophers in my garden here in Eureka, with the exception of one unfortunate soul who burrowed underneath a poisonous plant and was never heard from again. So it didn’t even occur to me to gopher-proof my straw bale garden.

I’ve been out of town a lot lately, which has not been a problem for the vegetable garden thanks to my brilliant soaker hose irrigation plan. I just pour a couple of buckets of liquid sea kelp in the bales for fertilizer before I leave, and remind my husband to run the soaker hose every morning while he’s downstairs drinking coffee. It’s a no-fail strategy.

Or so I thought. When I got back into town last week, Scott said, “There’s some bad news about the vegetable garden.” Gophers. While they couldn’t penetrate the bales themselves, they squeezed into the spaces between the bales and uprooted tomatoes and herbs. I had arranged the bales in the square, leaving an opening in the center that I filled with straw and compost so that I could plant potatoes. Gone. Robbed.

They made such a mess of my little garden that I considered pulling the whole thing apart, putting chicken wire down, reassembling it, and replanting everything. But this goes against the spirit of a lazy person’s vegetable garden, so for the moment I’ve just patched it back together the best I can. Now I have to figure out what to do if gophers take up permanent residence in the garden.

Normally I am the most easy-going kind of organic gardener. I can’t remember the last time I bought a pest control product. I used to gather up snails and toss them into the street, but now I feed them to the chickens, which is more a form of entertainment than pest control. There were a few rose bushes in my garden when I moved in, and I saw aphids and whitefly on them, but I considered that to be the roses’ problem. I fed them worm castings, which are rumored to deter sucking insects, and I planted the sorts of flowers that ladybugs like, hoping that the ladybugs would eat the aphids. Beyond that, I left the roses alone and told them that if they couldn’t sort out their own problems, they’d be replaced. That seems to have worked.

But this gopher situation is different. These are mammals, not microscopic insects, and I have no qualms about going after them with whatever destructive methods my mammal brain can concoct. The gophers and I are going toe to toe or — well, toe to paw— in our battle for the future of my backyard.

We are talking here about pocket gophers, of which there are about five species in California. They are amorous creatures, starting new families together two or three times a year, with as many as six baby gophers in a litter. They’re hardworking, too, building a network of underground burrows that can extend up to 2,000 square feet, all of which lead to a central nest and storage area that can be as much as six feet below ground. So those of you who are about to start feeling sorry for the gophers should get over it right now. My friends with kids wouldn’t trust me to take care of a single child, much less 20 or 30 of them, and as for building my own house underground? I can’t even pitch a tent. These critters clearly have the advantage.

I fantasize about some of the destructive and illegal gopher eradication methods that I won’t be trying in my backyard. Carbon monoxide poisoning, for example. Hook a garden hose up to the tailpipe, and run the other end down a gopher hole. Actually, don’t do that. It’s illegal and dangerous, but oh, how satisfying it would be. Other highly toxic gases can be forced underground, but the use of fumigants is severely restricted, and besides, who wants to pump the soil full of poison?

There’s a device called the Rodenator (slogan: The Boss of the Burrow) that injects a mixture of propane and oxygen underground and ignites it, creating an underground shock wave or “concussion” that kills the gophers and collapses their burrows. Again: fun to fantasize about, but not the sort of weapon I’d want to have around the house.

It would be nice if gopher-repelling plants —gopher purge, castor bean, or garlic — actually worked, but there is no research to back that up. There’s also no evidence that the devices that send gentle vibrations into the ground actually chase gophers away.

Traps are a humane, but time-consuming option, and they have the drawback of forcing you to go face to face with the enemy. I don’t want to spend more time with gophers; I just want to make them go away for good.

Gardens Alive (www.gardensalive.com) sells a mole repellent in liquid and dry form that is supposed to persuade both moles and gophers to pack their little bags and go destroy someone else’s garden. I’m not very optimistic that such a gentle method will work against such destructive and ill-mannered creatures, but I suppose I’ll give it a try. Failing that, it’s good, old-fashioned strychnine bait for me. Well, not for me. For the gophers.

And if that doesn’t work, I might have to reconsider the Rodenator. Did I mention that it comes with an optional Assault Cart, perfect for hauling your propane and oxygen tanks around, and a ball cap emblazoned with the distinctive Smoking Gun logo? Any gopher that wouldn’t run screaming from the sight of me in a Smoking Gun ball cap deserves what it gets.